“Woo” is about a collision between black lifestyles, when a sexpot looking for “someone impulsive and exciting” ends up with a middle-class professional, and puts him through a severe psychosexual test-drive.

When the smoke clears, she's revealed as not quite as street as she pretends, and he turns out to have a few personality secrets concealed behind that white collar. Along the way, the movie touches on subjects usually side-stepped in African-American films, including the discomfort of black professionals around “country” behavior.

Jada Pinkett Smith stars, as Woo, a girl who likes to party and is looking for a man. Her transvestite psychic friend predicts that a dynamic Virgo is in her future, but she doubts it. That night, she drops in on her cousin Claudette (Paula Jai Parker) and her boyfriend Lenny (Dave Chappelle), but they want to be alone together, so Lenny talks his friend Tim (Tommy Davidson of “In Living Color”) into taking her out. Tim is a law clerk, studying for the bar; Woo suspects a bore, but agrees to the date when she finds out he's a Virgo.

That's the setup for a movie constructed so loosely that I had the feeling some of the characters were introduced after we'd already met them. The film is a series of episodes in which Woo and Tim demonstrate to each other's satisfaction (and certainly to ours) that they have no business being out on a date with each other--although of course, after they survive assorted bizarre adventures, a certain camaraderie grows up between them. As hostages of each other, they develop reciprocal Stockholm syndrome.

The running joke is that Tim doesn't know much about women or, for that matter, black culture. Fixed up on the blind date with Woo, he goes across the hall to get tips from his neighbor Darryl (LL Cool J), who supplies him with a kit containing various stimulants and preventatives, and a cassette of absolutely guaranteed romantic music (“by the time you get to side B, you should be naked”).

Woo is not in the mood to be wooed, however, and the evening breaks down into episodes such as the one in an Italian restaurant, where polite Tim doesn't get very far with the waiter, but Woo (who turns out to speak Italian) does. Then she sees an old friend through the window, and their reunion essentially demolishes the restaurant.

Movies like this don't really establish their characters and draw much of the humor out of their personalities; they go for quick payoffs, easy slapstick and in-jokes based on insults and code words. It's harmless and sometimes entertaining, but compared to Tommy Davidson's previous film, “Booty Call” or for that matter Jada Pinkett's work in “Set it Off” and “The Nutty Professor,” it's lightweight and disposable. 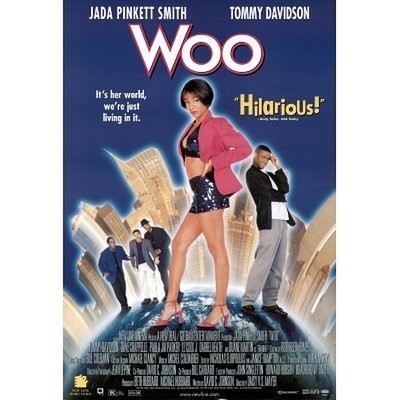