A nice boy with sex much on his mind

Craig Roberts, who plays Oliver Tate, the hero of "Submarine," looks a lot like the very young John Lennon: fresh and hopeful, with the soul of a poet and the self-importance of — well, of a teenager who struggles under the weight of his virginity. He also looks so much like young Bud Cort that if you gave him a pair of Harry Potter glasses, he could star in a remake of "Harold and Maude." The British tone of the film helps; it's set in Swansea, Wales.

Oliver seems to be the author of "Submarine," his own biopic — sometimes literally, sometimes more in the way its tone evokes his preoccupations. Sex is much on his mind, but he sees himself as too serious and cultured to seek it in vulgar ways. True, he rather mistreats Jordana Bevan (Yasmin Paige), a girl in his school, but he immediately regrets that pushing incident, and besides, awkward boys sometimes mask tenderness with roughhouse.

Jordana understands this, and a great many other things about adolescent boys. For example, she knows some of them need leadership or they will stew forever in self-doubt. She isn't a tart, nor is she any more experienced than Oliver, but she's more confident. Their relationship begins with earnest exchanges of searching looks in the school corridor, and soon progresses to having dinner at Oliver's house when his parents aren't home.

His parents are much on his mind. His father (Noah Taylor) is an oddly quiet man, withdrawn, not quite there in the room. His mother (Sally Hawkins) is, like many Sally Hawkins characters, earnestly engaged in whatever occupies her. Right now, she is entranced by a self-styled mystic named Graham Purvis (Paddy Considine), who has the gift of holding an audience spellbound with utter nonsense he seems to make up as he goes along.

It is Oliver's concern that his mother may be growing too involved with Graham Purvis. He reports to us that his parents have stopped having sex and explains the ingenious method he used to figure this out. Simultaneously, Oliver very much wants to start having sex — with Jordana Bevan, who for now occupies all the space available in his mind for possible partners.

"Submarine" isn't an insipid teen sex comedy. It flaunts some stylistic devices, such as titles and sections and self-aware narration, but it doesn't try too hard to be desperately clever. It's a self-confident work for the first-time director, Richard Ayoade, whose purpose I think is to capture that delicate moment in some adolescent lives when idealism and trust lead to tentative experiments. Because Craig Roberts and Yasmin Paige are enormously likable in their roles, they win our sympathy and make us realize that too many movies about younger teenagers are filtered through the sensibility of more weathered minds. 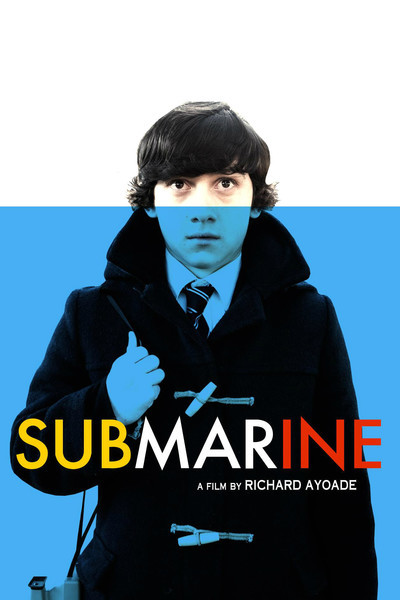