The credits to each episode of Netflix's “Stateless” tout that it's not only “Based on an idea by Cate Blanchett,” but that it's “Inspired by true events.” That last part is verifiable without having to know the exact inspired details, as its depiction of life inside a refugee camp in Australia is like a microcosm for a universal crises. Countless nations have made their borders harsh instead of welcoming, creating institutions that dehumanize people looking for sanctuary.

Directed by Emma Freeman and Jocelyn Moorhouse with three episodes each, this sullen six-episode miniseries concerns the captives but especially their captors. It's successfully immersive with its filmmaking, with its handheld camerawork and love for a good close-up often trapping a viewer inside the sweaty environs of its fictional Australian refugee camp, the Barton Immigration Detention Center. But the most frustrating issue here is one of narrative focus—"Stateless" engages the refugee crises with some extremely tedious optics.

Let's start with miniseries' main surrogate into its refugee experience, an Australian flight attendant named Sofie (Yvonne Strahovski). By the end of episode one, she's shows up dazed and dirty at Barton, answering to a different name, Eva Hoffmann. Unlike other people at the camp, Sofie wants to be deported back to Germany, where (she thinks) she’s from, which is nearly sadistic compared to how others deeply fear their home country, and chose to live in such dire conditions at the camp with hopes of becoming Australian. "Stateless" nearly loses focus entirely by showing Sofie's fraying psyche while she's at the camp, even though Strahovski is game for numerous explosions of crying, screaming, and sometimes dancing, all of it evidence of a mind that itself is lost.

It's revealed in select flashbacks as to why this Australian is a refugee—an experience related to escaping a cult that we meet in episode one, whose engrained philosophy about being whoever she wants to be has broken her. Leader Pat Masters (Cate Blanchett) welcomed her into the cult's world of elaborated dance sequences (Blanchett singing "Let's Get Away From It All" takes on a ghostly significance), but her husband Gordon (Dominic West) preyed upon her, a horror revealed in abrupt cuts when Sofie experiences triggering moments at Barton. Spread throughout the miniseries, there's a tedious manner to how the story reveals its truths, accompanied by Sofie remembering details of how her escape lead to a new identity.

Inside Barton, walking among its residents and sometimes talking with them, is Jai Courtney’s hulking Cam Sandford. He’s one of the many guards working for a private security group called KORVO, and he’s not just one of the newest but also the softest—the latter detail shown in his small chat with a detainee about “Top Gun,” or how he seems to be the only one who repairs the yard’s rickety swing set. Cam is referred to as “an honorable bloke,” and even has to be trained in defensive combat. And so the story sets him on the path of letting his aggressive peers influence what he should simply go along with, all while the heat and claustrophobia starts to eat at his empathy. Courtney gives one of his most interesting performances here, finding more depth in quieter moments than larger scenes that make plain how Cam's arc is like a tidy experiment about becoming a bad cop.

Parallel to the growing tensions between the authorities and detainees, Barton brings in a new general manager for the Department of Immigration, a reserved woman named Clare (Asher Keddie). Clare’s main directive from her government boss Genevieve (Sarah Peirse) is to get Barton “off the front pages,” and that includes getting the two protesting Tamil men off the compound's roof, or making sure the place is tidy for a human rights commission visit. From the beginning, Clare also shares Cam’s type of emotional conflict, as a person of authority who struggles to silence their inner good. And like with Cam, you practically want to scream at the TV that they should just quit their job, especially when she requires riot gear for the arrival of peaceful protestors. But it’s a credit to Keddie’s steely presence that Clare's inner monologue is unpredictable. You’re never sure how she truly feels about the power plays she makes to nonetheless keep her gig.

The life that's most relevant to "Stateless" is that of Ameer, the Afghan man who represents the countless amount of people who have fled their home countries. In harrowing parts of the first episode, we see how he tried to escape Afghanistan with his wife and two children, leading to the first of many tragedies that we witness in his overall story. “Stateless” slips some of its better policy commentary into Ameer's experience, showing how impossible the process is for someone like him to get a protection visa, though he has a relatively sensational backstory involving actions that are hard for Ameer to justify. It's clear that the worldliness of "Stateless" would benefit from more focus on people like Ameer, and yet he seems to have the least amount of comparative screen time between the series' four major characters. The show's writing is strong enough to add some unpredictable complications to Ameer's path to a visa, and Bazzi is arguably the most consistent acting presence, but Ameer’s purpose feels to be carrying much of the show’s suffering to make a simple point.

Nonetheless, everyone’s story reaches a breaking point at a final episode that (without spoiling) has "Stateless" flattening itself out, despite all the major issues at hand. The way it resolves everyone's problems, for now—and cements that it’s more cynical about the refugee camps than one might have originally thought—is dramatically overzealous, to the point of mawkishness. This sixth episode plainly uses misery for its grandiose statement, the soft hands that made for almost too-slow episodes early on now trying to squeeze the cast for their tears.

Other problems with the series arise early on, and linger. Many of the characters in charge make big decisions that are hard to even sympathize with, especially as they become embroiled in an institution that we know, that they know, is plainly wrong. There isn’t much of a debate to be had about the counter-productivity of the refugee system, or the gross use of force in maintaining it, and yet “Stateless” wants its characters to have these open debates for the sake of full-force drama. It's this type of “all lives matter” storytelling that constantly keeps “Stateless” out of touch with the humanity that’s truly at stake. 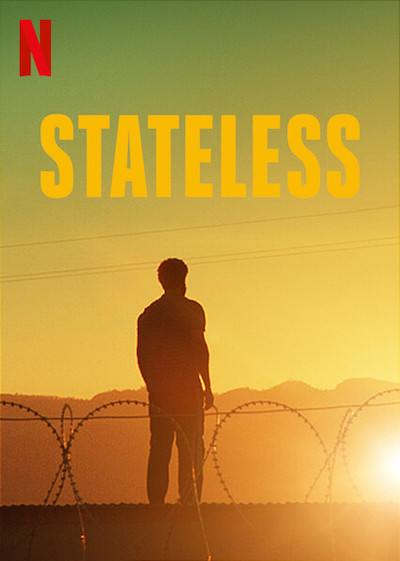