Paul Harrill’s debut feature, “Something, Anything”, is the kind of movie you feel protective of even as you are watching it. Its rhythms and inflections are so subtle, it almost comes as a surprise just how compelling they ultimately become. It is an unmistakably “small” film, but as the story builds up and the characters come into focus, you know you are witnessing something rare and precious: an American independent film that’s understated and intelligent, as well as utterly free of showiness and calculation.

The main character is Peggy (Ashley Shelton), a realtor from Knoxville, Tennessee, first seen accepting a marriage proposal from her long-time sweetheart Mark (Bryce Johnson). A pretty, agreeable and slightly introverted woman, Peggy is good at her job and seems a perfect match for successful Mark, until a miscarriage and a casual breach of trust put an end to their union—all within the brisk ten opening minutes of the movie. After losing the baby, Peggy recoils into herself: the Southern middle-class world she took for granted suddenly becomes unfamiliar to her, maybe even slightly repugnant in its focus on possessions and status. An unexpected sympathy note from a high-school friend named Tim (Linds Edwards), a Kentucky-based Trappist monk representing a life choice radically different from her own, pushes Peggy into a new direction. She quits her job in favor of a lesser-paid position at a local library, cancels her phone service and starts looking into the possibility of monastic living. A reunion with Tim complicates matters, as do Mark’s repeated offers of getting back together and trying to start a family once again.

Far from a standard-issue indie in its basic premise, Harrill’s first outing as a writer/director is very mature in its treatment of a subject from which movies often shy away: the awakening of a religious impulse in a secular, educated adult. Unlike such recruiting posters as the recent “Heaven is For Real” or the 1943 chestnut “The Song of Bernadette”, “Something, Anything” is close in spirit to Fred Zinnemann’s great 1959 “The Nun’s Story”, in which a particular woman’s religious vocation was treated with all the attentiveness and respect one would hope for when dealing with anyone’s sense of purpose in life.

As for Peggy’s choices, they are mostly met with incredulity or derision by her friends and peers, as if a pay cut and cancelling one’s cellular plan were forms of self-mutilation at the very least. Peggy gradually (if gently) retreats into contemplation, and we are always aware of the social price she’s paying, as in a scene in which her judgmental friends try to push her back into Mark’s arms (it is a testament to Harrill’s humane touch that the friends are never shown as bullies). At one point, Peggy reveals that she used to be a competitive cheerleader, and there is indeed something of a cheerleader’s poise and diligence about her. It’s there even in the religious pursuit we witness: the subtle humor of “Something, Anything” comes from the fact that Peggy is loaning out books and making notes on the nature of prayer almost as if she were preparing for some spiritual baton-twirling marathon. She cannot help herself; her seriousness about her choices is her armor (and one much more lasting than the blood-red nail polish we see her apply in the first shots of the film, when she still defines herself by other people’s perception of who she is).

For a movie focused so attentively on its main character, it’s remarkable that we don’t really see Peggy explain her motives to anyone, except to herself in brief glimpses of her diary entries (appearing on screen the way inspirational quotes did in another recent exploration of a woman’s spiritual journey, “Wild”). This is a film about making complex life choices that’s free of excessive talk and excessive actions alike (even the initial separation from Peggy’s husband happens off-screen and we are spared all the bitter words that may have been uttered between the couple).

It would be too much to call “Something, Anything” a story of religious conversion—things never go so far, since Peggy (at one point adopting her given name, Margaret, as a sign of the change she underwent) is only just starting to explore her spiritual side. The script is not pushing her to make any steady commitment to a denomination or a church. In fact, there’s a suggestion that what draws Peggy towards monastic life is less the divinity it is centered on than the seclusion it offers, which only adds to the overall subtlety of the film.

Lensed by Kunitaro Ohi and edited by Jennifer Lilly (whose work already stood out in Rebecca Thomas’ spiritually-minded “Electric Children” from two years back), the film has a nice, compact feeling to it—it’s a movie you just slip into, like you would a pair of brand-new sneakers that surprise you by how great they feel and how far they will take you. What makes it into a real winner is its sustained tone, which is every bit as serene as the life that Peggy starts pursuing. It’s small wonder that the opening motto from a poem by the 19th century poet Christina Rosetti (“Who has seen the wind? / Neither you nor I; / But when the trees bow down their heads, / The wind is passing by”) makes perfect sense in a work of such theological humility and simple, unforgettable beauty. 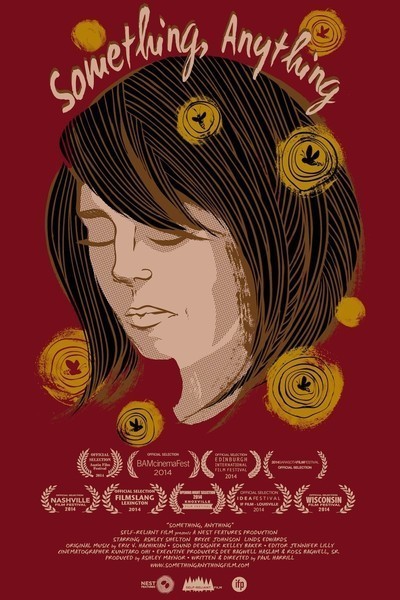