The opening words of Barry Levinson's “Sleepers” are, “This is a true story about friendship that runs deeper than blood.” That's careless writing; how, exactly, does it run deeper than blood, and how deep is blood? But after seeing the film the words I remembered were, “This is a true story.” I doubt it is anything of the kind, and Lorenzo Carcaterra's novel, which inspired the movie, has been convincingly attacked on its claim to be based on fact.

All movies are in some way fiction, so what does it matter? The Coen Brothers' “Fargo” claimed to be based on a true story, and they admit it wasn't; the “true story” bit at the beginning was just a stylistic device. With “Sleepers,” however, the claim is meant seriously, and that bothers me, because it shows moral decisions being made which, in the real world, would have had real results.

The film tells the story of four friends from the west side of New York--Hell's Kitchen--and how they grow up in a tough but protective neighborhood, where the moral poles are Father Bobby (Robert De Niro) and King Benny (Vittorio Gassman), the Mafia boss. When the kids are 13, they steal a hot dog wagon and it rolls down subway steps and crushes a man. They're sentenced to a reformatory where they are tortured and sexually assaulted by a sadistic guard named Nokes (Kevin Bacon).

Now I will have to reveal plot points. There is a flash-forward to the summer of 1981. Two of the boys, now about 28 and gangsters themselves, walk into a restaurant, see Nokes, and shoot him to death. They are brought to trial. But one of the original four, Shakes (Jason Patric) now works for a newspaper. Another, Michael (Brad Pitt), is an assistant D.A. They fashion a scheme in which Michael will try the case in such a way that their two old friends will beat the rap.

“Words like `payback time' and `revenge' came to mind,” Shakes, the narrator, tells us. King Benny, still running the neighborhood, arranges for an alcoholic lawyer named Snyder (Dustin Hoffman) to defend the killers because he can be ordered to follow the script. Everything depends on the willingness of good Father Bobby to provide the defendants with an alibi.

On the surface, this is a story about justified revenge. Dig a little deeper and it gets complicated. The two defendants have become professional mobsters and killers. After their trial, they go back to killing. The priest observes, “I know what they were and I know what they are and it's not about that.” The movie's real subject is a homophobic revenge fantasy, which it justifies with the Cosa Nostra version of honor.

Consider the priest. Nothing in the film indicates he is anything other than absolutely truthful, upright and moral. When he's asked to perjure himself, there is an effective shot: The camera remains on De Niro in closeup, while he thinks, and thinks. The next time we see him is on the witness stand. In a movie flowing with dialogue, he is not given a single word to explain his decision, possibly because the filmmakers know it cannot be explained--anything he says would expose the shallow morality.

Father Bobby must know “his” boys are killers themselves--doing to others worse than what was done unto them (unless homosexual rape is worse than death, a notion the movie flirts with). Father Bobby's church and faith are unequivocal: Murder is wrong, revenge is wrong, two wrongs do not make a right. What the movie is arguing, when Father Bobby lies on the stand, is that the mob-oriented “values” of the “neighborhood” run deeper and take precedence over the values of the priest's faith.

So what we really have here is a situation in which the pop culture version of the Mafia code, as popularized by the evangelist Mario Puzo and elaborated by his acolytes like Carcaterra, is valued above traditional morality. If you doubt that the movie depends on homophobia to justify its morality, ask yourself: If the boys had been beaten but not sexually molested, would the movie play the same way? Would the priest arrive at the same decision? Would the verdict seem as justified? It's necessary to discuss the underlying morality of “Sleepers” because the movie so smugly tries to exploit it without acknowledging it. That said, I must report this is a pretty good movie on more superficial levels. Dustin Hoffman gives a fine, subtle, quavering performance as the shaky defense lawyer who asks his questions so quietly that one witness cannot quite believe what is happening to him. Kevin Bacon is a strong, effective villain. Robert De Niro is used more for his aura than his skills, but makes Father Bobby into the most believable character in the movie.

Jason Patric and Brad Pitt, as the two conspirators, seem more like Woodward and Bernstein in “All the President's Men” than like former West Side Boys, but that's how stars are useful: By casting their roles with stars and casting the two defendants with unknowns, the movie tilts us toward the success of the plot and away from the guilt of the killers.

I liked the way the film evoked Hell's Kitchen; there is a whiff of Martin Scorsese's “Mean Streets.” Some of the supporting performances--especially Gassman's--were colorful. The courtroom scene works, as most courtroom scenes do. As entertainment, the movie functions successfully. But I don't believe the story is true--not true to the facts, and not true to the morality it pretends to be about. 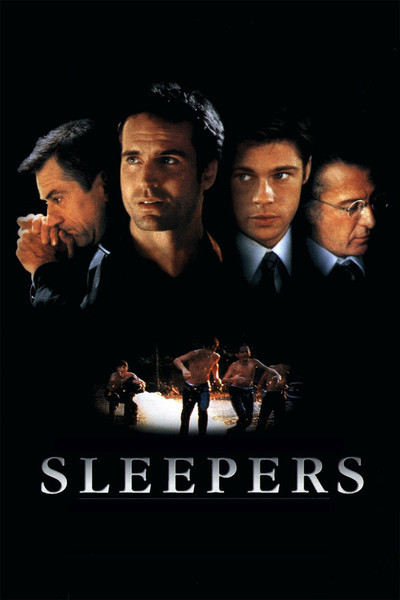