Skin: A History of Nudity in the Movies

The credits of “Skin: A History of Nudity in the Movies” include an unconventional executive producer name: Mr. Skin. Mr. Skin is the name of a very successful web site that collects snippets of nudity from films throughout history and appends commentary telling which body parts of which actors are visible. Mr. Skin is also the nickname/business name of the site’s founder, Jim McBride (not to be confused with the American New Wave filmmaker). It’s unclear whether Mr. Skin the site or Mr. Skin the guy is the executive producer here, but it’s definitely a Mr. Skin product, drawing on a voluminous research file of what old British comedians used to call “naughty bits.”

The documentary also manages that Mr. Skin, er, masterstroke of playing fast and loose with so-called Fair Use exemptions to copyright law. To oversimplify and reduce the entire thing: you don’t have to pay to use pieces of copyrighted works if they are being used for purposes of commentary, criticism, education, parody, or satire. As long as the use of the copyrighted material seems proportionate to the supposed reason for its borrowing (i.e., you only use the very exact thing you're referencing and no more) legally you’re on fairly solid ground. Which is why a site like Mr. Skin can exist without too much legal fuss. They are undeniably providing “education” and “commentary,” even if it's not the sort that would earn you an "A" in sociology class. And they're doing it in a manner that serves as a fig leaf, covering up their raging and lucrative prurient interest.

The surprising thing about “Skin: A History of Nudity in the Movies” is that it does a much better job of justifying how it’s using nude scenes than one might've expected—so much so that, if I were teaching a class on copyright, I’d show my students this movie, as long I didn’t think it would result in a reprimand from human resources—and with a caveat that sites like Mr. Skin are a big part of the reason why so many actors flat-out refuse to do nude scenes anymore, regardless of whether the work seems to call for them.

All the expected historical signposts are duly noted, including 1969’s “Midnight Cowboy,” a wistful drama about a redneck gigolo in New York City, becoming the first and only X-rated film to win an Oscar as Best Picture. But the documentary also talks about the constantly morphing relationship between filmmakers/distributors and the Motion Picture Association of America, including the reason for the organization’s founding: to head off government censorship by letting the industry police itself.

Of course this new system produced hypocritical, sexist, homophobic, sometimes self-defeating results. The MPAA was always more forgiving of female than male nudity. And it has always been more inclined to give an NC-17, adults-only rating to a film with one brief scene of two women or two men having sex than a feature like "Basic Instinct," which is filled with languorous sequences of naked men and women in bed. A fun footnote to the main action talks about how an erotically charged nude wrestling scene between Oliver Reed and Alan Bates in 1969's "Women in Love" was ordered cut by the ratings board because it seemed, well, too gay, but once the filmmakers removed the middle section of the wrestling scene, the ending closeup of the two men lying on the floor exhausted made it seem as if they'd actually had sex.

And there are intriguing detours that discuss the imbalance between female and male nudity (which has only recently started to equalize somewhat); the prevalence of rape and sexual assault as narrative justification for nudity; the gradual erosion of the idea that nudity would destroy a legitimate actor’s career (disproved by Marilyn Monroe after old nude photos taken earlier in her career were published in the debut issue of Playboy); how independent and exploitation filmmakers responded when the big distributors entered the skin game in the middle part of the 20th century.

A section dealing with the effect of #MeToo on sex scenes is particularly well-done, explaining what an “intimacy coordinator” does on set, and explaining how nudity in mainstream films is laid out ahead of time in performer’s contracts, clearly stating what body parts can be shown and from which angle.

Considering that the entire documentary is about pushing boundaries—for art, profit or both—it’s disappointing that director Danny Wolf tells the story in such a tediously prosaic way—though this, too, might be a crafty strategic move, as the many copyright owners being shrugged at here might have gotten a lot angrier had “Skin” been an exciting, innovative work, as opposed to a merely informative one. The list of interviewees makes it worth seeing: besides critics, historians, and the current head of the MPAA, we hear from big-name pioneers in mainstream nudity, including Malcolm McDowell, Pam Grier, and Sylvia Miles, and performers who had one foot in the mainstream and another in exploitation/porn, such as Sybil Danning and Traci Lords.

That a good many viewers will skip the academic commentary while shuttling between nude scenes feels like an irony that Mr. Skin would not just approve of, but applaud. 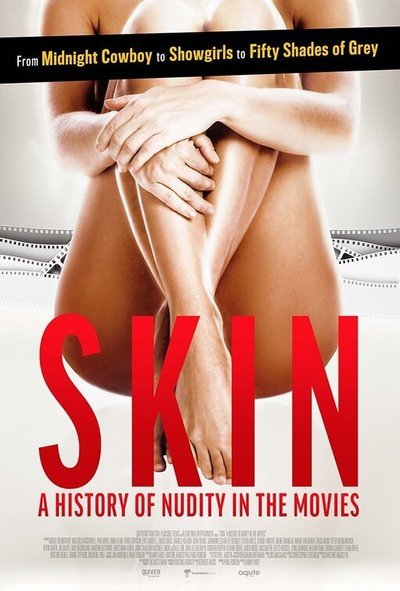 Malcolm McDowell as Self

Shannon Elizabeth as Self

Sean Young as Self

Traci Lords as Self

Marilyn Monroe as Self (archive footage)

Eric Roberts as Self

Kristanna Loken as Self

Pam Grier as Self

Cerina Vincent as Self

Linda Blair as Self

Diane Franklin as Self

Sybil Danning as Self

Peter Bogdanovich as Self

Bruce Davison as Self

Mariel Hemingway as Self

Joe Dante as Self

Amy Heckerling as Self

Mamie Van Doren as Self

Martine Beswick as Self