The ideal viewer of “Score: A Film Music Documentary” is someone who enjoys film music but doesn’t know a whole lot about it. For me, therein lies a paradox, because I’m the sort of person who tries to find out about things he likes. And, of course, as someone who writes about movies professionally it behooves me to know a few things about film music.

That said, I was kind of surprised by the amount I didn’t learn from this brisk picture written and directed by Matt Schrader, making his feature debut. It practically begins with film music expert and Variety writer Jon Burlingame saying “Film was never silent.” My friend the critic and historian Leonard Maltin then comes in to talk about how music was initially played in movie theaters to cover up the whirring of the projector. They go into the wonders of the Wurlitzer organ before getting into the silent era and the development of the full orchestral score.

The composer David Newman states that before Max Steiner’s music was added to the climactic Empire State Building scene of “King Kong,” the film was “stupid and kitschy.” Mr. Newman is the cousin of genius film score composer Randy Newman and the son of the even more genius Hollywood composer Alfred Newman. Thomas Newman, another genius composer, is David’s brother. But while Alfred, Randy and Thomas have movies such as “How Green Was My Valley,” “Toy Story,” and “American Beauty” and more under their belts, “Daddy Day Care” is more David Newman’s speed, which may be part of why he feels compelled to call “King Kong” “stupid and kitschy.” I don’t want to drag too much on Mr. Newman here but his statements are characteristic of the movie’s overall implicit bias concerning the importance of film music. I have no argument that in certain movies the music can enhance the scene to make-or-break point. What is objectionable is the way some of the composers here talk as if the filmmakers themselves don’t realize it.

And again, maybe this has to do with the fact that I myself know enough about film music that I don’t have to hear “Bernard Herrmann—he had balls” from a Keith Urban lookalike whose signature career achievements have been scoring both “Guardians of the Galaxy” films. This fellow, one Tyler Bates, goes on to say the “Psycho” shower scene is not scary without Herrmman’s music, and what do you know, when played silently, it sure doesn’t have that much impact. He also says that without the imagery, Herrmann’s music sounds like so much noise, which suggests that he’s not a guy who’s gonna have much use for Pierre Boulez, although I sort of figured that out around the time I noticed he was a Keith Urban lookalike.

Not all of the personalities in this movie are so annoying. That’s in part because, with the major exceptions of John Williams, Cliff Martinez, and Gabriel Yared, the resourceful Schrader seems to have gotten fresh interview footage with every working composer in Hollywood today. Some of them, including Thomas Newman, Atticus Ross and Trent Reznor, Mark Mothersbaugh, and Hans Zimmer, are a pleasure to hear from. Others are noteworthy for their exceptionally firm grasp of the obvious. The Darth Vader March from the “Star Wars” movie is “SO martial” observes one. "'The Good, The Bad, And The Ugly' is such an iconic piece of music,” says another. But the variety of voices proves a liability because given the movie’s relatively brief 95-minute running time, Schrader has to parcel out his soundbites ruthlessly, and he doesn’t always show, to my mind, the greatest judgment in terms of focus. In one section, he has contemporary scorers talking about the impact of Jerry Goldsmith, particularly his innovative work on “Planet of the Apes” (speaking of dissonance) and “Chinatown,” but about three minutes in the movie shifts to a relatively extended paean to Williams. Who deserves it but, come on. Another speed bump is that the original footage of filmmakers in the scoring room is also attached to movies that turned out to be of little import. Shots of a frail Garry Marshall giving notes in a scoring session for “Mothers Day” are sad for several reasons, none of which are really germane to the subject ostensibly at hand.

This is a movie that is too frenetic and basic to make a substantial impression. I appreciated a kernel of observation here and there, but not enough for me to give it a whole-hearted embrace. 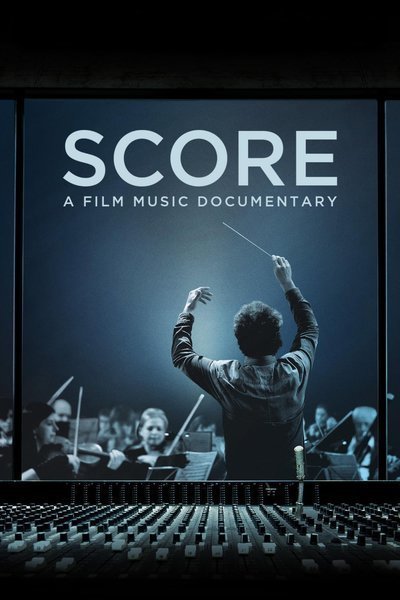