American writer/director Steven Shainberg is an uncompromisingly idiosyncratic filmmaker, which is one reason, I infer, that he’s only made four features in a career that began in 1996. His commitment to pursuing his vision—which, in part is invested in putting a highbrow gloss on what is generally considered genre material—is entirely admirable in the abstract. It’s in the material results department that things get dicey. His 1996 debut, “Hit Me,” ostensibly adapted from a Jim Thompson novel, was one of the most laboriously pretentious and tedious noir variations of its decade. Shainberg did hit paydirt with 2002’s “Secretary,” a dominance-and-submission tale that applied erotic-dimestore-paperback stylings to a Mary Gaitskill short story, and had career-high performances from James Spader and Maggie Gyllenhaal. 2006’s “Fur” misfired badly, ostentatiously applying overextended metaphor to a consideration of the life and art of Diane Arbus.

“Rupture” is Shainberg’s first film from his own original story, although said story contains a lot of familiar elements. Noomi Rapace plays Renee, a single mom of Canadian origin stuck in Middle America trying to do the best she can with a rebellious tween son and a terrifically unpleasant ex-husband. Early in the film, feeds from small video cameras show that Renee is under surveillance; a small device clamped on to one of her car’s tires suggests even more sinister goings-on. Sure enough, a blowout sends Renee to the side of the road and also to a rather elaborately staged abduction, during which her face is wrapped in shiny black duct tape.

Why shiny black, you may ask. Indeed. As it eventually becomes clear that Renee ought to be delivered to her captors in good health, the better for them to manipulate it, you’d think that her handling might call for more actual care. But, you know, shiny black duct tape looks cool and threatening. Soon Renee is strapped down, hard, to a metal gurney, which makes a lot of metallic noises as she bangs her body against it. She’s in a room with a triple-deadbolt lock that makes a neat “Bang! Bang! Bang!” clang whenever it’s shut. The lighting of the room is peach-purple and the walls look like rotting meat. The production design is a tired mix of cliché and dink. A couple of seeming functionaries, played by Michael Chiklis and Lesley Manville, show up, don silly rubber goggled with extended lens holders, and phone in some menace. A fellow prisoner gibbers to Renee through a heating vent, mentioning something called “G-ten-twelve-X.” When she repeats the letters and numbers to her captors, one of them says “If you find out what that is then you’ve made real progress.”

Curiouser and curiouser then—if, as it happens, you wind up caring. This movie did not turn that trick for me. Eventually Renee does break free from the gurney, and goes crawling through the air vents, and witnesses the torture, physical and psychological, of the other presumable kidnap victims. Which goes on for what seems like 40 straight minutes (it’s not, but it sure feels it) and is put into some kind of relief by the possibility that it’s all being staged for Renee’s benefit anyway. It’s not involving; it’s not scary; it’s just kind of miserable. When the ultimate purpose of Renee’s ordeal comes to light—I don’t think it’s a spoiler to comment that it’s like a self-empowerment seminar scripted by M. Night Shyamalan—the compensation for the aforementioned misery seems scant indeed. 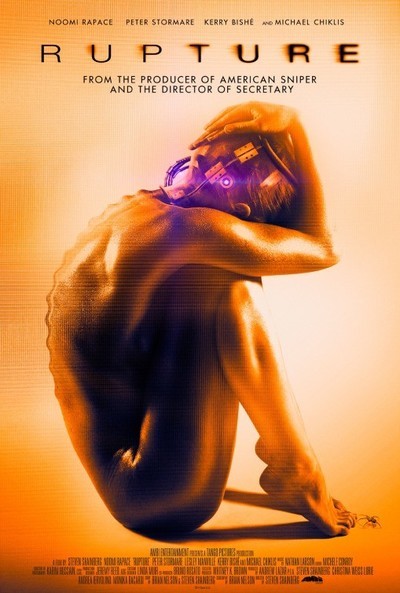