The Netflix documentary "Rising Phoenix" explains that Paralympics is "para" as in "parallel," not "paralyzed." The world-class athletes that comprise the event are astonishingly powerful: A man without arms competes in archery, using his legs and feet to pull back the bow and shoot the arrow smack into the bullseye. A woman whose arms and legs were amputated competes in fencing. Another woman who lost a leg to cancer is a swimmer. A man running on prosthetic blades competes in what we can no longer call a foot race. A man in a wheelchair plays rugby, one of the most brutal contact sports in the world. The players smash into each other in what looks like high speed bumper cars.

The Paralympics, which take place just after the Olympics in the same location, is about more than who can be the fastest, the strongest, the best. It is about reclaiming the idea of wholeness, for the athletes themselves but, more importantly, for everyone, to show differently abled people as powerful, capable. "The games are the shop window of the movement," we are told. "We are all superheroes because we have all experienced tragedy, something that didn't allow us to succeed, and that's where our strength lies. We are trying to save the world." Prince Harry, founder of the wounded warrior Invictus Games, says it is undoubtably better than the Olympics because you are watching something "you've been taught is impossible."

"Rising Phoenix" takes us to the London games in 2012, with a welcome from Stephen Hawking via his mechanical voice and billboards throughout the city cheekily thanking the just-finished Olympic games there "for the warm-up." And then comes Rio, where political and financial upheavals put the entire event at risk until almost the last minute.

In structure, this is a typical sports documentary, with a combination of up close and personal backstories to get us invested in the athletes, along with some training footage and then some breathtaking moments of competition. It is all assembled with great skill by directors Ian Bonhôte and Peter Ettedgui and cinematographer Will Pugh, whose most recent documentary was "McQueen." The editing and camera placement bring us into the competitive events so vividly we can almost feel the heartbeats of the athletes. One event includes a skillful use of slow motion as we hear the athlete tell us what he was thinking and then we see it again in impossibly fast real time. The bodies of the competitors are photographed to emphasize their strength, their power, and their unquestionable beauty; classical Greek-style statues modeled after the athletes frame the chapters of the film.

"Rising Phoenix" covers some of the struggles the Paralympics has faced, including 1980, when the Soviet Union refused to host because they said there were no disabled people there and the very real risk until weeks before the games that the Rio Paralympics would not happen at all. While there is enough here for two or three films, it might have made sense to include some information about questions of eligibility, or qualifications to explain how people with different levels of disability compete in the same events. There's also more to be said here about the doping scandals that they, like the Olympics, have had to face.

Italian fencing team member Bebe Vio gives the film its name, explaining that she identifies with the mythological phoenix because it is consumed by fire and then lives again. She loves to ask the other Paralympians about their backgrounds, though, she warns us, "there are funny stories and less funny stories." She was an 11-year-old already competing nationally when she got meningitis and her arms and legs were amputated. Her father taped a foil to her stump and she was ready to go back to competition.

American archery competitor Matt Stutzman was born without arms. One of the film's highlights is his story about meeting his prospective adoptive family. They took him out to lunch with their three other children to see if they would get along. His now-siblings said they were not going to go home without him. Stutzman's family, like many others in the film, encouraged him to do everything himself. As with so many of the other athletes, it was sports that gave Stutzman a place and a purpose.

The brief section on the origins of the Paralympics deserves a movie of its own. Founder Ludwig Guttmann was a Jewish doctor who escaped Nazi Germany and became dedicated to helping marginalized people. In England after WWII, he was assigned to a hospital for returning soldiers with spinal injuries. At the time, it was expected that they would get infections and die within six months. But Dr. Guttman ordered that they be turned every two hours to prevent bedsores. And for morale and physical therapy he got them to play sports. The first Paralympics competition was at his hospital in 1948 and had just 16 people. It became international four years later when the Dutch participated, and officially became the Paralympic Games in Rome, Italy, in 1960 featuring 400 athletes from 23 countries.

A 2013 ruling from the Obama administration followed by the Sports and Fitness Equity Law now requires schools to give disabled students access to sports. Like the Title IX rules that gave women equal access to school sports and led to a generation of women athletes, it will inspire and train a new generation of athletes. We look forward to seeing them in the 2028 Paralympics, looking to pay the champions in "Rising Phoenix" the ultimate compliment: smashing their records. 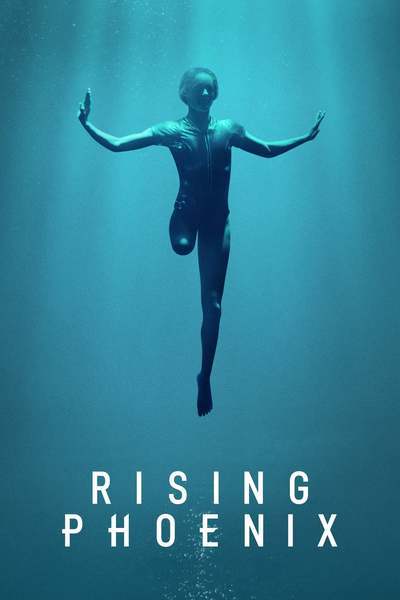 Jonnie Peacock as Himself

Tatyana McFadden as Herself

Jean Baptiste Alaize as Himself

Bebe Vio as Herself