When you describe "Rams" to someone who hasn't seen it, it sounds like you're making it up as a means of kidding art-house movies and film festival fare: two brothers who haven't spoken in 40 years feud over rams in rural Iceland. On top of that, writer-director Grímur Hákonarson's feature is done in a style that film professors would call "austere," most likely in discussions of a filmmaker like Robert Bresson. It's shot in widescreen, with striking compositional use of sky, land, rooftops and fences, often in long-ish takes that give you time to register the crunch-crunch of boots over snow, the baa-ing of sheep, the whisper of wind over the mountains and the like. The film prefers to observe Gummi (Sigurdur Sigurjónsson), his older brother Kiddi (Theodór Júlíusson) and their neighbors going about their business without a lot of expository dialogue. An entire scene might consist of a bearded man (which doesn't narrow things down, as nearly all the men in this film are bearded) wandering into a dimly lit stable and inspecting a sheep's fur.

And yet "Rams" is an involving, at times curiously exciting film, because the story is so clean and simple and we always know what's at stake. We never find out exactly what caused Gummi and Kiddi to stop speaking to each other, but we know it must have been bad (or maybe they're just stubborn) because they live on adjacent farms, see each other ever day and raise sheep descended from the same ancient bloodline but never exchange a word.

Dormant resentment awakens when Kiddi wins second place in a yearly livestock competition. Gummi discovers, during an unauthorized inspection meant to disqualify his brother's win, that Kiddi's prize ram might have scrapie (BSE), a contagious and incurable virus along the lines of Mad Cow Disease that requires all the livestock in a region to be destroyed. This crisis unexpectedly drives the brothers back together again, though not in the orderly and predictable way you might expect. The inherently heartwarming nature of this tale of an icy feud thawing is undercut by the filmmakers' detached, at times anthropologically exact way of presenting the characters and their way of life. You spend a rather long time during this movie simply watching characters exist. That's something mainstream American films almost never do, and there's something quietly riveting about it, provided you can adjust to the film's slowed-down, 19th century rhythms. 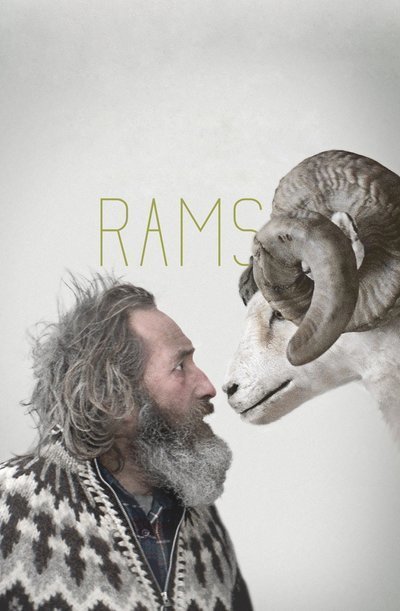