A woman dances alone in her apartment to the cheese '80s classic “It Takes a Muscle to Fall in Love” by Spectral Display. Her son and daughter look at her swaying from behind her, amused as we all are when we catch people with their guards down. Their mother turns around to reveal running mascara and the expressions on the faces of her children change as well. In many ways, this early scene is what Sam de Jong’s “Prince” is about—posturing and posing that hides something deeper. We are never at our more image-obsessed than in the hazy, horny, love-sick days of our teenage years, and while “Prince” feels a little slight when the credits roll less than 80 minutes after it begins, it’s still a strong, creative addition to the crowded coming-of-age genre.

Our troubled young man this time is named Ayoub (engaging newcomer Ayoub Elasri). His mother is lonely, looking for love online but mostly failing. His half-sister is his most supportive ally, getting him more than the barely-men with whom he spends most of his time hanging out, looking at the common objects of teenage obsession—cars and girls. Ayoub’s dad is a junkie, seen almost entirely in an abandoned, emptied pool in which he shoots up and basically avoids Ayoub’s attempts at connection. At one point, Ayoub tells him, “Dad, I’m in love,” and he just laughs, knowing the trouble such a statement often leads to, and unable to really offer any cogent advice.

Ayoub is in love with a beautiful young woman named Laura (Sigrid ten Napel), who smiles at him and then tells her boyfriend about it. Laura’s boyfriend is one of the older, tougher guys on the other side of the street, and he doesn’t take too kindly to the young punk talking to his girl. Writer/director Sam de Jong crafts parallel groups. Ayoub and his friends are matched across the lot by what they might look like in ten years—another group of dude-bros with more tattoos, muscles, and the beginning of crow’s feet. It’s the same macho bullshit, tinged with more aggression and more failure. And Ayoub wants to nab Laura from its clutches before it’s too late.

At the same time, an even darker predator than Laura’s boyfriend lurks on the fringe of “Prince” in the form of a local gangster named Kalpa (internationally known rapper Freddy Tratlehner). He drives a flashy car and his name is spoken in hushed tones. He’s clearly crazy. Can he teach Ayoub how to stand up for himself? Can he be the father figure this young man so clearly needs but lacks?

The first act of “Prince” is stylish and creative. It is about the teen years of boredom and insecurity as much as anything. These kids who think they’re men hang around in what looks like constant sunshine, doing almost nothing but forming their identities in the process. De Jong and his team often shoot from unique angles, like knee-level, and sometimes even allow the characters to speak directly to the camera. This is the life of a teenager—stylized, exaggerated, but hollow. A synth-heavy score reminiscent of Cliff Martinez’s work on “Drive” gives the entire piece a unique flair.

As “Prince” gets more plot-heavy, especially in an emotional final act that the young actors can’t quite handle, it gets a bit less interesting. Some of the decisions made by Ayoub, especially after he realizes his sister has a boyfriend, feel forced. It’s hard to believe given its short running time, but “Prince” actually needed less plot. It’s the way that “Prince” captures those hazy, confused days of teenage life with its own direct style that works, not the manipulative twists of its narrative climax. Luckily, none of the missteps of “Prince” derail the piece entirely. Like the emotional minefields of adolescence, the characters quickly move on to the next beat, and when they walk into the future in the final scenes, I was surprised how much I enjoyed my time with Ayoub and his buddies. I wondered where life would take them from here. And that’s the sign of a good coming-of-age film—it captures how this phase is not an ending but just a new beginning. 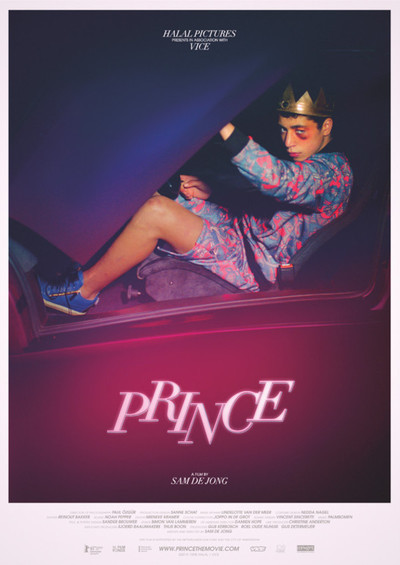