Once upon a time, when there was still a market for midnight movies and offbeat works like “El Topo” and “Eraserhead” developed large cult followings, a film like “Perfect” might have found an audience. This is not to say that it deserves comparison with those classics, but the film's combination of gruesome body horror, trippy visuals and trippier philosophical musings might have struck a chord with the late-night crowds, as seeing the film during straight hours does not do it any favors. Eddie Alcazar’s movie is ambitious enough, but it's the work of a would-be visionary without any clear vision. "Perfect" ends up suggesting what might resulted if Terrence Malick and David Cronenberg were hired to collaborate on a remake of “Altered States,” though it's nowhere near as interesting as that.

Set some time in the future, the film opens with a handsome young man (Garrett Wareing) making a desperate phone call to his mother (Abbie Cornish), begging her to come home from her trip “with the girls.” We don’t know who he is—he is only referred to in the end credits as “Vessel 13”—but we do know that he's in trouble, as we discover his freshly murdered girlfriend lying in the bed next to him. When we next see him, Mom is taking him in a limo to a distant clinic—a place where, it is implied, she herself once spent some time—where he will undergo some form of treatment designed to ensure that he will not act violently towards others again. When he arrives at the facility, however, it seems less like a medical clinic than an elaborate fashion magazine spread brought to semi-life, as impossibly gorgeous people lounge around looking studiously bored while the more active among them take the occasional dip in the pool. Among them is Sarah (Courtney Eaton), who briefly befriends our hero before telling him that it will never work between them because she has achieved a higher state of evolution than he has.

After spending a few days being admonished by a mysterious voice (Tao Okamoto) piped into his room via intercom to “choose his path,” the guy finally begins his treatment. This consists of him slicing small chunks of flesh from his body with a futuristic X-acto knife and replacing them with pieces of clear plastic in a gruesome variation of self-improvement—literally cutting out the malignant parts of his being in order to present a better and ostensibly purer version of himself to the world—that has the additional benefit of altering his own presumably defective perceptions into something more socially acceptable. Unfortunately for him, instead of being able to evolve into a better person, he finds himself plagued by a series of increasingly traumatic visions of a long-ago culture featuring brutal acts of violence that he finds himself relating to far more than anything else he has been learning during his stay. While all of this is going on, we also hear, via voiceover, the thoughts of Dr. Price (Maurice Compte), who appears to be the person in charge, but makes the narrative waters even murkier with virtually every sentence.

Perhaps befitting a film in which the narrative dwells so much on surface appearances, “Perfect” is certainly a striking-looking movie. Alcazar makes reasonably effective use of cinematographer Matthias Koenigsweiser and production designers Calder Greenwood, Greg Lang and Paul Rice. The trouble is that these elements, as impressive as they sometimes are, are no match for the confused and sometimes laughable screenplay by Ted Kupper. I am fairly certain that I could not pass a test about what exactly occurred during the film but I am equally certain that Kupper would have struggle with such a quiz as well. This isn’t the case of a story that leaves much up to the audience to ponder, while having an internal logic that can be followed. Instead, this is a grab bag of half-baked ideas, potentially tantalizing plot developments that go nowhere, and agonizingly portentous dialogue that never pulls it together.

“Perfect” simply has its sheer weirdness going for it, but that just isn’t enough to cover for its other deficiencies. That said, I would not necessarily want to dissuade anyone from seeing it if my description of it has made it sound interesting to them. I would, however, suggest that if they do decide to check it out, they should try to hit the latest showtime possible. 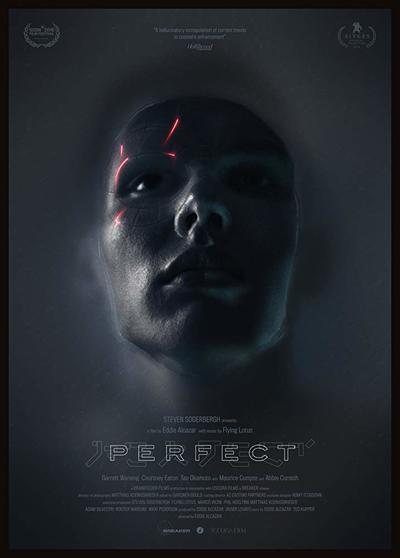