"One More Time" begins with a rather inspired kind of fake out. A young man and a young woman, in a clinch after what was probably an inebriated pick-up, are at the man’s place. The man puts on a vinyl LP, which denotes what it denotes, and what comes from the hi-fi is an old-style crooner singing “The barman and I are on very good terms … ” And the woman demands he turn it off and put something else on. Which the man does.

Smart man. The woman, the viewer learns in the subsequent frantic morning-after scene, is a bedraggled but still fetching Amber Heard, who runs out of nameless guy’s apartment and staggers into a recording session. Nothing fancy: she’s part of a girl group laying down radio station jingles. But she’s clearly talented. And struggling, as the next scene shows her packing up and leaving an apartment from which she’s been evicted.

Heard’s character, named Jude, drives out to what seems to be a pretty sweet setup: a sprawling house in the Hamptons owned by her dad, Paul Lombard (Christopher Walken) who used to be a big crooner in the Tony Bennett mode. While retired, he still dreams of the spotlight, not just for reasons of ego but on account of what his ego demands. As cozy as his house is, he bitches that it’s in “the slums of the Hamptons,” not even ON the beach. Paul wants to drive his latest comeback with his first songwriting effort, a piece of sub-Cole-Porter doggerel that opens “If I’d been born in Hindustan/I’d reincarnate like the Hindus can.”

As it happens the Hamptons house is crowded with other conflicts. Jude’s younger sister Korinne (Kelli Garner) is married to Tim (Hamish Linklater), a onetime ex of Jude’s; they have a difficult young son. (In a manner that’s somewhat typical of these setups, Walken’s character is on occasion seen instructing the boy in how to be inappropriate.) Paul’s also on his fifth or maybe sixth wife, Ann Magnuson’s Lucille, who’s disliked by pretty much everybody but Paul. And Jude herself, struggling with booze, a surly attitude, a married lover and big, big daddy issues that daddy himself only ever makes worse, is a spectacular hot mess on her own. The father-daughter sparring is pretty funny; after Paul disparages Jude for her work in a post-punk trio whose name should probably not be reproduced here, Jude shoots back, “I notice your contempt for our music didn’t stop you from banging our drummer.” It doesn’t take long to put the two-and-two together; Jude can’t stand to hear that “barman” song not because of her own alcoholism, but because of the guy who’s singing it.

The whole cast (which also includes Oliver Platt as a simpatico family solicitor) sinks its teeth into the material, which is reasonably meaty. While Garner’s character keeps comparing turns of events to “something out of Mamet,” the family dynamics recall Chekhov if not O’Neill. This movie doesn’t plumb to the depths of the latter or reach the heights of the former, but it’s not nothing. The depiction of the music scene milieus is more convincing than is customary (interestingly, Garner, whose character is referred to as the family member without musical talent, also served as one of the guitar coaches for the movie’s singing-and-playing performers), the songs are decent (the composer is longtime veteran of New York cabaret Joe McGinty), and the movie’s denouement is convincingly low-key. 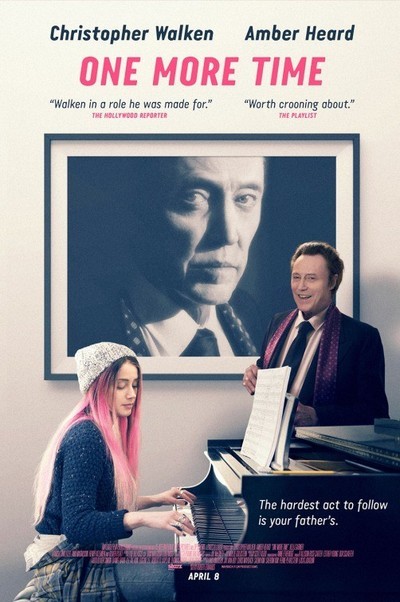