Coming-of-age fantasy "One and Two" is the kind of adolescent power trip that only really works if the adult antagonists are done just right. "Antagonists" may seem too strong a word, but that's essentially the role that parents play in these types of films. In "One and Two," you have to believe that there's a vicious or at least threatening presence that keeps siblings Zac (Timothee Chalamet) and Eva (Kiernan Shipka, better known as Sally Draper on "Mad Men") intrigued, but fearful of finding out what lies outside their country home's borders. High walls that are supposed to, in Eva's words, "keep other people out," are also a geographical representation of over-protective parenting gone wrong. Still, despite its romantic, Southern Gothic-style landscape photography, "One and Two" never feels as momentous or as angsty as a good story about moody teenagers should, and that's mostly because the film lacks a menacing parental adversary.

Zac and Eva are hidden away from the outside world because they live with a secret that father Daniel (Grant Bowler) does not want the outside world to know about: they can teleport from one place to another just by concentrating. The rules of this innate ability is mostly implied, though co-writer/director Andrew Droz Palermo ("Rich Hill") actively suggests that the kids need to be able to visualize (though not necessarily with their eyes open) where they're going in order for their abilities to work. Still, while Zac and Eva have become accustomed to their powers, Daniel remains worried. Daniel watches his children play in an open field, and prays that his children's super-natural senses aren't a divine curse. Speaking about Eva, Daniel asks God: "I don't understand: what service is she to you in this state?" He adds: "I am asking for your help; I am asking for your clarity."

These lines set up a fascinating power dynamic: man prays to God, but God doesn't answer, so man punishes children. But that kind of trickle-down relationship isn't explored in an emotionally involving way, not even in the above-mentioned introductory scene. We don't get to see what Daniel looks like when he's reaching out to God because in the moment, we're looking at Zac and Eva playing through Daniel's eyes. This is, technically, a fairly sophisticated kind of subjective point-of-view technology since Daniel's absence suggests we're not just sutured into his perspective: we're seeing things as Daniel wants himself to be seen while he's observing his kids--an invisible, omniscient presence. Here, Palermo subliminally reinforces the idea that Eva and Zac do not know what they haven't yet seen by only teasingly showing Daniel when he's ready to show himself. Moreover, we can only clearly make out the expression on either Zac of Eva's faces when Zac abruptly teleports towards the foreground of Palermo's expansive shot. The scene has an incredible depth-of-field: you can't see everything that's going on in the background, where Zac and Eva play. But when Zac pops into the foreground, you realize just how clever Palermo's visualization of Daniel's distant and hyper-compartmentalized relationship with Eva and Zac is.

Unfortunately, while the style of "One and Two" is intellectually exciting, it's not viscerally engaging enough to make Zac and Eva's yearning to successfully express both their desperate need to feel normal and/or escape Daniel's influence. Daniel is the emotional springboard that Zac and Eva react against since mother Elizabeth (Elizabeth Reaser) is ill. But take a look at the scene where Daniel punishes both of his children by making them face their respective bedroom walls while he pins the shoulders of their clothing to their walls with a hammer. It's a beautiful, mysterious scene, but it's shown in such a way that you have to strain to make out what's going on. And in the middle of this kind of scene, you shouldn't have to struggle so hard to understand why events are played out as icily as they are. By the time Daniel breaks down, and begs Zac to understand why he's done the things he's done, you can't help but wish that you understood Daniel's perspective better beyond an unmoving, ostensibly soul-baring confession, and an earlier prayer. "One and Two" is superficially exciting, but there's not much more to it than that. 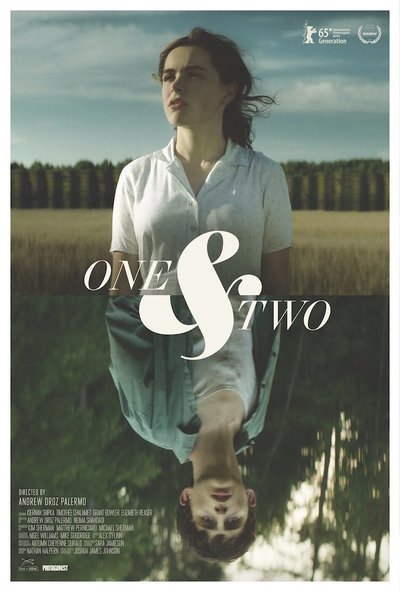