Of Men and War

Making its national premiere on PBS tonight after first playing the Cannes Film Festival in 2014, "Of Men and War" provides a different perspective of PTSD than we often see from American stories about war. Directed by Laurent Bécue-Renard, who dedicates the film to the WWI experiences of his grandfathers, "Of Men and War" is not the type of Iraq soldier film one may expect. It does present intricate experiences of PTSD, but does so with distance.

Our entry point to their lives is their trauma, the way they share their own stories behind sunglasses and brand name clothing, or how we simply listen to them in a quiet conference room with a few fellow Iraq veterans. They're introduced without names or a background about their homelands or specific operations; we know more about how they got to veteran home Pathway more than anything else. These men are then bonded by their traumatic experiences with death—causing it or witnessing it. Their body language is as revealing, as those listening sit, stunned.

Bécue-Rernard goes for an ultimate realism when collecting these stories, his camera just one of many gazes in the room during these scenes. His framing is not claustrophobic, and any discomfort the soldiers may have in sharing their stories doesn't seem to come from the idea that they're being filmed. Poignantly, when the sessions end, the veterans get up and walk out, our gaze staying inside the conference room. We very rarely hear what they talk about on their smoke breaks.

Through the subject matter of their monologues and various footage from them in the outside world, a few common thematic threads emerge. Family is one key entity, in how these veterans deal with their PTSD while at home resuming as normal a life as possible, one man completely silent while his girlfriend tries to keep him mentally present, talking about a new home and starting a family. With some of its lighter moments, "Of Men and War" keeps us in check on the highs and lows with its editing, as when footage of a wedding is followed up immediately with another veteran talking about killing himself.

But though he strives for as natural a depiction of trauma as possible, Bécue-Renard can prove to have a slightly heavy hand with the smallest details, which can be too much for such a delicate topic. The editing often runs close to speaking for its subjects, like when reaction shots of veterans reacting to minor stresses (screaming babies, Christmas carol music stopping) end abruptly. Even the music feels wildly out of place, with swirling woodwinds seemingly pulled out of a 1960s Georges Delerue score.

Fascinated to a limit by the image of trauma, the movie lacks a full vision. Even in the third act, when arcs start to be fortified regarding the veterans' past, present and future, the emotional effect is cold. By withholding information for so long and generalizing them as recurring faces in a room, its different representations of trauma are mixed together in one stew, even though we're talking about extremely specific, life-changing experiences. Bécue-Renard brings his own brutality to the topic, one that isn't needed in a movie about PTSD, by putting us at odds with feeling his subjects' pain, or only studying it. 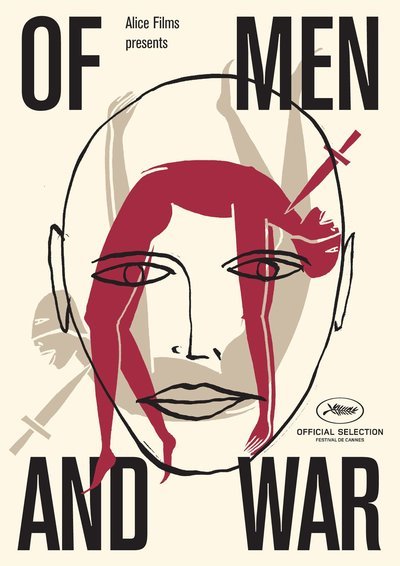