I'm 100% in support of the "Now You See Me" films in theory. They're lighthearted, original entertainments, they're filled with charismatic actors playing hip, attractive characters, they aren't remakes or adaptations of pre-existing properties, and they fully embrace their ridiculous premise: that rock-star-awesome magicians can play Robin Hood, standing up against scheming fat cats who try to bully the world with money. Unfortunately, the execution of the first movie was lacking, to say the least. Rather than find a way to convey the idea of sleight-of-hand in purely cinematic terms, by playing games with framing so that the eye is misdirected, it just showed you things and then explained via tedious expository dialogue and flashbacks that it wasn't what you thought it was. The result was a bit like hearing a friend tell you about an awesome magic show: you just had to take his word that it was awesome while wishing you'd actually been there to experience it.

"Now You See Me 2," which reunites the crusading magicians for another heist/adventure, offers more of the same narrative shortcuts, substituting extensive flashbacks, whirling camerawork and digital effects for a truly magical sensibility. There's not much awe showcased here. The film is mainly horseplay, wasted motion, and talk, talk, talk, with a few good action scenes, the best of which involves the main characters passing a card back and forth in a laboratory, and enough smart-alecky banter between skilled actors that the time passes painlessly enough.

Like the last film, it has a lot of plot—so much that after a while it might as well not have any at all. The Four Horsemen—including newcomer Lula (Lizzy Caplan), a geek trick specialist who replaces the last film's Henley Reeves (Isla Fisher)—get ensnared in a diabolical scheme masterminded by billionaire Walter Mabry (Daniel Radcliffe), who has access to a chip that can instantly scoop up private data from every mobile device on the planet. This story intertwines with a revenge plot pitting FBI agent and secret Four Horsemen fifth columnist Dylan Rhodes (Mark Ruffalo) against magic debunker Thaddeus Bradley (Morgan Freeman), who was incarcerated at the end of the last movie but pulls strings from his prison cell in this one.

There's a related revenge plot involving the group's patron from the last film, Michael Caine's billionaire Arthur Tressler. I'll be a good sport and refrain from saying precisely how Tressler fits in, even though there's no point being coy: although the script delays Tressler's entrance until fairly deep into the picture, Caine is featured prominently in the ad campaign, and you figure out his relationship to the story the instant you see him again.

The film takes Dylan, Lula, prestidigitator Daniel Atlas (Jesse Eisenberg), card master and acrobatic badass Jack Wilder (Dave Franco)—who faked his own death in the last movie and is back in this one; he's on the poster, too, so don't gripe at me about spoilers—and hypnotist Merritt McKinney (Woody Harrelson) on a journey to Macau, China. This city is described as the Las Vegas of Asia and the birthplace of illusionism. As the team plots to disentangle themselves from Mabry's clutches by making contact with the proprietors of the world's oldest magic shop, an ancient hole-in-the-wall run by Li (Jay Chou) and his mother Bu Bu (Tsai Chin), they stage tricks that are really covers for heists and bits of tactical misdirection. These in turn are merely distractions covering some other scheme that hides some other agenda. Most of the major characters have motives that hide other motives that are ultimately camouflage for the first motive, or for some "surprising" third motive, and it's all explained through quickly edited, heavily narrated flashbacks proving that what you thought you saw wasn't what you were really seeing. Thaddeus pops up to lecture other characters on the history and traditions of magic and give viewers a chance to visit the concession stand.

As in the first movie, the "What the hell, why not?" quality of the storytelling is engaging at first. As in Steven Soderbergh's "Oceans" series, a clear influence on this one, the cast seems to be taking the events about as seriously as they should be taken—i.e., not very. The exception is Ruffalo, whose character is working through heavy-duty childhood trauma involving his father, an illusionist who died in New Jersey in 1984 while preforming a televised, Houdini-style, safe-in-the-water stunt that we're told wouldn't have happened if Thaddeus hadn't egged him on by insulting the legitimacy of his magic. As is so often the case, Ruffalo, one of American film's most understatedly excellent leading men, makes you believe what common sense tells you is absurd: that an FBI agent could aid a bunch of wisecracking, globetrotting magicians by deliberately fouling up his own agency's investigations, all in the name of salving a psychic wound that's been festering for over thirty years. Thaddeus describes Dylan's animosity as fuel for a "long con," and he's right.

Still more preposterous is the revelation that Merritt has a twin brother, also played by Harrelson of course, outfitted with a wavy fright wig that Merritt accurately describes as looking as if it were made "entirely from old man pubes." Harrelson and Harrelson play this relationship as a goof, though, and it feels about right. To the surprise of older viewers who thought that Woody the bartender on "Cheers" was the role that he was put on earth to play, Harrelson has become one of those spot-on character actors with leading man charisma that you're always happy to see, even when the material is weak. You know he'll commit to the material while conveying how much respect he has for it, with such subtlety that it never feels as if he's condescending. The delight he takes in playing opposite himself here nearly compensates for the forgettable material that director Jon M. Chu ("G.I. Joe: Retaliation") and screenwriter Ed Solomon have saddled him with.

Like the first film, which was helmed by French action director Louis Letterier ("The Transporter"), this one is a collection of cross-cut set-pieces, interrupted by mouthfuls of explanatory dialogue and tricked up with CGI and lavish transitions. Many of the subplots (in particular the hint of romance between Jack and Lula, and the relationship between Mabry and Tressler) are not even one-quarter baked, forget about half.

With its affably slapped-together storytelling and its travelogue-style showcasing of Macau nightclubs, casinos and narrow cobblestone streets, the film is perhaps best appreciated as an English language cousin of one of those very goofy, very busy Chinese action comedies from the '80s or '90s. I'm thinking in particular of the "God of Gamblers" series, starring Chow Yun-Fat as a master card sharp and devil-may-care adventurer whose identity is a secret to all but his closest associates because he has somehow managed to avoid being photographed throughout his adult life. Mabry, a billionaire who was presumed dead and now lives off the grid, even has a line that links him to Chow's character in the "Gamblers" films: "In a world of total surveillance, the only true power lies in not being seen." 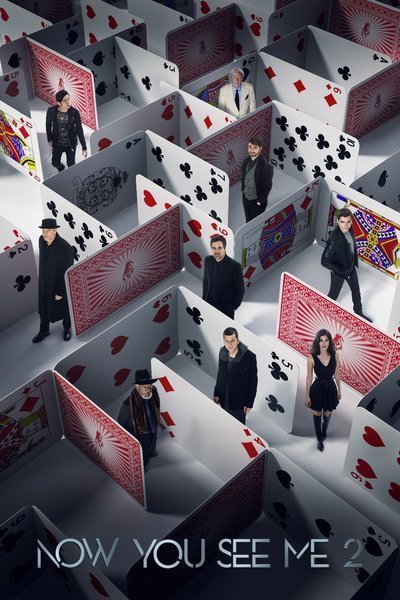 Rated PG-13 for violence and some language.