Darren Aronofsky’s “mother!” is one of the most audacious and flat-out bizarre movies that a major studio has released in years. The director has never shied away from controversial filmmaking, but this deep dive into metaphorical horror finds him working in a register that feels crazy even for the man who made “The Fountain” and “Noah.” “mother!” is at times horrifying, at times riveting, at times baffling, and at times like nothing you’ve ever seen before. It both owes a debt to horror masters like Polanski and De Palma and is so distinctly a movie that no one else could make. At its core, it is a film about the male ego, the female instinct, and the most horrifying thing in the world: people who want more from you than you can possibly give.

“mother!” is a deceptively simple film in terms of set-up, taking place entirely at a remote home that was not-long-ago burned in a fire. Two people, named only Him (Javier Bardem) and Mother (Jennifer Lawrence), have been working to remodel the home, which belongs to him. He’s a once-famous writer, but has lost his desire to create. She’s clearly in charge of most of the decisions around the home, choosing colors to paint one of the still-decrepit rooms.

One night, there’s a knock on the door. As far as we can tell, these two people are miles from civilization—Aronofsky does a fabulous job of making the home feel dangerously remote—and it’s clear that she isn't expecting or wanting a visitor, but he jumps to answer it. The person identified only as Man (Ed Harris) enters with a story and the man of the house offers to let him stay the night. The next day, Woman (Michelle Pfeiffer) arrives. While Lawrence’s character is hesitant to allow these people into their home, Bardem’s seems willing and eventually even eager. Of course, it helps that Man reveals he’s really a big fan of his writing. There’s nothing like a little stroking of the male ego.

To say things get stranger from here would be a massive understatement. Without spoiling anything, a film that starts in one register—feeling almost like it could be a movie like “Rosemary’s Baby”—becomes something else entirely, breaking all rules of realism. To be fair, Aronofsky hints at this early. Mother puts her hand on the wall and we zoom into the house to see something that resembles a dying heart. There’s a blood spot on the floor that doesn’t seem quite right. There’s more to the world of this film than you can even imagine, and Aronofsky only gets more intensely metaphorical as the film proceeds to one of the most simply mindblowing climaxes in a very long time. In an already notable career, the peak insanity set piece of “mother!” may be Aronofsky’s most remarkable accomplishment to date.

As for what "mother!" is about, you should be warned that this is far from a traditional horror film. Aronofsky makes it clear from early on that he won’t be playing by the rules, and he uses that freedom to examine gender roles and the differences between artistic and literal creation. Bardem’s writer regularly proclaims that he is inspired by other people, but he’s more of a taker than anything else, someone who thrives on encouragement as much as he does empathy or emotion. Lawrence’s wife is always cleaning up after the people in her house, working to build a home instead of just a showcase for her husband’s career. Of course, it’s remarkably easy to read a bit of self-reflection into “mother!”—is Aronofsky really the one who ignores the safety of domesticity and privacy to create? People will write lengthy interpretations, some of which will contradict each other, and I think that’s a major part of what Aronofsky wants here—to work in a style that allows for various readings of the film and no easy answers. Those looking for a straight-up horror movie should definitely look elsewhere.

Which should not imply that “mother!” isn’t often terrifying. Working with his regular gifted cinematographer Matthew Libatique, Aronofsky shoots the film with a stunning degree of close-up. We are on top of Lawrence and Bardem for most of the film, which not only amplifies the claustrophobia but allows Aronofsky and Libatique to play with a limited perspective. We stay close on Mother, and can barely tell what’s happening behind her or to the sides. The lack of establishing shots keeps us off the game when it comes to a typical horror experience. We often spend horror films looking for answers—Who's the killer? Who's going to die? Who's going to live? "mother!" changes the genre rules. It thrives on horror of confusion, which is the main currency of the film. It’s a visually striking film, although we shouldn’t expect anything less from Aronofsky.

The tight look of the film puts a lot of weight on Lawrence’s shoulders, and I’m not quite sure she can handle it. Her character is a tough one for any actress in the sense that she’s often as confused as we are, forced to respond to the increasing nightmare around her, and Lawrence doesn’t quite nail every beat. And when the film demands she turn up the terror in the final act, she just didn’t sell it for me. I’m not saying she’s bad here, but I’m also not convinced that there aren’t performers who could have done a great deal more with the role. More memorable, although this is also by virtue of the juiciness of her too-small role, is the fantastic Michelle Pfeiffer. She marches into a room like she owns it, and nearly walks away with every scene she’s in. It’s the part you’ve been wanting her to get for years, and I hope it leads to more high-profile work.

“mother!” is going to make people angry. It’s going to make people ecstatic. It’s that kind of film—a movie that feels like it was purposefully made to be divisive, and completely unapologetic and unrestrained in terms of its creator’s vision. Love it or hate it, and there will be many on both sides, it’s a film people will talk about, which is both exactly what Aronofsky wants, and what we should demand more of from our movies. 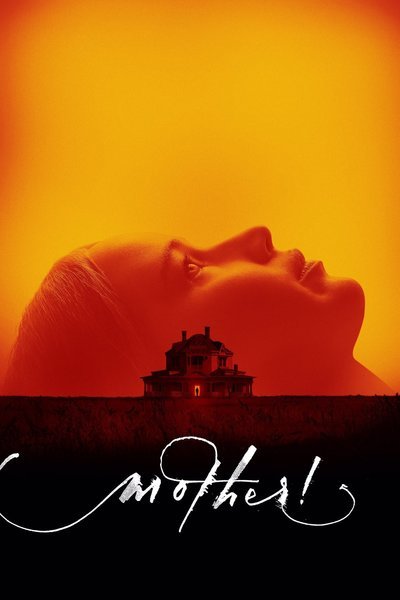