"Most Wanted," a thriller set at the intersection of journalism, police work and drug dealing, isn't as generic as its title. But its characters and story have just as much trouble making a strong impression. This would be frustrating under any circumstance, but it's particularly vexing here, because you can tell that everyone involved gave their all on behalf of what seemed like important work, made in a format that rarely gets financed anymore, let alone released to theaters. (Too bad most theaters were closed due to pandemic when the movie was initially released; its thoughtful sound design and handheld widescreen cinematography deserve an optimum viewing experience.)

Written and directed by Daniel Roby ("White Skin," TV's "Versailles"), set in 1989, and shot in Canada and Thailand, "Most Wanted" is a socially conscious suspense picture with a big feel that belies its low budget. The movie's look, sound, and rhythm as well as the "two strong characters, two separate but intersecting stories" format, are so clearly informed by the career of Michael Mann that when Roby drops one of that filmmaker's most distinctive music cues ("In the Air Tonight") into a scene with the same situation (drug dealing on a boat), it's as embarrassing as catching someone trying on another person's too-large clothes.

Hartnett plays Victor Malerek, a handsome, long-haired, thick-mustached investigative reporter for newspapers and TV. His reputation for righteous, confrontational journalism is matched by his infamy as a conceited agent of chaos—a human bulldozer who neglects family and coworkers unless he needs to ask favors or beg forgiveness. Our introduction to Victor finds him in a TV studio, grilling an evasive subject. Then his beeper goes off, interrupting the interview, giving the subject a pretext to storm out, and setting Victor on a high speed drive to meet the person who beeped him: his wife Anna (Amanda Crew), who gave birth without him. Between failing to turn off his beeper and deciding to do a marquee interview while his wife was in labor, we immediately get that Victor is a standard-issue antiheroic crusader who hopes breaking a great story will prove that he's worth the trouble that follows him everywhere.

Unfortunately for the movie, we've seen this sort of man many, many times. And despite having established Victor's personality in the second scene and letting it stand as shorthand for the kind of guy he is, "Most Wanted" keeps returning to Victor's marital and professional problems even though there's a vastly more compelling story happening in the same timeline: Antoine-Olivier Pilon (Léger), a low-level criminal and addict, becomes ensnared in an ethically bankrupt and illegal government scheme. The details are easy to find if you Google production stories about "Most Wanted," and they're intriguing enough that I wouldn't want to spoil them here. Let's just say that it all amounts to cops of various sorts trying to entrap people whose guilt is known but hard to prove, then letting the human instrument of their schemes (Antoine) take the fall when the plan fails.

Léger is so strong in the film's secondary lead role that he nearly rescues parts of "Most Wanted." He's an up-and-coming international star whose work in such films as "Mommy" and "1:54" marks him an exciting, soulful character actor in a leading man's body. Like young Robert De Niro, Denzel Washington, Edward Norton, or Tom Hardy, he radiates such intense energy and makes such surprising choices in the moment that I could see him inspiring a fan club, if he doesn't already have one. There's so much happening in his face and body language, even when the character is hiding important information from others, that it partly compensates for the tediousness of the script, which seems comprised mainly of exposition disguised as banter, deployed to fill in the knowledge gaps of people who missed a couple of scenes because they were scrolling their phones.

Jim Gaffigan is almost as effective as a sleazy, slobbish, violent drug dealer/addict who hastens Antoine’s downfall. Though previously known as a sitcom actor and standup comic, Gaffigan has increasingly distinguished himself as a character actor whose roles seem chosen to neutralize typecasting. He doesn't pull off the explosive rage required to put the fear of God in viewers—something about his performance makes the character's threat level come across as a 4 when it needed to be a 10—but in every other way, this is a striking performance, particularly when he shifts into a smarter-than-thou, psychologically invasive mode that the late Philip Seymour Hoffman used to specialize in.

Hartnett, though, is a disaster. His unconvincing performance amplifies many of the movie's worst tendencies. Exuding "maverick hero on the edge,” it's a bundle of predictable and shallow choices, from the insinuating smirk whenever Victor grills people to the way he stalks from point A to point B, indicating  unstoppability for viewers who might've missed it.

Focusing on the young criminal and treating Victor as a supporting character and exposition provider might have lessened at least some of the movie's problems. But Hartnett, who could be a soulful, naturalistic blank slate in early roles, makes things worse by consistently failing to dominate scenes where you're supposed to believe Victor is getting what he wants by being louder, more charismatic, and nobler than anyone standing in his way.

A mediocre film that's unaware of the poor choices it's making is much harder to watch than a bad film that relishes its stupidity and poor taste. At least the second kind of film can be fun. 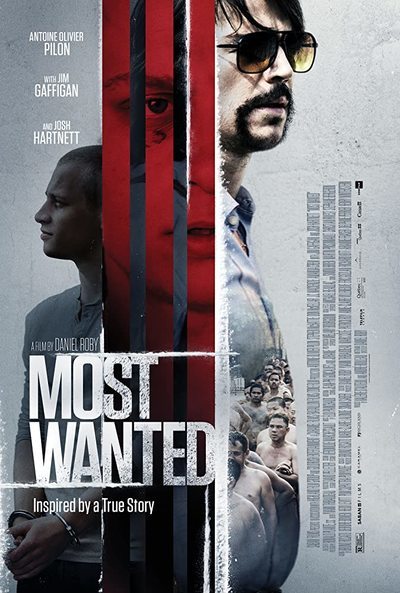 Rated R for drug content, language throughout and some violence.