The opening scene of “Miss Meadows” sets a peculiar, and peculiarly labored, tone. Katie Holmes, in a very proper anachronistic ensemble, walks down a sidewalk in a beautifully manicured suburb. She reads from a poetry anthology and occasionally breaks into a tap dance. A CGI squirrel raises an eyebrow, a CGI bluebird chirps. It’s all very opening-scene-of-“Blue Velvet,” only forced, secondhand; the special-effects animals aren’t nearly as arresting/disturbing as, say, the animatronic robin at the end of “Blue Velvet” was. Soon enough, a vulgar fellow in a pickup harangues Holmes from the road, threatening her if she continues to refuse to accept his offer for a “ride,” if you get what he’s saying and-his-other-dialogue-will-guarantee-that-you-do, and she pulls a handgun from her purse and plugs him.

After which she grows slightly agitated, as a bit of blood spurting from the fatal wound she has delivered to her victim has gotten on to her dress. A phone call follows; Holmes’ character, the title character of the movie, asks her mother (Jean Smart) again what’s the best organic way to remove a bloodstain from a valued piece of clothing.

For the first thirty-five minutes or so, “Miss Meadows” unfolded for this viewer as a kind of cinematic curio. Written and directed by Karen Leigh Hopkins (who also scripted “Stepmom” of 1998 and “Because I Said So” from 2007), “Miss Meadows” toddles along as a kind of spiritually inert not-quite satire. Substitute teacher Meadows advises her young charges to wish for the recovery of their ill regular teacher, and a sour colleague advises the younger woman “Mrs. Dodd’s got the big C, don’t fill the kids with false hope.” Miss Meadows responds in a way that indicates she’s some kind of monster of optimism, and her interesting habit of taking every turn of phrase literally (after an awkward amorous encounter, her partner asks “Is this your idea of pillow talk?” and she replies “Pillows don’t talk,” oy) puts one in mind of another unsuccessful movie, Alan Rudolph’s near-insufferable “Trixie.” “What is happening here, and why?” I asked myself, although I wasn’t quite suffering. It was also a little unnerving to notice that Katie Holmes’ performance was actually, in terms of what was being called for, was committed and conscientious in an above-and-beyond-the-call-of-duty sort of way. Trying to work up some optimism myself, I allowed that the movie could go either way.

Well, I was wrong. As Meadows enters into a tentative romance with a local law enforcement person (James Badge Dale) who is, surprise, in charge of the curious case of a female vigilante, and Meadows begins a cat-and-mouse game with a creepy neighbor who’s also a recently released convict, the movie goes for something darker than the weird mess it had previously realized, and becomes replete with dumb “you’re-just-like-me” dialogue exchanges. The earnestness brings the movie from mildly irritating pastiche status to actively awful, and that is all she wrote. “It’s like ‘Pulp Fiction’ meets ‘Mary Poppins,’” a character observes of the vigilante ongoings about midway through the picture. In fact, the riskiest thing this movie does is to invoke two different movies that one would be entirely better off watching. 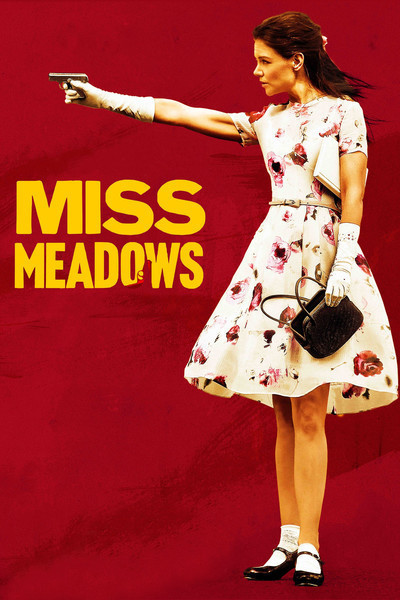