Eric Schultz’s “Minor Premise” comes from a particularly hardcore strand of sci-fi storytelling, the kind that wants to sneak a thriller inside an intense science lesson. Part of the ambition here is in watching a film that's so smart it's practically experimental when compared to the average sci-fi fare. That doesn’t necessarily make for an emotional film, but for sci-fi fans who long for something that takes after “Primer,” "Minor Premise" is worth a shot. But to really get this film, you might want a notepad nearby.

The gist of this movie concerns an experiment to isolate sections of the brain that impact emotions or behavior, using a device called the R10. This groundbreaking work is happening in the basement laboratory owned by a brilliant scientist named Ethan (Sathya Sridharan). To put it lighly, Ethan is going through it. His father has just died before finishing the very project Ethan is obsessed with, and he can’t seem to get the math to add up in his head in between heavy swigs of alcohol. In one of the movie’s best edited sequences, Schultz conveys a repetitive quality to Ethan's failure; he crunches numbers, gazes at colorful neurological scans and reams of code, and always hits a brick wall. All the while, he is teaching a class over Zoom, evaluating his ideas out loud to students who can’t see what a mess he is. But we can, especially as Schultz’s camera loves close-ups on Sridharan's sweaty face, an effective, visceral detail for a character whose acting mode throughout the film is that of tortured intellect.

Soon enough, Ethan hits a breakthrough with the R10. But not like how he intended—he starts to black out often, uncertain as to why there’s puke on the floor of his home, or later, why his ex girlfriend and science peer Alli (Paton Ashbrook) says that he suddenly locked her in a room when she dropped by. By retracing his steps, and seeing a secret video he recorded for himself, the two understand that different parts of his conscience have splintered, and take over Ethan's body for six minutes at a time. Like dissociative identity disorder, he changes to different “sections,” though he looks and sounds just like Ethan. As Ethan becomes his own worst enemy, he works with Alli to find a way to reverse this before his brain is permanently damaged.

Even though the movie doesn’t entirely work, the craftiness of “Minor Premise” is an encouraging reminder about the possibility within indie sci-fi, especially when a production is working with only a few characters and mostly in a basement laboratory (which is given excellent sense of space). Its central storyline in particular is cleverly devised to get different, big behaviors out of Sridharan's game performance, but without having to really stretch him. (It’s not like in a previous DID movie, M. Night Shyamalan's “Split,” in which James McAvoy drastically changed his physicality and voices to show different characters.) The script of "Minor Premise" (by Schultz, Thomas Torrey, and Justin Moretto) refers to these sides of Ethan with names “Intellect,” “Anger,” but even by addressing them outwardly certain scenes lack the tension of knowing who he is at the moment. This storytelling idea works in montages that rotate through Ethan’s different conscious personalities, and yet just like how Ethan blacks out and wake up in a different section, we too can get a bit lost.

This is some mighty heady stuff. Not that the filmmakers don’t try to make it accessible—every now and then there’s a bit of dialogue that tries to catch you up. You can follow the scenes by tracing the minor goals, like finding a missing piece of a formula, or watching Ethan and Alli feign mending their broken relationship. Or sometimes Schultz offers a clear shot, like a chalkboard of the different personalities, which creates some order as to what is going on. This chalkboard is actually the first image you see in the movie, and yet you've nearly forgotten it 30 minutes after after downloading all the scientific jargon "Minor Premise" is blitzing through.

It’s not that you don’t trust that the filmmakers know what they're talking about—you practically project Ethan and Alli's genius onto them, assuming that they wouldn’t just throw a bunch of random equations onto some white boards. But it’s more that you spend a great deal of “Minor Premise” trying to keep up with it, and that there isn’t much room for the emotional investment that makes art linger. Even the poetry of looking at one's self as conflicting fragments doesn't fully translate, because the movie is explaining it in practically another language. Instead of inspiring curiosity about something it’s so knowledgeable in, “Minor Premise” affirms its intellect, but keeps the viewer at a distance.

Now available in theaters, virtual cinemas, and on digital platforms. 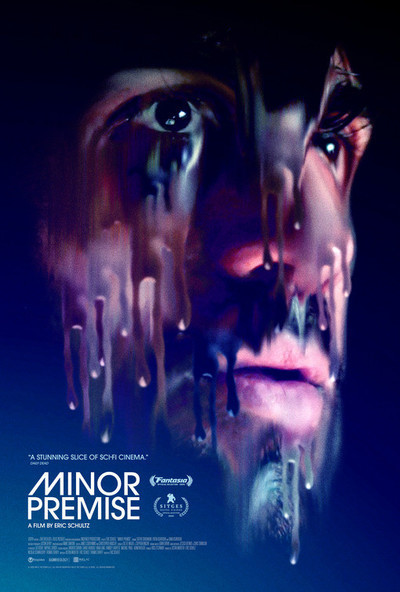