One thing is certain: writer/director Ari Aster comprehends stifling dread in the most profound sense. Via a grief-soaked story of ancestral vulnerability (you can’t pick your relatives, can you?), his terrifying and startlingly confident debut “Hereditary” proved as much. Sure, the film’s demonic mythology, skillfully gory images and creepy miniature models cinematographer Pawel Pogorzelski’s camera fiendishly navigated were all stuff of nightmares. But equally frightening in “Hereditary” was the grudge-filled and deeply claustrophobic domestic helplessness Aster infused into every shot and line of dialogue.

The filmmaker fidgets with that peculiar breathlessness once again throughout “Midsommar,” a terrifically juicy, apocalyptic cinematic sacrament that dances around a fruitless relationship in dizzying circles. We are not stuffed inside a cavernous house of horrors this time around. But be prepared to feel equally suffocated by a ravenous family (albeit, a chosen, cultish kind) all the same. In the midst of wide-open pastoral surroundings we may be, but Aster still wants us to crave and kick for oxygen, perhaps in a less claustrophobic and more agoraphobic fashion. The tangible dread in “Midsommar”—oftentimes alleviated by welcome flashes of comedy, always charged by tight choreography and Pogorzelski’s atmospheric compositions—is so recognizably out of “Hereditary” that you'll immediately distinguish the connective headspace responsible for both tales.

And yet, this superb psychedelic thriller sowed somewhere amid an outdoorsy “mother!,” a blindingly lit “Dogville” and fine, a contemporary “The Wicker Man,” is different by way of Aster’s loosened thematic restraint. You won’t exactly feel lost while disemboweling Aster’s inviting beast, but you can certainly argue that the sun never sets on the film’s cosmically vast subject matter: reaping notions of (white) male privilege, American entitlement (that literally pisses on what’s not theirs) and most prominently, female empowerment. And this is also a fitting way to describe the location where most of the story unfolds, under nearly 24-hour sun. We are in a remote, hidden-from-view Swedish village nested somewhere in Hälsingland, among tranquilly dressed Hårga folk who celebrate summer through initially quaint, but increasingly bizarre and downright petrifying rituals. There is only a slack sense of yesterday and tomorrow in Aster’s locale of choice where an endless string of hallucinatory traditions are exercised in broad daylight.

The folkloric practices start off appealingly enough—a misleading gust of peace (superbly countered by The Haxan Cloak’s skin-crawling score) breezes in the air while heady drugs dissolve in tempting cups of tea. But how did we even get here and find ourselves among these hippy-dippy proceedings cloaked in white linen? Well, we followed Florence Pugh, Aster’s second fearless female lead after Toni Collette, playing a grieving character marked by something unspeakable. In a deeply scarred, emotionally unrestricted performance—you might hear her screams in your nightmares—Pugh plays Dani, a graduate student aiming to put some distance between herself and an extreme case of trauma involving her bipolar sister. (A stunning prologue unravels the details of the tragic ordeal with top-shelf narrative economy.) And Dani isn’t on her own. In fact, she embarks upon the picturesque Scandinavian adventure as an outsider at first, tagging along some fellow scholars of academia, a group that includes her self-absorbed longtime boyfriend Christian (Jack Reynor, convincingly egotistical). Also in the clan are Christian’s buddies Josh (William Jackson Harper)—headed to the festivities for academic research—the blabber-mouthed Mark (Will Poulter, so hysterically douchey that he earns the jester’s cap he’d wear later on), and Pelle (Vilhelm Blomgren), the brainchild of the operation as well as a member of the makeshift family that would host the group.

When the clique arrives in Sweden and joins others alongside Connie and Simon, a couple played by Ellora Torchia and Archie Madekwe respectively, Aster forgoes the aforesaid narrative economy for something sinister. Aided by production designer Henrik Svensson’s deceptively simple work and Andrea Flesch’s distressingly repetitive, angelically Nordic-embroidered costumes, he establishes a creepy sense of being stuck amid compartmentalized fields of boxy sleeping huts, triangular temples and elaborate dining settings. Soon enough (but never hurriedly), the flower-power euphoria thins out in “Midsommar.” Victimized people vanish one after the other and giggles assume an even more uncomfortable dimension—you will reach the climax of your sniggers during a truly hilarious mating ceremony that puts the last nail in the coffin of Dani’s doomed relationship with Christian. It all sounds crazy, but you can barely blame the clueless tourists for not making a more concerted effort to escape, or at least to decipher the cult’s ulterior motives. The sneaky hex Aster casts has that tight a grip, on both the characters and the audience.

Some will be troubled by the excess in “Midsommar.” The unburdened surplus of lengthy customs does overshadow some of the film’s potentially ripe avenues of interest, such as the scholarly rivalry between Christian and Josh, as well as racial dynamics that are only briefly hinted at. But the invigorating reward here is the ultimate sovereignty you will find in Dani, a surrogate for any woman who ever excused an inconsiderate male, rationalized his unkind words or thoughtless non-apologies. Pugh knows it in the film's liberating final shot. And you will know it too, so intensely that her freedom might just feel like therapy. 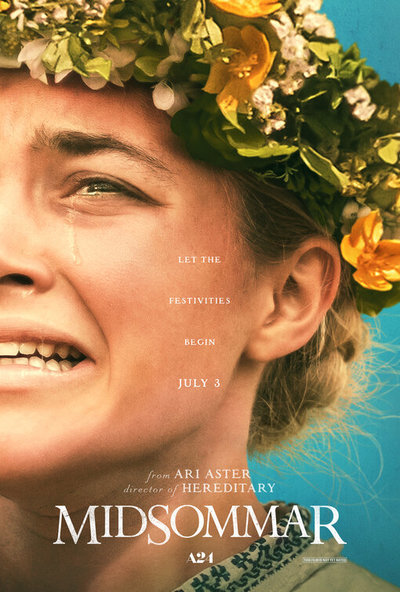 Will Poulter as Josh