Mickey and the Bear

"Mickey and the Bear," about a young woman and her Iraq war veteran father living in Anaconda, Montana, is an almost perfectly realized drama that feels as if it was time-warped in from 40 or 50 years ago, when people still wanted to see movies about people living in the actual world. It's getting a limited release and probably won't play in theaters for long—we live in a different era now, when only tentpole blockbusters and certain horror films can get people to leave their homes—but viewers who crave this sort of film should be able to rent or buy it online. It's worth seeking out for the way it observes psychologically complex small-town characters struggling to endure present-day hardships and past traumas.

Camila Morrone stars as Mickey Peck, a high school senior whose mother died of cancer years ago from pollutants in her town. She works as an assistant taxidermist, has obvious artistic talent, and wants to get out of her tiny town and start her grownup life. But it's hard for her to leave. The main anchor keeping her in town is her complicated and often unstable relationship with her father, Hank Peck (James Badge Dale).

Hank is a tattooed, muscled, hard-drinking Iraq war veteran who is dependent on oxycontin and becomes a mess when he doesn't meet a certain dosage. Hank loves his daughter and is proud of her, but because of his many problems—including unarticulated resentment at having been "abandoned" when his wife died—he's far from a reliable parent. In fact, his relationship with Mickey is in an awkward, potentially explosive twilight area. It's definitely father-daughter at its core, even though Hank isn't much for details (when he forgets Mickey's birthday, he pretends he was just doing a bit). But when Hank gets drunk and has to be bailed out of jail or escorted home from a bar, and Mickey has to help him off with his boots and tend to his hangovers the next day, we see a role-reversal happening. Even though Mickey is just 18, she's been put in the position of a mom, caring for an overgrown, self-pitying, and self-medicating teenager.

There are also trace elements of platonic marriage in the relationship, with Hank playing the role of the terse, macho Man of the House (Mickey does all the cooking) and expecting his daughter to be the immovable object to his irresistible force. He gets jealous of her boyfriend Aron, played by Ben Rosenfield, a domineering whiner who's like a cut-rate, younger photocopy of Hank. And when she takes up with a new guy, Calvin Demba's Wyatt—an English soccer player whose mom grew up nearby—Hank seems to resent her even more, because unlike Aron, Wyatt's got his act together. When he leaves Anaconda after graduation, he could take Mickey with him.

It's easy to over-explain characters and situations in a film like this, and the temptation to just wallow in misery can be tough to resist. Too many independent films in this vein become self-regarding slogs. But "Mickey and the Bear" avoids nearly all of the usual pitfalls by seeming to take its cues from its characters, who aren't much for expository dialogue or therapeutic language, and its lead actors, who let us know what their characters are feeling while hiding what they might be thinking. There are plenty of opportunities for the actors and the filmmakers to overdo things, but they never take them.

This is the debut feature by by actor-filmmaker Annabelle Attanasio—daughter of "Quiz Show" screenwriter Paul Attanasio—but it's so assured that it feels like it could be her third or fourth movie. There are a few elements that seem a bit indie-filmish, such as giving the heroine an escape valve and second love interest who's almost unnervingly sweet and decent, and has the face of a 1950s dreamboat hunk; from certain angles, Demba evokes the young Paul Newman or Marlon Brando. But their negative impact is so negligible compared to the film's accomplishments that they barely register in the long run.

Practicing a degree of restraint and discipline that feels as military-minded as Hank's facility at handling guns during target practice, the movie never takes aim at a target it can't hit. And it pulls off a number of brilliantly acted and inventively directed scenes with such subtlety that it takes a moment to register the degree of difficulty that must have been involved. What you come away with is a sense of uncanny precision and confidence—not just in the way the characters channel the characters' feelings, and draw on their histories to inflect each small moment, but in the way that Attanasio and her filmmaking collaborators (including cinematographer Conor Murphy and editor Henry Hayes) always try to focus our attention on what's important.

There are many impressive long takes that don't call attention to themselves in an acrobatic or otherwise show-offy way. When Mickey goes into a bank to ask for money, the camera starts in a wide shot of the desk and stays on it, creeping in to a tight closeup of her face as she registers news she didn't want to hear. A dinner table scene between Mickey and Hank where painfully raw history is discussed starts out in a profile wide shot of the two at a the dinner table, facing each other like boxers in a ring, and stays there until the scene changes emphasis in a way that makes you want to get closer to the actors' faces, at which point we see them in alternating closeups (exchanging increasingly destructive verbal blows). A confrontation at a street fair between Hank, Mickey and Wyatt is done with the camera very slowly circling them while resentment and distress builds.

This is a movie in the tradition of great American cinema chamber pieces like "The Last Picture Show," "Alice Doesn't Live Here Anymore," "The Great Santini," and more recently, "Winter's Bone." It's almost excruciatingly tense at times, not because you expect physical violence to break out (although there is that potential with Hank, a volatile man) but because of the constant churn of emotional violence just beneath the surface. These characters are sitting on needs that they don't dare articulate, and payloads of pain that their social conditioning won't allow them to unleash. We know that after a certain point that it all has to be addressed. The question is how how bad it'll be when it happens, and whether the characters will be able to get through it without fracturing their relationships beyond repair.

The film doesn't offer pat answers to any of the questions it poses, or slather inappropriate notes of optimism onto situations where you'd find that kind of approach insulting. "Mickey and the Bear" has an unerring sense of what sort of film it is and what kinds of characters it's trying to do justice to. When you look at the running time later (88 minutes) you might wonder if somebody counted it wrong, because the movie feels longer in a good way (it's very efficient). The final shot is as perfect as the closing images of "Naked" and "Big Night," summing up the movie's mix of emotion and control, anger and compassion.

The performances are uniformly superb, particularly by Morrone, who carries much of the film's tension in closeups of her face as the character silently thinks about her life; and Dale, one of the great, largely unsung American actors. He's a classically handsome hero-type, but with the soul of a 1970s eccentric, in the mode of a Brad Pitt or Jeff Bridges. He loitered around the edges of commercial cinema for nearly two decades looking for a breakout matinee idol role that never quite found him. But now, as he heads into his 40s, he's become the continuation of Robert Duvall by other means: the kind of actor who can play quiet or flamboyant, heroic or villainous, and everything in between, always making you believe you're seeing a real person who could walk into a diner and order the lunch special.

The movie is filled with actors doing work in that vein, including Rebecca Henderson as Leslee Watkins, a social worker struggling to mediate between the government's limitations and her own compassion. Watch how Leslee handles Hank in a bar scene that could turn ugly. Something in the way she carries herself tells you that—as an Anaconda resident might put it—this isn't her first time at the rodeo.

This is the kind of small, great movie that goes largely unnoticed upon first release but gets discovered later. Later should start immediately. 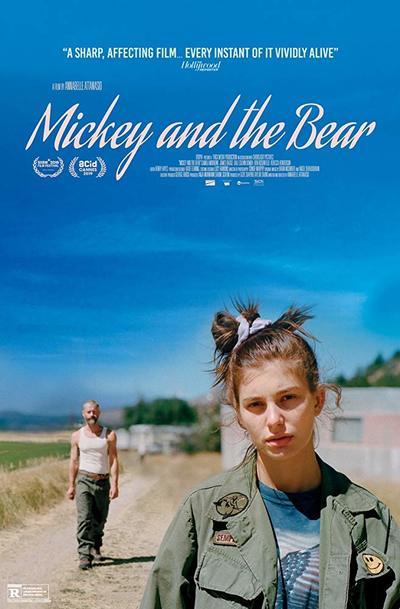