True to its title, “Maria by Callas: In Her Own Words” delivers the legendary opera singer’s life story through television interviews, letters to friends and diary entries. “Destiny is destiny, there’s no way out,“ she complains in the film’s opening moments. It’s true, much of her life seems out of her control, in the hands of a controlling mother before fame and managers took over. It’s an aching compilation of a woman branded as difficult yet adored as one of operas’ biggest stars in the 20th century. “Maria by Callas” offers a new side to her legend, one that was also vulnerable, smart but also lonely, a fate that sometimes befalls headstrong women.

Born in Brooklyn to Greek immigrants, Maria Callas was pushed into her art at an early age by a forceful mother escaping a broken marriage. Maria would later openly say she did not have a happy childhood. Callas was uprooted to Europe, continuing her musical education in Greece before wooing crowds in Italy and France with her talent. It was during this meteoric rise that Callas became branded as a difficult diva, a black mark that would follow her for the rest of her career. The reason? She had fallen ill and said she was unable to sing. Callas was pilloried in the press for allegedly refusing to perform, and we’ll see this pattern many more times throughout her career.

Paradoxically, the accusations of acting like a diva only drove more interest in the opera singer, as it made her performances less frequent. She would endure various more highs and lows, especially when inexplicable vocal problems shattered her confidence. But in these pastel-colored photos and film reels were hints of a charmed life, surrounded by the likes of Omar Sharif, Grace Kelly, Luchino Visconti, Vittorio De Sica and even a brief fling with director Pier Paolo Pasolini.

Callas perhaps never felt love or heartbreak as deeply as she did during her relationship with the Greek shipping tycoon, Aristotle Onassis. In Callas’ account, the two became inseparable for almost a decade until he suddenly married Jacqueline Kennedy without so much as telling Callas about the relationship. It devastated her, yet when he came sulking back, she took him in and resumed their affair. Onassis never married her, which casts a dark shadow over the black-and-white TV interviews where Callas says how badly she wanted domestic bliss. That happiness was also denied her.

The montage of images and narration blend together to give a personalized touch to a documentary about a singer who died back in 1977. However, there are moments when Callas’ singing overwhelms the film, like during selections from her famous opera that play on and on, disrupting the brisk pace of events. It’s clear that director Tom Volf has great admiration for Callas and wants to give new audiences a sampling of her greatest hits. For admirers, those filmed performances and old records are a chance to savor the notes and range of Callas’ voice. For the curious newcomer, it might feel as if the documentary took a long pit stop from the narrative. Coupled with the odd affectation of adding film sprockets to the sides of photographs, the interruptions in Callas’ story feel noticeable.

Despite Callas’ many tragedies, the leftover clips and pictures are nonetheless a detailed time capsule of high society at that time. The gorgeous footage of her performances and outfits doubles as a midcentury fashion documentary. In almost every photo and reel, her eyeliner is perfectly emphasized, her hair styled and her clothes immaculately designed to look elegant at all hours and occasions. Everyone from the men who complained about Callas’ behavior to her adoring public waiting for hours outside Lincoln Center is included in her story, but ultimately, they never overshadow the subject’s voice in the narrative. This time, it’s her turn to speak for herself. 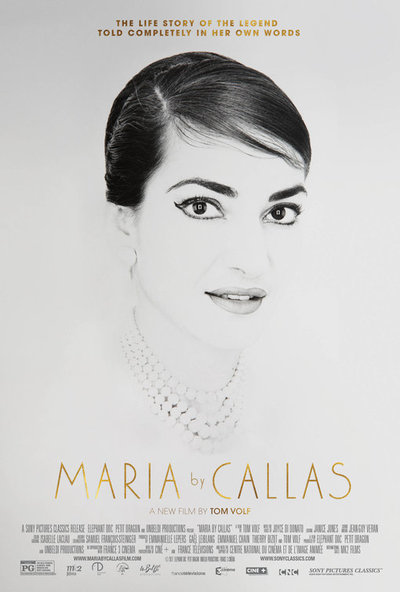 María Callas as Herself (archive footage)