Taking a wildly innovative approach to bringing Shakespeare’s text to the screen is always a tricky proposition. For every example that works, like Michael Almereyda’s “Hamlet” (2000) set in contemporary New York City, there’s an admirable misfire like Julie Taymor’s gender-bending “The Tempest” (2010). The Bard is an irresistible challenge for filmmakers, especially ones who want to put their own bold stamp on his centuries-old verse.

Australian director Justin Kurzel tackles “Macbeth” with a few narrative tweaks and a whole lot of visceral violence. His film is just devastatingly gorgeous to look at—with a climax soaked in a fiery red that suggests “Macbeth” on Mars—even as it contains individual images that are so graphic, they may cause you to look away. And although he’s maintained the crucial supernatural elements of “The Scottish Play,” as it’s known superstitiously, Kurzel also wallows in the grit and muck, which gives his film a texture and an immediacy.

Chunks of mud and drops of blood fly across bleak, gray skies and craggy highlands in super slow motion. (Adam Arkapaw, the cinematographer, also shot the great Aussie indie “Animal Kingdom” as well as Kurzel’s debut feature, “Snowtown.”) The look of it is so richly rough-hewn, you’ll feel as if you could reach out and touch it, even as the characters’ actions become increasingly repulsive.

This “Macbeth” also grabs you with the charismatic presence of its two stars, Michael Fassbender and Marion Cotillard. Fassbender has made a career out of playing complicated, tormented figures, in movies ranging from “Hunger” to “Shame” to “12 Years a Slave.” The murder and madness of Macbeth are his bread and butter. Still, the danger that lurks beneath his lean, cool good looks gives his Macbeth an especially unsettling air. Cotillard, meanwhile, has an otherworldly quality that makes her menacing—a quiet intensity in those enormous eyes and a standoffishness that makes her seem unpredictable, even though we’re all-too aware of the devious plot her Lady Macbeth has in store.

In case it’s been a while since high school English class, or since you’ve watched previous film adaptations of “Macbeth” by Roman Polanski or Orson Welles: In 11th-Century Scotland, the great warrior Macbeth, Thane of Glamis, receives a prophecy from three witches that he will be king someday. (Kurzel’s version actually gives us a fourth witch for fun.) His miserable and driven wife urges him to expedite the process by killing King Duncan (David Thewlis) and seizing the crown for himself. None of this goes down as easily as he’d hoped.

This is a massive oversimplification, of course—and Kurzel’s “Macbeth,” adapted by Jacob Koskoff, Michael Lesslie and Todd Louiso and running just under two hours, does feel a bit truncated. If you’re not already somewhat familiar with Shakespeare’s tragedy, this incarnation isn’t about to go out of its way to provide much context or explain why certain characters matter. But in an intriguing contrast, while the scale of the battles and the scenery is enormous and awe-inspiring, some of the more famous moments and lines arrive in understated fashion in intimate spaces.

Lady Macbeth’s guilt-riddled “Out, damned spot” soliloquy comes in the form of an early-morning, misty-white sleepwalk, her oft-quoted words a mere whisper in the sacred stillness of a spare chapel. It’s breathtaking. And later, Macbeth seems to be in a dreamlike state himself during the discovery he makes in the “Tomorrow, and tomorrow, and tomorrow” monologue, delivering his lamentations about “sound and fury” with neither of the above. He’s already a shell of his former self at this point, and Fassbender makes his character’s despair as powerful as his ambition.

The score from the director’s brother, Jed Kurzel, adds to the pervasive feeling of unease; string-heavy and rather rustic, it enhances the eeriness of both the prophecies of the witches and the lingering of the dead. In this regard, Paddy Considine is especially well-cast as the doomed Banquo, Macbeth’s longtime friend who comes to an unsavory end.

What’s done is done, as Lady Macbeth says in futilely trying to reassure her husband. But the dead don’t have to like it. 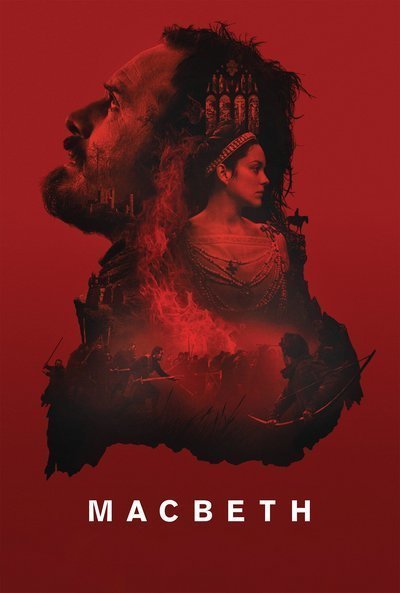