Stephen King is consistently exceptional at starting stories and adaptations of his work are increasingly unsuccessful at ending them. “Lisey’s Story” is another example, like CBS All Access’ “The Stand” and HBO’s “The Outsider,” that proves the rule. Apple TV+’s adaptation of what King has described as his favorite novel is lushly produced, thoughtfully cast, and initially easily watchable. The moments that are meant to be frightening are; the moments that are meant to be romantic are. And yet the back half of this miniseries is so bogged down by inconsistent pacing, drawn-out scenes, muddled plotting, and a frustratingly anticlimactic ending that all the good “Lisey’s Story” delivers before that collapse ends up overshadowed.

“Lisey’s Story,” which premieres on June 4 on Apple TV+, bears heavy involvement from King, who wrote all eight episodes of the miniseries. Certain lines are dialogue are so recognizably in King’s voice (“I’m going to hurt you in places you didn’t allow the boys to touch at junior high dances”; “Every novel is a struggle between the writer and the story”), and certain themes are so obviously reflections of his own creative ethos that “Lisey’s Story” feels, from top to bottom, like an uncompromised expression of King’s vision. Paired with Pablo Larraín’s precise, engrossing direction, the best moments of “Lisey’s Story” unfurl with the ominous inexplicability of a nightmare, or the warm glow of a beloved memory.

The eerie and the uncanny have always been King’s friends, and he builds them a playground in “Lisey’s Story.” A boy’s face transforms into the terribly aged sneer of an ancient demon. An array of figures, some shrouded in obscuring plastic, some seemingly homages to King’s previous works, gather silently around a deep pool under a blood-red moon. A pair of newlyweds dance on the beach, swaying back and forth to a rhythm of love only they can hear. But the gap in between the extremes of love and fear is where “Lisey’s Story” struggles to establish its interior world-building, either in the fantastical space or the mundane.

“Lisey’s Story” stars Julianne Moore as the titular Lisey, who is grieving the death of her husband, the internationally acclaimed, bestselling author Scott Landon (Clive Owen, making for a “Children of Men” reunion with Moore). The miniseries first introduces Lisey in the present day: still in shock over Scott’s death after two years; irritated by the repetitive requests of university Professor Dashmiel (Ron Cephas Jones) for access to the papers, manuscripts, and other documents Scott left behind; and pissing off her sister Darla (Jennifer Jason Leigh) for failing to pull her weight in caring for their mentally ill sister Amanda (Joan Allen). Lisey retreats from the now by revisiting memories of her and Scott’s relationship over the years, and through that backward gaze, “Lisey’s Story” builds a parallel narrative.

In the now, Lisey is pulled in all different directions. She’s pulled by Professor Dashmiel and his deranged henchman, Scott Landon superfan Jim Dooley (Dane DeHaan); by Darla, who worries that Amanda’s latest self-harm incident signifies a deeper disconnect from reality; and by a treasure hunt, or “bool” hunt, that Scott left behind for her. The clues that Scott littered around their home and office connect back with the past, allowing “Lisey’s Story” to fill in the details on how Lisey and Scott fell in love, on the unique bond Scott and Amanda had, and on how Scott’s troubled childhood inspired his work. Through flashbacks, dreams, and nightmares, “Lisey’s Story” places us alongside the titular character as she attempts to find the final message Scott left her, and the other world required to understand it.

None of this would work without Moore, and she anchors the series even as it spirals into the self-indulgent, harnessing great grit and ferocity into her portrayal of this woman practically consumed by sorrow and resentment. Lisey’s prickliness is omnipresent, from the matter-of-fact way she tells people off to the way she ducks spending time with Amanda. Moore has great chemistry with Leigh and Owen in particular, and the relationships between Lisey and Darla and Lisey and Scott feel the most real. Even as “Lisey’s Story” pulls the character between time periods through increasingly choppy editing, or relies a little too often on pained reaction shots from Moore to remind us of the agony she’s going through, or fails to give Lisey character traits past “devoted wife,” Moore is the admirably committed constant.

The problems surround Moore, though, with the most obvious being how “Lisey’s Story” is simultaneously spread too thin and lacking foundational necessities about these characters, their lives, and the supernatural world they step into. What was Lisey and Scott’s marriage like? What inspired Scott as a writer? Why did a couple with a $60 million fortune choose to live in an easily accessible farmhouse in Maine without even a private driveway or locked gate? You would think that one might be too nitpicky, but it speaks to how “Lisey’s Story” seems disconnected from space and time, like the series is more interested in these grand ideas about cosmic evil and the unknowability of the afterlife than in affixing those themes to a specific story about a specific couple. Coincidences abound, and the plot scrambles to accommodate them.

Certain relationships are crisply rendered, with each involved character clearly envisioned and illuminated; other dynamics rely on our broad assumptions and unfocused narrative suggestions. That unevenness in character building can be vaulted over by a few members of the supporting cast, like the wonderfully acerbic Leigh, legitimately alarming DeHaan, and an unexpectedly unsettling Michael Pitt. But Allen is particularly underserved, and the series’ insistence on highlighting her semi-catatonic, glazed-over expression in episode after episode is progressively ineffective. And that issue with the Amanda character links to the series’ inadequate depiction of the surreal.

Attempting to apply logic to the series’ otherworldly realm Boo’ya Moon is a fool’s errand, but not because of the rational limitations of the genre itself. The culprits here are fuzziness and ambiguity in how “Lisey’s Story” expresses King’s imagination, and in how little “Lisey’s Story” tells us about the why of any of this place. Why should we be afraid of the Long Boy monster, aside from the implied Lovecraftian edge? Why do so many end up in this place if that monster prowls within it? Why does Scott’s family have such a connection to it? Stories don’t need to be spoon fed to viewers, but the gaps in “Lisey’s Story” diminish its impact, especially as the latter half of the season devotes so much of its run time to Boo’ya Moon. With assists from production designer Guy Hendrix Dyas and the series’ sound team, Larraín delivers in each episode moments of unbearable tension and gore, and the story King sets up is an engaging one. But the ultimate, lingering frustration of “Lisey’s Story” is its opacity in place of precision, and its inability to reconcile its two halves of romance and horror into a cohesive, satisfyingly concluded whole. 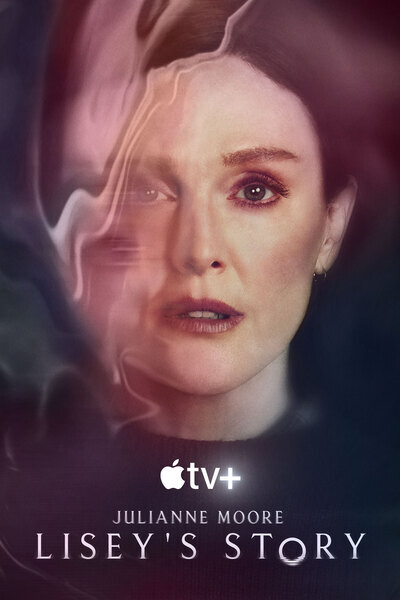