Isabel Sandoval has a light tough with some weighty subject matter in the indie drama “Lingua Franca,” which she stars in, wrote, produced, and directed.

In telling the story of a woman who, like her, is a transgender Filipina, Sandoval encompasses not just the complicated issue of sexual identity but also the dangers of being an immigrant in Trump’s America. Her film is intimate and specific, yet applicable to so many people living their lives in fear and flux all over the country.

But “Lingua Franca” isn’t a screed. Far from it. Sandoval pulls us in gently with long, single takes which are often static, immersing us in the quiet rhythms of the lived-in environment she’s created within the Russian-Jewish neighborhood of Brighton Beach, Brooklyn.

There, Sandoval’s Olivia works as a live-in caregiver to Olga (a lovely Lynn Cohen, who died in February), an elderly woman in the beginning stages of dementia. Behind the camera, Sandoval establishes the tone of this place right off the top with its vibe of eerie isolation at the end of the D train line: an empty train station, a lonely boardwalk. Olivia’s childhood best friend from home, a transgender woman named Trixie (Ivory Aquino), marries an American man and secures her green card; Olivia is still trying to finalize such an arrangement for herself without success. She also struggles to provide answers when her mother calls from home in the middle of the night, wondering when her allowance will come.

But Olivia is patient at all times and in all ways, as we see from the kindness she shows in caring for Olga. A scene in which she reminds a confused Olga that she’s in her own kitchen by prompting her with fond memories of the time she’s spent there with her family conveys so much about both of these characters in an efficient, elegant way.

Soon, someone else moves into the cramped apartment with them: Olga’s handsome grandson, Alex (Eamon Farren), who’s newly out of rehab after a scrape with the law. He also dotes on Olga but isn’t ready for the responsibility looking after her entails. Trying to get her to take a bath is like dealing with a headstrong five-year-old, he finds, and the frustration both experience provides a rare flash of heated emotion.

But Alex also shows an interest in Olivia, and a playful friendship between the two soon develops into something deeper. He’s curious about her, asks questions, gives her hope, and Sandoval and Farren have a sweet chemistry with each other. Sandoval the filmmaker doesn’t force the underlying tension of whether Alex knows Olivia is a trans woman—or whether that would matter—but rather lets it simmer. Similarly, news reports and anecdotes about ICE agents pulling immigrants from their homes and carting them away set the backdrop for Olivia’s increasing paranoia.

“You don’t know what you’re talking about,” Olivia tells Alex when he promises to protect her.

“You think you know me. You don’t,” he answers, softly.

Sandoval indicates so much about both of these characters and their evolving mental and emotional states simply by observing them, either alone or with other people. She’ll place her camera in the backseat of Alex’s car as he’s driving around Brooklyn, flipping through radio stations, and his anxiety is evident. He wants to hold down a job at a meatpacking plant, stay sober despite the pressure from his friends to do shots and settle down with this woman he’s come to care for, but he’s still a little immature. In one beautiful and tense scene, as the two slow dance to an instrumental version of “Smoke Gets in Your Eyes,” the camera holds on Olivia’s face with its furrowed brow. She should be happy as they plan a life together, yet she’s clearly still plagued by uncertainty.

Sandoval wisely refrains from spelling everything out about these characters and their backstories, but her film might be a bit too understated. It ultimately runs out of steam just as it’s reaching its most compelling point, leaving us hanging emotionally. Still, the dreamlike mood she’s set lingers afterward.

Now available in select theaters and on Netflix. 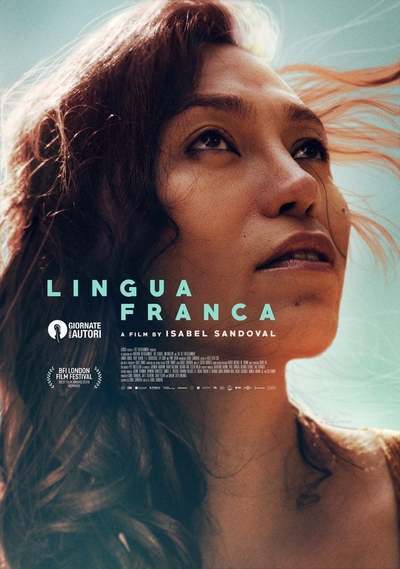