I knew a goose couldn't be a panda's father

"Kung Fu Panda 2" is exactly as you'd expect, and more. The animation is elegant, the story is much more involving than in the original, and there's boundless energy. I enjoyed it as fully as I possibly could, given the horror of its 3-D. The original film, in 2-D wide-screen, was just fine. But never mind. Hollywood has brainwashed us (or itself) that 3-D is an improvement and not an annoyance.

What's best about this sequel is that it's not a dutiful retread of the original, but an ambitious extension. Of the many new elements, not least is the solution of the mystery of how Mr. Ping, a goose, could be the biological father of Po, a panda. In the original film, as nearly as I can recall, every character represented a different species, so I thought perhaps inscrutable reproductive processes were being employed. But no, Po's parenthood is explained here, and it has a great deal to do with new developments in the kingdom.

As we rejoin events in this mythical Chinese kingdom, Po (voice of Jack Black), having attained the status of Dragon Warrior in the first film, still leads the Furious Five: Tigress (Angelina Jolie), Mantis (Seth Rogen), Monkey (Jackie Chan), Viper (Lucy Liu) and Crane (David Cross). Of these Tigress is clearly the most formidable, and Mantis remains the enigma; even though he sounds like Seth Rogen, how does he get past the weigh-in?

The kingdom now faces the prospect that it will be conquered and ruled by the evil peacock Lord Shen (Gary Oldman), whose minions have designed a new weapon that causes him to scour the land for scrap iron. This Shen is a wicked foe, hurling sharp, pointed feathers from his tail like a circus knife-thrower. It turns out that the mystery of Po's parentage is explained by Lord Shen's paranoia after a soothsayer (Michelle Yeoh) tells him to beware of pandas, so their destinies are linked more deeply than Po can imagine.

This is a film from DreamWorks, which is locked in competition with Pixar, and is swinging for the fences. The animation is much superior to your average 3-D feature about cute little animals, although the distortion caused by 3-D effects does it no favors. The story gets a lot of humor out of Po; Jack Black's voicing invests him with more personality than you'd expect from a character who resembles a balloon in the Macy's Thanksgiving Parade. ("Kung Fu Panda 3" could possibly open with Po working out with a personal trainer, maybe Tigress.) The director, Jennifer Yuh Nelson, broadens the scope of the animation to include more styles than your basic cartoon animals, and the imaginary sequences involving Po's history are rather beautiful.

Doing voice-over work must now count as an important part of every actor's repertory, and that has created a demand for actors who have distinctive voices. Among the talent here, Dustin Hoffman is especially successful as a guru named Shifu. As he grows older, Hoffman is mastering more and more the timing and inflection of a smart stand-up comic. It's a gift.

Speaking of "Panda 3," I wonder if the relationship between Po and Tigress will advance from its current status as what might be called a warm friendship. Tigress seems to occupy a favored position in Po's heart, reopening the possibility of cross-species pollination. 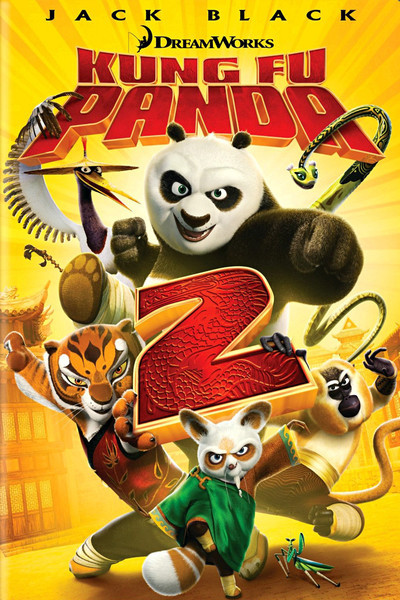