In the bizarre, not to say entirely improbable, not to say pointlessly ridiculous, not to say—well, you get the idea, world of “Kill Me Three Times,” ostensibly ordinary people in Western Australia have perfect teeth and perfect hair and generally very fit to middlingly fit bodies. And all these very well-maintained ordinary people seem to spend all their leisure time, of which there’s apparently quite a lot, attempting varieties of criminal activity. Seems kind of counterproductive given the abundance of natural beauty in the location but what are you going to do? There’s a bar/hotel owner sitting on a pile of apparently ill-gotten cash, a milquetoast dentist with a gambling problem and his hotsy-totsy wife who’s got him embroiled in a murder-and-insurance fraud scheme, there’s a wayward wife looking to rip off her suddenly cash-rich husband and leave town with the hunky local auto mechanic with a quick temper, and there’s a crooked cop extorting money from a bunch of the aforementioned. And then there’s the smart-ass know-it-all surveillance-specialist-cum-hitman who speaks the first word of the movie, which is, in case you couldn’t guess, a four-letter one.

The story mechanics of “Kill Me Three Times,” and “mechanics” really is the right word, are revealed, as the title suggests, in three discrete episodes, each one telling the same tale from a different perspective and/or time frame. In the event this is starting to sound familiar, the film’s score, by Johnny Klimek, is pretty heavily reliant on surf guitar, or at least a simulation of surf guitar. So, yes, improbably enough in the year of our Lord 2015, Australian filmmaking (once upon a time replete with original and powerful voices, more’s the pity) is offering up a slab of gigglingy sadistic sub-early-Tarantino hogwash. And populating it, dispiritingly enough, with relatively appealing acting talent: Simon Pegg plays the hitman Wolfe, Alice Braga a wayward wife; the rest of the cast is actually Australian, and includes Sullivan Stapleton of “Animal Kingdom,” Teresa Palmer, here continuing a run of lousy casting luck that also includes “I Am Number Four” and “Warm Bodies,” and stalwart Bryan Brown, relaxed and smirky in the small role of the crooked cop.

As it saunters to the not-inordinately tricksy steps laid out in James McFarland’s screenplay, Kriv Stenders’ direction also luxuriates in competent cinematic sheen: helicopter shots over pristine blue water, approaching a beautiful glass and sandstone beach house; perfectly rectangular neon-colored lens flares in night-at-the-bar scenes; nicely framed shiny-brick-lined corridors awash in deep blue light. There are also some snazzy automobiles, including a mint condition fire-engine red VW bug. Because, you know, why not—they like their unusual cars in their contemporary neo-noirs, don’t they. The requisite spurting gunshot wounds to the neck are also here; what isn’t here is engaging dialogue (“Tourist?” the auto mechanic character asks Wolfe; “ Sort of,” Wolfe replies…or something like “sort of,” to be honest it’s hard to recall, and I didn’t write it in my notes…) engaging characters, or any kind of convincing reason-for-being with respect to the whole enterprise. One is apt to mourn the time wasted not just by the movie’s living participants, but also by the VW bug. All participants could have gotten up to something far more enjoyable. 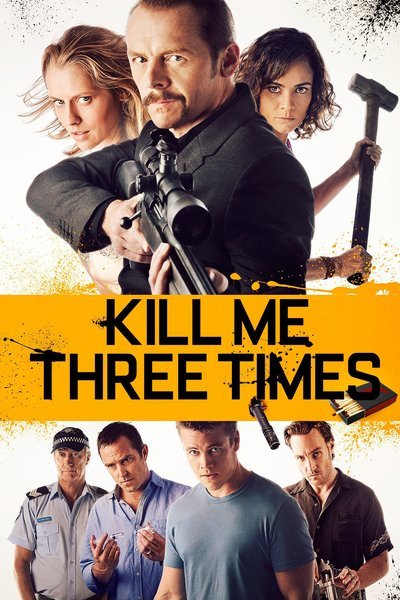 Rated R for bloody violence, language and some sexuality/nudity