A review of “Jeffrey Epstein: Filthy Rich” needs to open with a reminder of one Roger Ebert’s most essential beliefs: It’s not what a movie is about but how it is about it. The subjects of this Netflix documentary are all correctly credited as “Survivors,” heroic women coming forward to discuss the times they were raped, abused, and trafficked by Jeffrey Epstein. Their testimonies are heartbreaking, and every single one of them is brave to go on camera and talk about the worst days of their lives. That’s undeniable.

However, their courage alone doesn’t shape “Jeffrey Epstein: Filthy Rich” into an accomplished documentary. If anything, the doc leaves them hanging, accompanying their testimonies with poor filmmaking and a lack of context or attempt to really dig into how Epstein continued what one person refers to as a “Molestation Pyramid Scheme.” This documentary barely skims the surface of its subject, alternating its energy between the legal strategies to prosecute/defend Epstein, and the aforementioned personal stories. In the end, I don’t feel like I learned anything from “Jeffrey Epstein: Filthy Rich” beyond horrific details. There’s a great movie to be made that incorporates these human stories into the big picture of who enabled Epstein and how we’ve created a society that allowed a monster to essentially commit his crimes in plain sight. This isn’t quite that movie or series.

Director Lisa Bryant adopts an approach not dissimilar to “Leaving Neverland” or “Surviving R. Kelly,” allowing the survivors to reclaim their narrative from the news stories that too often focus on the perpetrator instead of the survivor. For three hours, you’ll hear story after story of abject evil. These women were just children when they somehow entered the web of Epstein and his enabler Ghislaine Maxwell, who comes off here like a Renfield bringing new victims to her Count Dracula. She recruited the girls that Epstein would hire as assistants or masseuses and then rape. And Epstein and Maxwell would encourage these victims to bring in new girls, often paying them to bring classmates after school. They then bullied their victims into silence—one even asserts Maxwell basically threatened their life. There’s more than one story in “Jeffrey Epstein: Filthy Rich” of sisters who were both abused by Epstein, and every one of them will break your heart. We underestimate the courage it takes to speak in front of the world about the worst day of your life.

“Jeffrey Epstein: Filthy Rich” jumps back and forth in time, often returning to depositions with Epstein, in which he asserted his Fifth Amendment rights every single time, even as prosecutors tried to get under his skin with increasingly aggravating questions—at one point they even ask about his oval-shaped penis to see if they can get any kind of response. Other than an interview with a talk radio show, these depositions are pretty much all we get of Epstein. His story is told by others, including neighbor (and producer here) James Patterson and attorney Alan Dershowitz, who never turned down an offer to be in a spotlight, even one that casts light on his dubious morals. This scattershot life story approach fills in some details about lies Epstein told early in his life, including that he graduated college, but it's like looking at Epstein from outside his gated property.

Of course, it’s possible that we can never really “understand” someone like Epstein, but "Jeffrey Epstein: Filthy Rich" tries with some of its interviews. One of the most interesting interviews comes from a man who worked on Epstein’s notorious island, where he took underage girls, and I suspect that we will get more eyewitness accounts and whistleblowers in the future from people who were there. For the morbidly curious, infamous Epstein friends Donald Trump, Bill Clinton, Harvey Weinstein, and Prince Andrew are all mentioned, although the presidents don’t have anything criminal in their sphere—in fact, one subject asserts that a trip to Africa that included Clinton saw Epstein actually on his best behavior, even in private. Andrew and Harvey don't make out as well.

While each of the women in “Jeffrey Epstein: Filthy Rich” demands your attention, I wished their stories were part of a deeper study of the insidious, protective nature of wealth, and in a film or series that didn’t linger over massage tables or bathrooms in a way that starts to feel exploitative. There are monsters in this world, but few were allowed to fulfill their monstrosity with such reckless abandon as Epstein, a friend to world leaders and celebrities, some of whom had to know what he was doing. I couldn’t help think while watching “Jeffrey Epstein: Filthy Rich” that there must be another Epstein right now behaving in a similar manner. How do we dismantle the systems that are currently allowing that Epstein to continue? I think the creators of “Jeffrey Epstein: Filthy Rich” would argue that the first step is to listen to the stories of what really happened, and that’s not wrong, of course. I just wish I got a better sense from this docuseries that anyone had any idea what to do next. 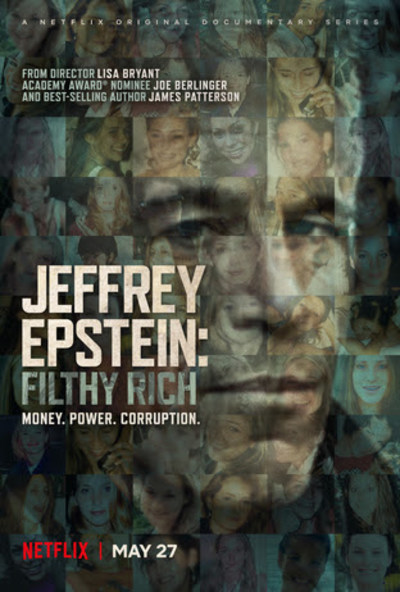