Despite what some purists may think, there’s nothing inherently wrong with remaking a great movie, especially one that’s almost three decades old. I’m all for taking the themes of a film and reworking them in a way that makes them feel fresh and new for a modern audience -- two great examples of this being John Carpenter’s “The Thing” and David Cronenberg’s “The Fly.” What frustrates me is when a remake deconstructs what works about an original film and then doesn’t seem to have any interest in reconstructing it into something interesting again. Even worse is when it feels like a movie inherently doesn’t understand what really worked about the source material from which it’s working, which is the case with David Rosenthal’s inept, long-delayed remake of Adrian Lyne’s “Jacob’s Ladder.” Lyne’s best film emerged from a country still damaged by Vietnam and weaved the distrust engendered by the veteran experience into a Kafka-esque vision of horror. The remake has some scary faces and a tacked-on commentary about PTSD and government intervention that feels cheap and unearned. Only the commitment from the always-solid Michael Ealy saves it from being one of the worst movies of the year, although just barely.

Ealy plays Jacob Singer, a medic in Afghanistan who is startled to discover that the latest body on his stretcher belongs to his brother Isaac. After returning home and settling down with his wife (Nicole Beharie) and new child, Jacob begins to have terrifying visions, although most of them are of the jump-scare variety instead of the slow-burn horror approach used by Lyne. A clearly traumatized vet (Ealy’s co-star from “The Intruder,” Joseph Sikora) warns him that something is wrong before meeting a grisly fate. Or does he? Could Jacob just be going crazy? When he finds out something shocking about his brother, played by Jesse Williams, and learns about a new drug that seems to be replacing PTSD with addiction, the line between what’s real and what’s imagined blurs to another degree.

Rosenthal and his collaborators drop in visual beats that will be familiar to fans of the original -- both films have a fascinating visual motif of motion as subway trains and speeding cars come racing through history to catch up with Jacob Singer. But this version of “Jacob’s Ladder” can’t find the right tone, jumping wildly from a story about PTSD to a story about brotherhood to a waking nightmare without ever figuring out how to merge the three. Consequently, it gives us a version of Jacob Singer who simply bounces from plot point to plot point, occasionally terrified by a jump scare but never resonant in a way that makes his plight feel relatable. Lyne’s original has become an influential piece of cinema for its visuals and final twist, but Tim Robbins’ performance there remains one his most underrated. It’s a film that works not just because of its narrative or atmosphere but because of how Robbins grounds it. Try as he might, Ealy’s version of Singer gets lost here. It sometimes feels like the filmmaking is actively working against him.

Although he certainly makes out better than the supporting cast. Beharie and Williams’ characters might as well be named ‘Plot Device 1’ and ‘Plot Device 2’ given how little they have to work with beyond their relationship with Jacob Singer. Like so much of the 2019 “Jacob’s Ladder,” they’re shallow. It feels like a project that worked from a checklist more than any sort of artistic impetus to rework an influential film. And it often feels like a project that’s trying to merge different projects together. There’s a movie in here about brotherhood, one about PTSD, one about addiction, and a remake of “Jacob’s Ladder” but they never come together to form a satisfying whole.

The first question any remake needs to ask is “Why?” Not only is it painfully obvious that this was never once answered during the production of the new “Jacob’s Ladder,” it doesn’t seem like anyone considered asking it. 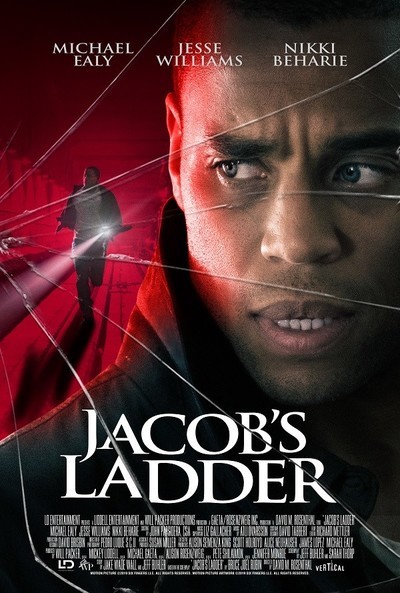