Between "Infinite Storm," about a woman who rescues a man while hiking, and last month's "The Desperate Hour," about a woman who goes to extraordinary lengths to find out if her son will survive a hostage situation at school, Naomi Watts seems as if she's en route to finding the female equivalent of Liam Neeson's action movies pitting one skilled man against an army. Watts doesn't kill anyone because her characters’ foes are the elements and fate, and the movies aren't crime pictures, but dramas about women reaching into their lives and hearts in order to rise to meet a difficult occasion.

Małgorzata Szumowska and Michal Englert's movie is about Pam Bales (Watts), a New Hampshire woman who (as the title suggests) gets herself into a bit of a one-woman version of the predicament that vexed a boat full of men in "A Perfect Storm." She goes hiking on a six-hour route over Mt. Washington even though weather forecasts predict a massive winter storm, thinking she's skilled enough to get through the hike before things get really bad. She does, in fact, have the skills to get it done. But all bets are off when she happens across a hiker (Billy Howle), whom she dubs John, who is freezing to death and resolves to take him to the base of the mountain before nightfall, at which points things will get really hairy.

As is so often the case in modern survival pictures, this movie seems not to believe that the spectacle of a woman doing incredible things against incredible odds is enough of a show. So we get biographical flashbacks that explain her and that (seemingly) try to "raise the stakes" or "widen out the story" and otherwise add sort of a metaphorical dimension to the challenge facing her on the mountain. These don't destroy the movie, anymore than they did in "Contact" or “Gravity” or "Wild," but one might still feel that, given the acting and filmmaking skills displayed throughout, there might be a stripped-down, almost primordial woman-vs-nature tale buried inside the one we're watching, a film that's outwardly more simplistic but actually more demanding.

Nevertheless, this is a strikingly assured movie. An opening, nearly wordless sequence shows Pam waking up in the morning (same as in "The Desperate Hour," oddly) and making coffee before facing a challenge that she doesn't know will be harder than the one she prepared for, and then we follow the Aristotelian unities, more or less (flashbacks aside), until Pam gets John back down to where he needs to be. In between, there are crackerjack action scenes that make the most of the real locations as well as the actors' tenacity and endurance. Many of the scenes are shot so that you realize the actors are doing the hard stuff, not a stunt double (although insurance concerns surely made it impossible for them to do everything).

If this movie and her previous project signal a shift in Watts' career that will be dominated by survival tales that put her at the center of a story and showcase her doing things that give most viewers a pulled tendon just sitting there in the audience, so much the better. It's not hard to imagine Watts building her own equivalent of the Neeson action pictures, or Tom Cruise's "Mission: Impossible" franchise, or those classic B-westerns that Randolph Scott made with Budd Boetticher in the 1950s and '60s, all of which told self-contained stories of unfussy heroism and invited you to appreciate the physicality of their stars, who were over 50 but had the strength and endurance of people half their age. 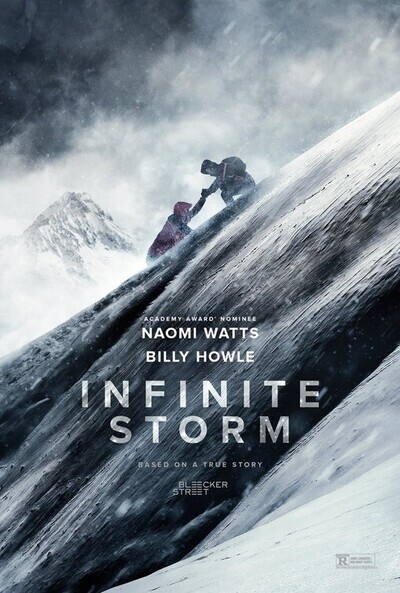 Rated R for some language and brief nudity.

Coco Sumner as Hiker Will

Writer (based on the life of)