I Used to Be Darker

It's impossible to watch Sundance hit "I Used to Be Darker" and not see director/co-writer Matthew Porterfield's fingerprints. This is partly a function of the story Porterfield tells, but it's also a stylistic affectation. "I Used to Be Darker" follows a married couple in the process of separating, their alienated daughter, and her equally estranged cousin. These characters' are all trapped in their own heads. They're not yet ready to get outside of themselves and deal with their problems, so just being around each other makes them uncomfortable.

Porterfield ("Putty Hill") tries to simultaneously respect and represent his characters' loneliness by filming them as a part of their environment. Close-ups are used sparingly, and characters are often not visually foregrounded (they're like pieces of furniture, only mobile, and sentient). That over-protective style is sometimes exciting and beguiling, as in a concert scene where the two girls disappear into a crowd. But it's also often distracting since it pushes viewers back, and keeps them at arm's length.

"I Used to Be Darker" doesn't have much of a plot because it's more about a particular moment in time than characters who develop in any obvious way. Since she doesn't live with Abby (Hannah Gross) or her parents, Taryn (Deragh Campbell), Abby's cousin, is the audience's stand-in. Taryn is standoffish, but not more than anyone else in the film. She doesn't answer questions and doesn't want to take responsibility for her actions. She simply wants to hang out with Abby, and to wander around without being bothered. But as we learn, Abby has run away from her home in Ireland. That crisis parallels the tension caused by the upcoming separation of Abby's parents, Bill and Kim (Ned Oldham and Kim Taylor), but only to a point.

Everyone in "I Used to be Darker" walks on eggshells because nobody is sure of what to say to each other. So instead of over-extending himself to show how much he likes his characters, the filmmaker gives them their space, and lets them show us what they can. This is simultaneously as frustrating and rewarding as it sounds. Watching Taryn drift around her host family's house, wading in and out of the the camera's frame as she swims in their pool, is exciting. Her body language speaks for he. As she wanders around, never really fitting in, she really does look like a part of an unstable whole.

But that's not true of certain major scenes, like the one where Bill, a musician, plays a song for himself (he's alone in his basement) before destroying his acoustic guitar. Bill is indistinct from the rest of his home until he gets up and lashes out. It's as if he's trying not to fade into the background of his own scene. This might be exactly the effect that Porterfield is striving for: if so, he achieves it a little too well.

Porterfield's approach should not be confused with standoffishness, but it is unnerving in a similar way. In one scene, we see Taryn through the hallway that connects the room she's in with the room the camera is in. This is a successfully alienating shot, but not necessarily in a good way. Likewise, while it's exciting to see Porterfield put so much emphasis on his actors' body language, you can't help but want to get closer. Watching Campbell over her shoulder or in a mirror is frustrating because it consistently limits our view of her character. Porterfield's people can't give anything away beyond their immediate aggression, frustration, and sadness. But it's hard to appreciate an intentionally blurry portrait of a family that's so impressionistic that all you can see of its already-withdrawn characters are their shadows. 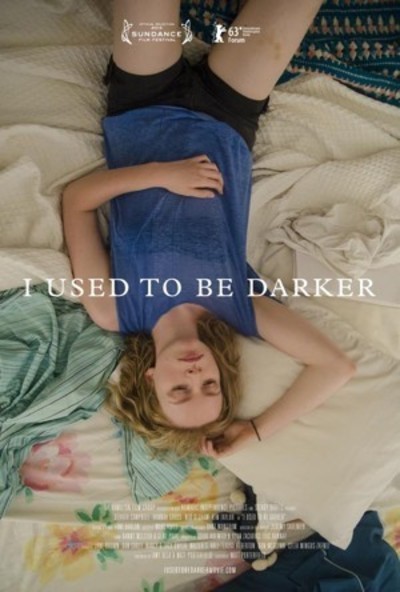