In Stephen Cone’s “Henry Gamble’s Birthday Party”, a 40-something mom of two nearly-grown kids, confesses to her daughter, “Something happened to me and I’m not sure what I’m becoming.” Every single one of the 20 characters has a similar moment at one point or another during the course of Henry’s party, which takes place over an afternoon and evening. Stephen Cone is a humanist; he can’t help but perceive that every person, even those we might write off as “types," has complexity. This may sound like “Henry Gamble” is a dreary psychological drama, but it’s not. It’s a rambunctious, often hilarious, and carefully-constructed story about a teenage boy starting to question his sexuality in the midst of his Evangelical Christian world. Instead of keeping the focus tightly on Henry, Cone widens the scope, giving each character a unique arc. There are times when the film plays like a French farce, or a suburban version of Jean Renoir’s “Rules of the Game,” with different couples running in and out of different rooms, having whispered melodramas before leaping back into the pool. Underneath the exuberance, the film roils with turmoil. A lot of low-budget films have a similar setup to “Henry Gamble”: they take place in one location and focus on interpersonal relationships. But “Henry Gamble” is huge in comparison. It’s about people in the process of “becoming.”

The first scene is a quiet stunner. Two boys, Henry Gamble (Cole Doman) and his friend Gabe (Joe Keery) lie on their sides in bed; when they speak, they stare directly into the camera. The angle suddenly shifts to an omniscient one and it’s the first time you see that they’re in the same bed. They’re talking about Henry’s birthday party later that day and Gabe talks in great detail about what he would like to do to a particular hot girl who will be there. There’s an eroticism in their dynamic, although they never touch, and the scene culminates in the two of them masturbating, side by side. The most striking thing is that the scene is both sexual and innocent at the same time. Afterwards, they head on down to the family breakfast where they all join hands in prayer. Neither boy blinks an eye at the incongruity. Everything is set up right there: the shared faith, the burgeoning sexuality, and the uneasy yet unconscious compromises made between the two.

Guests start arriving for Henry’s party. Henry’s Dad, Bob (Pat Healy), a minister, has invited some adults from the church to attend the party, and Henry’s mom, Kat (Elizabeth Laidlaw) has some unspoken feelings about that. Kat has a lot of unspoken feelings. Henry’s older sister Autumn (Nina Ganet) is home from her small Christian college. She still wears her purity ring, although a self-deprecating comment made to a friend about the ring suggests there’s more going on there. Kids from church arrive, throwing off their clothes and leaping into the pool. A couple of friends from Henry’s high school also show up, and segregation commences between the “church” kids and the “secular” kids. The two groups keep a wary distance from one another. Another kid, Logan (Daniel Kyri), arrives, his openly conflicted nature pulsing off of him, creating waves of anxiety in everyone else. Henry isn’t thrilled Logan has shown up, and there are awkward stilted interactions. Ricky (Patrick Andrews), a young man with a misery-haunted face, sticks close to the adults up on the porch. Same with Grace (Darci Nalepa), a young girl in a prim sundress, who sits next to her mother, throwing longing glances down at the pool.

One of the adult couples shows up with a box of wine, and Bob hides it under the sink like a naughty teenager. This is not a drinking crowd, and Bob the minister has to set a good example. Bob and Kat don’t even have wine glasses in the house so when the inevitable happens, and the adults start sneaking off one by one to gulp down wine in the laundry room, they have to use coffee mugs. “You know, Jesus drank,” slurs one of the guys later in the party. Grace’s humorless mother tut-tuts about the girls’ bikinis and then launches into a monologue about the horrors of sex-trafficking and pornography. The other grown-ups, churchy though they may be, are visibly bored.

There are a couple of standout scenes. There’s one anguished sequence where lonely Ricky accidentally gets locked in an upstairs bathroom. There’s a beautifully written scene between Kat and Autumn, where they sit in a car in the driveway, drinking wine, and talking with a new kind of openness. Autumn and her high school boyfriend Aaron (Tyler Ross), who shows up at the party unannounced, have a furious fight on the sidewalk, Aaron completely baffled at what on earth he could have done to make her scream at him like that. Grace’s continual longing to go in the pool, and her fear of her mother’s judgment if she did, as well as her fear of how much she WANTS to go in that pool, is its own ongoing cliffhanger. Cole Doman is young but he understands so well that Henry is not aware enough yet to understand the duplicity forced upon him by his beliefs, the duplicity he participates in. He has grown up in a world where “Hate the sin, love the sinner” is spoken by people who really mean it, who feel loving when they say it. Henry is a loved, and even pampered, son. But things are starting to rise up, things that can no longer be ignored.

The transformations when they came are not all explosive. In fact, very few of them are. There are no huge Declarations of Independence. Transformations occur in quiet moments of honesty, or in expressing uncertainty in a world that is supposed to be so certain. Cone keeps so many balls flying through the air, and he moves so easily from farce to awkwardness to quiet conversations to rampant sexual teenagers and back and forth that there’s never a dull moment. (Cone also edited the film.) Even Grace’s judgmental mother has her moment, in one of the most extraordinary outbursts in the film.

Cone does not use his characters for target practice. He comes from an Evangelical background, and his father was a pastor. He views the characters with affection and compassion, but is willing to be honest about the double-binds that their belief system can create. Every character has a secret, some hidden thing threatening the house of cards. If you let out the truth about your sexuality, your purity ring, your doubts, your depression, you will be shut out of that warm and enveloping group. The pressure to conform is subtle but enormous. The characters were taught that life was simple. Life turned out to be complex. Some will go with that flow, others won’t. Ultimately, though, it’s up to them. At least they are no longer hiding from their own truth. At least now they know who they are. 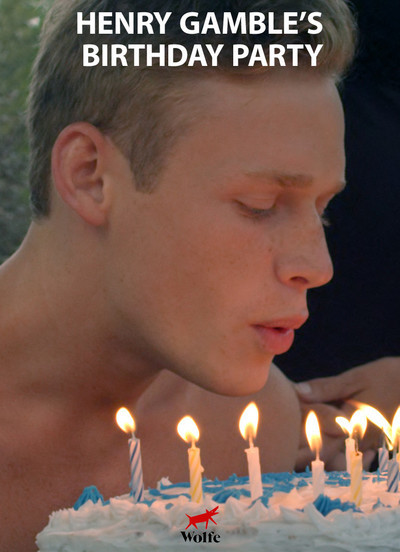