Filmed in secret in Cuba and released with little fanfare on Amazon this morning, “Guava Island” is a musical-romance-thriller from the team behind FX’s “Atlanta,” director Hiro Murai and its star, the unstoppable Donald Glover (known in his music persona as Childish Gambino). Glover casts himself as a man of the people in the film—a rebel with some Childish Gambino songs in his heart—and its inspired however slight storytelling makes for another great display of Glover’s many talents as an entertainer.

In an opening animated sequence, “Guava Island” tells of how the title land was once intended to be without love and war, before being essentially colonized with factories by a company named Red Cargo. The script by Stephen Glover then takes place on a typical Saturday for two of its citizens, Deni (Glover) and his girlfriend Kofi (Rihanna). It’s a work day, where Kofi is in the factory stitching fabrics with other women like Yara (Letitia Wright), while Deni is shown singing on the radio (“Red’s Cargo is the best cargo”), offering jingles meant to calm the masses. Then, he’s out of there—with a guitar around his back, he dashes through crowds while ask people him about the festival he’s scheduled perform later that night, which everyone on the island anticipates as a break from labor.

Deni soon gets to his main job, where he can’t mute his voice of dissent. “We live in paradise but none of us have the means to actually live here,” he says to a peer. When a different coworker talks about moving to America, where things are supposedly different than the oppression on Guava Island, Deni breaks into Childish Gambino’s masterful “This is America,” joined by other workers in accenting the masterful song’s taunting, outraged nature. But then, boom—Deni is kidnapped, and brought to meet boss Red Cargo himself (Nonso Anozie). Deni is given a stern message—cancel the festival tonight or else, because the people of Guava Island would be too tired to work on Sunday like they normally do. Word spreads around the island fast: is Deni going to cancel the show?

As much as the directorial credit goes to Hiro Murai, the credits are more accurate in that this is “A Childish Gambino Film.” More than a strong narrative or clear-cut message, (the ending is both sincere and silly), “Guava Island” functions to give Glover a lead role in a film and time to do what he does best, like his comedy bits when interacting with the people of the island (like masked kids who attempt to mug him, even though he has no money to lose), or the way he commands the screen like during an intimate song and dance number he does for Rihanna by the water. He’s an entertainer who is bursting to sing, dance, act, or make a joke, and it has always been one of his most infectious qualities. Mega-watt star of her own Rihanna does not get all that much to do in the story besides being a love interest, the film cheaply bargains, but at least we get to see a couple of scenes with him wooing her.

Like how Austin Vesely’s recent “Slice” threw Chance the Rapper into a fun horror hodgepodge about gentrification, Hiro Murai’s “Guava Island” puts Glover and Rihanna in a storybook version of a paradise that's been taken over, with dominating reds and blues on-screen deepened by a grainy film look and contained in a classic aspect ratio. And like “Slice,” “Guava Island” sucks you in with that sense of world-building, despite the color red specifically being used here as a very broad symbol for corporate domination. But even the vivid imagery can’t make one forget just how clunky "Guava Island"'s anti-capitalist commentary can be: Amazon isn’t exactly the last company one thinks about when observing the exploited workforce and dominating presence of Red Cargo.

In its 55-minute running time, “Guava Island” touches upon bits of music, comedy, romance, and political violence, its mind focused on art as a form of freedom—whether that comes in the form of a beat, a melody, or a cinematic image. For a movie specifically meant to follow Childish Gambino's 2019 Coachella performance, that context of fleeting liberation adds a brilliant, bittersweet significance to some Childish Gambino songs that are played in part or in full here, like “Summertime Magic,” “Feels Like Summer,” and “Saturday” ("Saturday / All I want to do is make you dance, girl / And fall in line"). Glover and Murai accentuate how these songs are more anguished than their groove-ready nature suggests, in a way that both makes “Guava Island” exciting if not a little more frustrating, leaving you wanting more. 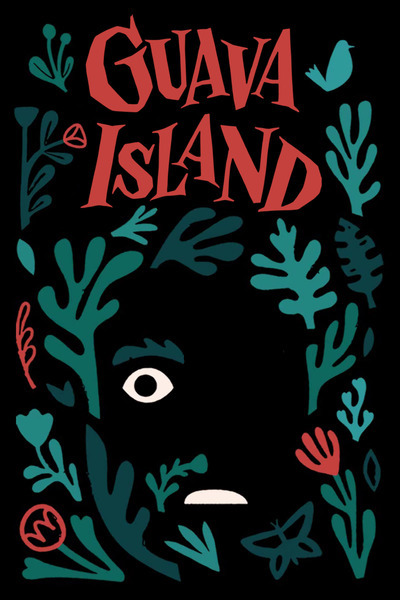