Outside of satires, do characters in monster movies ever watch monster movies? They might learn a thing or two. The sci-fi comedy "Grabbers" offers a fresh chance to ponder that question in an early scene, as a heavily brogued fisherman peers curiously at his day's catch. Clearly, that's no lobster in his lobster trap. Yet he takes it home and dumps it in his bathtub—like you do. He'll soon discover that the creature, perhaps in homage to a Ridley Scott classic, has a penchant for glomming on to humans' heads, attempting to funnel blood through its tongue. The man calls the thing a grabber. Everyone he tells thinks that's a ridiculous name.

For this week's invasion, aliens have targeted an island off the Irish coast, providing "Grabbers" with some lovely scenery but little else in the way of originality. The visitors include one male, one female, and a lot of soon-to-hatch eggs. Unable to classify the species, the town scientist nevertheless determines it requires only blood and water to survive. Water won't be a problem, given that this is an island and a storm is about to hit. Blood won't be a problem, either—though in an area where all the residents can simultaneously squeeze into the lone tavern, the immediate supply seems limited.

By way of human interest, "Grabbers" provides a mismatched-cop story. Reserved local Ciáran O’Shea (Richard Coyle) is teamed with big-city officer Lisa Nolan (Ruth Bradley), temporarily assigned to the island to fill in for Ciáran’s colleague. Ciáran questions whether there’s a need for a substitute, but Lisa is ready for anything. "It's always the quiet places where the mad shit happens," she says. Sure enough, whales with giant gashes in their sides begin washing up on shore.

Lisa is so upright and devoted to her work that, apparently, she's never been drunk in her life. That's ironic, since getting sloshed is a favored pastime on Erin Island. Noting that Lisa is the prettiest lass to breeze through in a while, the bar proprietress tries to set her up with Ciáran. To the extent that there's a romance, it’s one of screenwriter's convenience. (Discovering severed heads between flirtations doesn't exactly set the mood.) With regard to both the humans and their plans for luring the invaders hither and yon, there's a sense scripter Kevin Lehane is devising the rules as he goes along.

The CGI effects are polished without showing all that much; tentacles can be an excellent means of obscuring a detailed look. These aren't the smartest extraterrestrials to attack the planet, and the methods used to fight them—including a Super Soaker filled with gasoline—suggest a similar lack of foresight. The film's funniest conceit involves the aliens' major weakness, which is worth discovering on your own. Suffice it to say that these guys picked the wrong town to invade. It's a bit like attacking Wisconsin despite an aversion to cheese, or holing up in a cola factory while disliking high-fructose corn syrup.

A U.K.-Irish coproduction opening simultaneously in theaters and on demand, "Grabbers" offers a mild, low-key variant on formulas employed more successfully in "Hot Fuzz" and "Attack the Block." The two leads are appealing, and the pace is brisk, but the movie never aspires to be more than a cookie-cutter creature feature—the kind of film that can be washed back with a pint and then forgotten in the morning. 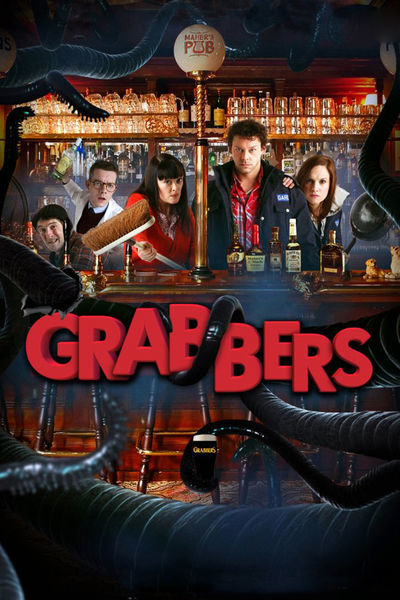