Realistically, I am "Ghost Team One"'s target audience. "Beavis and Butthead"-style humor cracks me up, but only if it's executed with crass charm, or just an appreciably vivid imagination. Also, a horror-comedy that parodies found-footage horror films sounds like a great idea to me. The sub-genre of horror films that "Paranormal Activity" and "Blair Witch Project" have recently inspired is, by now, played out. Most of the people making found-footage films either don't need to tell a story using POV-centric photography, or don't know how to fully exploit that gimmick.

So I'm a little sad to report that "Ghost Team One," a comedy about a pair of dude-bro paranormal investigators, isn't very good. The makers of this high-concept comedy lack the courage of their gross-out convictions. Being loud, and tasteless can also be funny, but if all you've got to offer is bad racial humor, and dopey sex jokes, then you are the F@4k-You Man Eddie Murphy jokes about in "Raw," the guy who cluelessly tries to make people laugh by cursing a lot. "Ghost Team One" also panders to viewers, and does a lousy job of it, too.

So Sergio and Brad have a ghost problem, and that attracts the attention of Fernanda (Fernanada Romero). Fernanda is crazy, as Brad, a musclebound meathead who lives to have sex and do drugs, points out to Sergio, the nebbish, pseudo-likable one. Which is to say: Fernanda believes in ghosts, and one time had sex with a poltergeist. And she liked it. But because Sergio and Brad both want to make love to Fernanda, they choose to overlook this little character flaw. They enlist her help in investigating the ghost that's haunting their apartment, and while they do that, they also try to do her.

The makers of "Ghost Team One" don't really get very far from this basic set-up. In fact, the film's plot is like a caravan that's stuck making donuts around a fixed point while buzzards lick their beaks overhead (though I guess that makes me a vulture so, uh, hm). This is because the makers of "Ghost Team One" aren't that interested in mocking tropes of found-footage horror films. Instead, the film is just about two guys and a girl who are so horny that two of them are willing to have sex with a ghost. That's not a spoiler: Brad just happens to want to have sex with a ghost as much as Fernanda does. In fact, one of the only funny jokes in the film is when Brad, after being jerked off by a ghost, is called a "paranormal sex survivor."

That joke is one of the only times that Santos and Villarreal do a good job of making fun of themselves. For the most part, their characters are just obnoxious. Brad is essentially a rejected "Jersey Shore" cast-member, and all Sergio does is sulk, and try to make it with Fernanda, who is alternatively doey-eyed, and sex-hungry. You know you're in real trouble when the filmmakers can't even nail a soft target like Chuck (Tony Cavalero), Brad and Sergio's uptight, and gratuitously racist roomy. This guy repeatedly calls the cameraman "Ching Chong," and is eventually possessed by a Chinese ghost. That isn't ironic, it's just stupid.

And for the most part, so is "Ghost Team One." Apart from one or two memorable jokes, like when Sergio calls Brad "the Kobe Bryant of ghost-f@4king," the film is just dead-light-bulb dumb. The characterizations are so one-note, and the plot, such as it is, is so tired that it feels like the film's creators were obligated more than they were compelled to finish the film. Who knows, maybe some upper-case Good thing came of the completion of this film. Maybe some poor satirist's house no longer has a lien on it, or maybe a collection agency is no longer auto-dialling a struggling artist with intimate details about their negative bank balance. Even if both of these Good, Good things were true, that doesn't justify the quarter-assing of a project like "Ghost Team One." Like any dirty joke, it needs to be told with gusto, and an unholy love for filthiness. Unfortunately, all that's being offered here is the suggestion of naughtiness, and not actual filth-flarn-filth-flarn. If you think you want to see "Ghost Team One," keep thinking until the feeling passes. 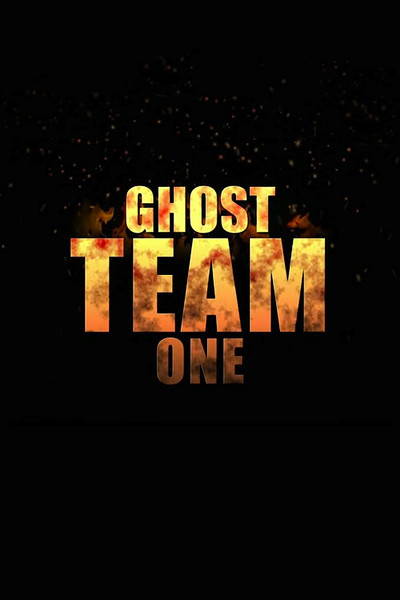