Aaron Sorkin has recently expressed interest in making a sequel to “The Social Network,” his Oscar-winning script about the rise of Facebook, and the burgeoning culture of online acceptance that made it a historic success. Someone should tell him that the story within Hulu documentary “Fyre Fraud” beat him to the punch, telling of how a new upstart—with privilege, coding skills, and an intuition for what his peers want most—sold a fantasy that became a monstrous failure. McFarland’s 2017 Fyre Festival, the “Woodstock of the Millennial Generation” (as someone calls it here), proved to be a scam borne in part from monumental misjudgment, its FEMA tent accommodations and styrofoam sandwich dinners mere symbols for the vacuous nature of our contemporary illusion-driven online culture. It's a story that inspired a documentary gold rush (we'll be reviewing a second Fyre Fest doc from Netflix on Friday), but in the case of "Fyre Fraud," it has made for an often hilarious and incisive treatise on Millennial hubris.

Written and directed by Julia Willoughby Nason and Jenner Furst, “Fyre Fraud” is much stranger than fiction, and yet it tells a story that makes perfect sense in the age of influencers and the general need to be seen. At first it was a dream, a music festival in the Bahamas over two weeks, promising villas and and white-glove concierge service, dinners with special guests, and a bunch of fellow music-lovin', photogenic Millennials on one island. Before it became a very real nightmare for all who had flown down to the Bahamas and spent thousands of dollars on getting a sunburn and flying back home, it was meant to be a paradise populated with everyone’s favorite musicians, social media riffraff and movie stars: I’m talking Kendall Jenner, Bella Hadid, Kanye West and G.O.O.D. Music, Emily Ratajkowski, Migos, Lil Yachty, Hailey Bieber (formerly Hailey Baldwin), Diplo and many more. Whether or not you're hip to those names and terms like "FOMO," you should tune in: like taking all of your clothes and putting them on your bed after a visit from Marie Kondo, "Fyre Fraud" offers whopping perspective in its summation of our online culture, displaying everything at once while showing just how unsustainable so much of it is.

The developments in McFarland's con story are truly baffling, and yet you can see clearly how this scheme came together, and pressed on cringing-moment-by-cringing-moment until there was nothing left to hide. “Fyre Fraud” provides a vivid sense of the mentalities that would be wooed by this nothing festival: for the head honchos who knew that if they looked like they built it, Millennials would come; and for the consumers themselves, who would spend a mind-boggling amount of money, to star in such a reverie. McFarland and his team brilliantly marketed the event, using Instagram and multi-million-follower influencers like Kendall Jenner and FuckJerry (the latter of which their handler at the time, Oren Aks, speaks openly here), but were so detached from reality that they didn’t perceive what a catastrophic disaster they were setting everyone up for.

As the documentary profiles McFarland in detail, he's proven to be a perfect match for the superficiality of influencer culture given his status as a compulsive liar and an updated dictionary’s definition of a con man. From “Fyre Fraud,” a stable narrative arises of where that came from, like with his steel credit card company Magnises, (which only provided the image of having a fancy credit card) further poking holes into the facade that some of the most successful have any idea of what they're doing. But he is shown to be savvy about the culture, appearing very much a product of it himself, while constantly being embroiled in one shady promise after another. And yet he plows through with Fyre Festival with the help of investors and support from Ja Rule (looking to fall into success) and the absurd sidekick Grant Margolin (referred to as McFarland's Dwight Schrute). They start work on Fyre Fest a mere four months before the first arrival, dumping the on-the-ground responsibility on hired workers and Bahamians who worked day in and day out.

Nason & Furst have a welcoming flashiness when telling this story, cutting quickly between talking head interviews, select archive footage and various accentuating clips from pop culture, as if it were taking that filmmaking method back from second-stage Adam McKay movies “The Big Short” and “Vice.” These clips can be appropriately hit and miss, especially if things are too on-the-nose, like a whack-a-mole insert meant to accompany McFarland's comparing of his self-made problems to the futility of that game. But in one of its more clever cultural commentaries, "Fyre Fraud" uses moments from shows you can watch on Hulu, making the doc's zeitgeist all the more immediate. Call it product placement, but it also makes for apt metaphors that speak to the same absurd tone, like when someone compares McFarland’s ventures to those of Jean-Ralphio and Tom Haverford’s on “Parks & Recreation,” their own failed Entertainment 720 business only excelling at displaying flashy nonsense.

You can often tell a great documentary from the care that is put into talking head interviews, of which “Fyre Fraud” is a textbook example. McFarland speaks in a room that's revealed to be large and empty, and perhaps staring into the abyss he has made, calls it ominous. Sometimes shot in profile close-up, his sharp eyes are the most fascinating nature, flickering as they process his next lie while his face tries to look clueless, disarmed.

McFarland shares a similar interview setting for those who have gotten into his orbit, whether it's lawyers, former employees, or social media types, who speak in big spaces that look like someone forgot to fill in. It’s then especially fitting that the doc’s pop culture and social media commentators—like the New Yorker’s incredibly astute Jia Tolentino—opine from tall buildings, surrounded by natural light. They are removed from the nonsense of this saga and able to offer their clear perspective, diagnosing what influencers really mean to us, and what our fixation with their business hath wrought.

But "Fyre Fraud" does not just dunk on McFarland, Ja Rule, and anyone who might be complicit—they’re clowns already, their plainly not-smart choices and astounding arrogance making for super-size schadenfreude. More persuasively, it's a damnation of the mentality that helped make it possible, calling out a culture that progressively puts more value into how you make yourself look online. And yet we’ll look back at "Fyre Fraud" like we do “The Social Network,” as this is not so much a time capsule but a catch-up to where the beast of social media psychology is headed next. One day we'll stop making memes about Fyre Fest, but the sentiment behind “fomo,” and the obsession with following fantasy lifestyles to feel like we're a part of something, will proliferate and only lead to the next worst thing. It feels like the best that we can do now is just soak up the cringe comedy, in which everyone’s arrival to the barren festival site is one of the Millennials’ darkest jokes yet. 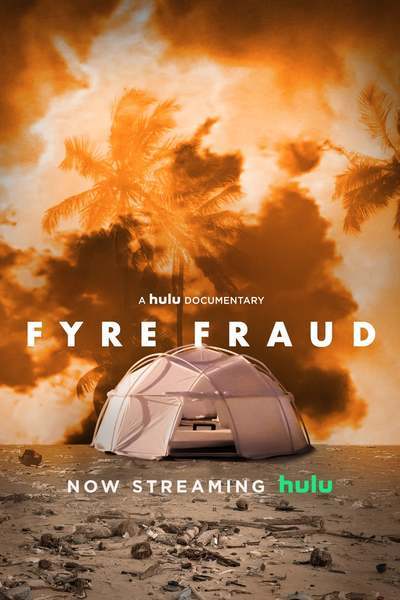 Billy McFarland as Himself

Jia Tolentino as Herself

Vickie Seger as Herself

Ben Meiselas as Himself

Delroy Jackson as Himself

Ava Turnquest as Herself