So here's the pitch, boss. "Four Christmases." We star Reese Witherspoon and Vince Vaughn as a happily unmarried couple whose parents are divorced and remarried, and since nobody is talking to one another, they have to visit all four households on Christmas.

Why don't they just invite everybody over to their house, or rent a private room at Spago?

No, no. They usually don't go to Christmas with anyone. They usually go to Fiji and tell their parents they're out of cell phone contact, breast-feeding orphans in Guatemala.

They're really in Fiji. But their flight is canceled because of heavy fog. They're interviewed on TV, and now everybody knows they're still in town and they have to make the rounds.

How long will this take to establish?

First stop, Vince's dad. We'll get Robert Duvall. Mean old snake. Both of Vince's brothers are like extreme duel-to-the-death cage fighters. They beat the crap out of Vince, while ol' dad sits in his easy chair and verbally humiliates him.

Who are the brothers?

Jon Favreau as a cage fighter?

He got a trainer.

That would slow down the family fight.

Wait until she gets to her mom. Wait until we get to both moms. Her mom is Mary Steenburgen. She's sex hungry. His mom is Sissy Spacek. She's in love with Vince's best friend.

Those are both good actresses.

Right, but they can handle this. Jon Voight for Reese's dad. He lives on Lake Tahoe. Perfect for Christmas.

He lends the picture gravitas.

The audience, does it laugh while his brothers beat the crap out of Vince?

Tell me something else that's funny.

Two babies who urp on everyone.

Also, we have Dwight Yoakam as Pastor Phil.

Spare me the religious details. All I want to know is, does Yoakam sing?

We got two gold-record singers and they don't sing?

So? We got five Oscar-winning actors, and they don't need to act much. There can't be any singing, boss. If McGraw doesn't sing, then Yoakam doesn't sing. It's in the contract. A most-favored-nations clause.

Most-favored nations would not even remotely apply here. That is insane.

There ain't no sanity clause. 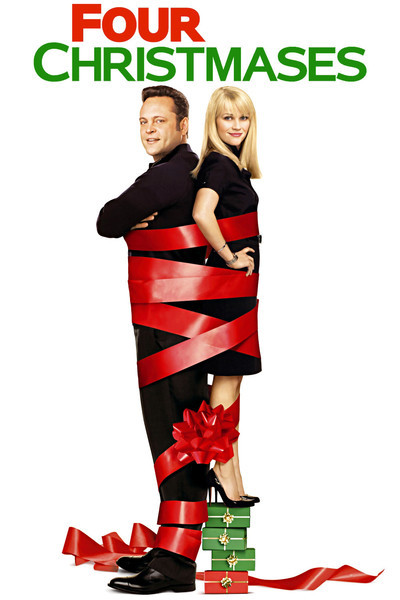 Rated PG-13 for some sexual humor and language