One of the greatest moviegoing experiences of my life occurred over a decade ago at Chicago’s historic Facets Cinematheque. I sat in the front row and watched the sun slowly rise as the earth gradually awakened in the opening shot of Carlos Reygadas’ “Silent Light.” For a fleeting moment, the relentless pace of the city that surrounded me froze and I was able to savor the breathtaking beauty and rich sensory detail of a natural environment all-too-often taken for granted. As we approach the one-year anniversary of the initial lockdown last March due to the COVID-19 pandemic, it’s worth reflecting on the extent to which each of our lives has begun to move at a different rhythm as a result of our physical distance from one another. I spent more time outdoors in 2020 than I ever have before, taking countless masked hikes while pausing to savor the sound of waves lapping against the shore, activities I never would’ve made time for had the world remained open.

What’s most rewarding about curator Sam Abbas’ short film collection, “Erēmīta (Anthologies),” is in how it magnifies the ways in which all of us, regardless of where we live, have become intrinsically connected by the challenges of this unprecedented era. At the precise moment that a kid onscreen found that his Zoom chat with peers had an unstable internet connection, the online screener I was viewing started to buffer, and I couldn’t help laughing. There’s perhaps no more appropriate way to view a picture depicting how our planet is in the process of rebooting. Clocking in just under an hour, “Erēmīta” is comprised of five short films that were shot and directed by esteemed cinematographers during the global lockdown. Stitching them together are meditative interludes helmed by Abbas, who structures the anthology in order to reflect the journey of Friedrich Nietzsche’s hermetic titular protagonist in “Thus Spoke Zarathustra,” whose transformation into an Übermensch (or “superman”) after years in solitude was unforgettably visualized in “2001: A Space Odyssey.”

With the total of deaths due to COVID-19 nearing 2.5 million, the filmmakers have made a wise and generous choice in donating all profits from this film to Amnesty International. That alone makes the project worthy of admiration, though what are its merits as a work of cinema? For its first third or so, “Erēmīta” moves so slowly that I was frequently tempted to search for its pulse. However, what starts as monumentally tedious eventually blossoms into something truly sublime, much like the past twelve months my fiancée and I have spent largely in our studio apartment. Kicking things off at a snail’s pace is Soledad Rodríguez’s “The Eagle and the Snake,” named after Zarathustra’s animal companions that accompany him on his lonely journey. Murky footage of pets and car rides make it seem as if we are peering through a thimble, suggesting how narrow our perspective has become during our daily routines. Only in the queasy last shot does the aspect ratio switch to widescreen as the camera is literally carried in a bag outside, which approximates the disorientation one feels when attempting to navigate your way outside while wearing a mask and fogged up glasses.

If the rest of the shorts had been as spare and rambling as Rodríguez’s entry, the anthology would’ve made more sense as a museum installation than a movie. Luckily, the next submission from Ashley Connor, “Zarathustra,” ratchets up the viewer’s interest several notches by entering the headspace of Nietzsche’s immortal loner. After proving her immense skill at externalizing character psychology in Josephine Decker’s “Madeline’s Madeline,” Connor superbly portrays the mounting sense of restlessness one feels in isolation, as she photographs her own nude body in the shadows of her empty home. In its surrealistic flourishes, I was reminded of another excellent short made last year, Weronika Maria Szalas’ “Curiouser & Curiouser,” which explored how dreams and reality have been rendered practically indiscernible from one another during our days in quarantine. Both filmmakers also show how our brief escapes into the sanctuary of nature register as a soul-cleansing tonic.

Zarathustra’s first steps toward reentering the world are represented by the next two shorts, beginning with Stefano Falivene’s “The First Journey,” which begins with a stroll along the tourist-free Colosseum in Rome, as we hear the director’s pronounced breathing from behind his mask. We later see Falivene’s virtual conversation with a colleague about the absurdity of attempting to shoot a film that requires enormously expensive virus protocols. Their banter earns a couple guffaws, which are most welcome, however incredulous they may be. Unsurprisingly, short number four, “The Second Journey,” is the best of the bunch, considering it was lensed by Alexis Zabé, the brilliant cinematographer of not only “Silent Light” but Sean Baker’s “The Florida Project.” Like Baker’s neorealist gem, Zabé’s short finds unexpected poetry in its evocative, unsentimental setting. Shot in refreshingly crisp high-definition, the film centers on a makeshift community of houseless individuals living in tents near a closed boardwalk in Venice. One of these displaced souls quickly emerges as the living embodiment of an Übermensch, as he basks in the freedom of having to answer to no one but God, who has blessed him with a voice capable of uplifting everyone in his orbit.

Gracefully sticking the landing is “The Finale” from Antoine Héberlé, whose final shot in Hany Abu-Assad’s “Paradise Now” is as much a masterstroke as the opening of “Silent Light.” Whereas Abu-Assad’s film chillingly ends with one of its leads snuffing out his connection from every oblivious passenger on a bus, Héberlé’s short—the only narrative in the anthology—is a tender ode to the nurturing power of empathy. While an apartment dweller busies herself in fixing her radio, a neighbor checks in on her, leading to a dance number that is all the more rapturous in light of everything that has preceded it. If there is any single image that summarizes the spirit of this collection, it is the one that concludes Zabé’s short. In an indelible tracking shot, we see a vast barrier of fences much like the ones joggers and bikers were faced with last summer along Lake Michigan. Finally, the camera rests on a message written out on the fence in caution tape: “Love, Be Kind.” Regardless of one’s spiritual persuasion, these three words have unquestionably emerged as the commandment to honor above all others.

Currently streaming virtually through March 14th at the Museum of the Moving Image (click here for details). 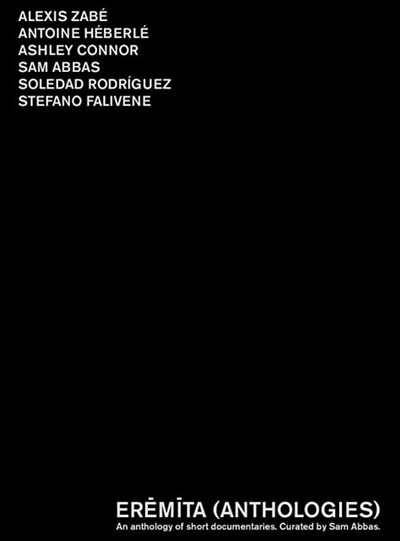