The star rating at the top of this review is not for people who don't like "Downton Abbey," have never seen it, or grew tired of watching it long before it finished its six-season run. Those viewers will consider this a two-star or one-star or no star movie. The rating is for die-hards who will comprise the majority of viewers for this big-screen wrap-up of the Julian Fellowes drama about nobles and servants in an early-20th century English manor. The rating is also for fans of a certain sub-genre of film and TV: lavishly produced costume dramas about repressed people who might cut loose with a bitchy remark now and again, but only if they're pushed to decorum's edge—or if, like Violet the Dowager Countess (Maggie Smith), they're too old, tough, and set in their ways to care what anybody else thinks of them.

Finally, the rating is for the kinds of viewers who will, I suspect, turn this movie into an unexpected smash: those who might not feel obligated to leave their homes to watch blockbusters featuring dinosaurs, robots, superheroes, or Jedi knights, but will travel some distance to see a film in which well-dressed, reasonably thoughtful adults do and say grownup things. Said adults inhabit a tale set in something resembling reality, with banquets, dances, familial intrigue, gown fittings, chaste flirtations, declarations of love, and expertly timed reaction shots of characters silently disapproving of other characters. But the movie omits the Method masochism and "eat this bowl of chaff, it's good for you" bombast that has increasingly become synonymous with Hollywood's Oscar bait.

In "Downton Abbey" the movie, roughly four dozen major and minor characters, constituting both nobility and servants, bustle about the screen for two hours, planning and executing grand schemes and dropping juicy bits of gossip, but mostly taking care of the little details: arranging plates, utensils and stemware; fixing a damaged boiler; completely altering a dress in a few hours. In the the middle of the night, they go out in pouring rain to arrange metal chairs for townspeople who are supposed to gather the following morning to watch the arrival of King George V and Queen Mary, who are scheduled to dine at Downton.

This is far from a perfect film—it feels a bit rushed and thin, and a couple of big moments are tossed off. As in the recent "Deadwood" wrap-up feature, there's enough story for another season of the series, most of it articulated in quite brief scenes (some lasting as little as 15 seconds). The approach is reminiscent of a light comedy from old Hollywood. The viewer barely gets to dip a pinky toe into situations that an hour-long drama would soak in. Still, it works. It really works. It's goodhearted and clever, and it knows when to end.

What do you need to know beyond that? Lady Mary (Michelle Dockery) is still worried that Downton can't sustain itself in a more frugal time that frowns on grand displays of wealth. (There's a reference to the General Strike of 1926, but only in terms of the inconvenience and crankiness it caused.) A contrivance forces the former butler Carson (Jim Carter) out of retirement to take charge of the estate ahead of the royal visit. There's a subplot about the tension between imperial England and the Northern Irish, represented by Allen Leach's Tom Branson, the former chauffeur, current estate manager, and staunch Irish socialist; and another focusing on Thomas Barrow (Robert James-Collier), the repressed gay first footman who later became head valet, under-butler, and finally butler (replacing Carson).

There's also an inheritance plotline that's mainly an excuse to pit Maggie Smith against another great English character actress, Imelda Staunton. The latter plays Lady Maud Bagshaw, a baroness whose father was the great uncle of Robert Crawley (Hugh Bonneville). Maud inherited the "Granby Estate", once belonging to the Crawleys, and is thinking about leaving it to her servant, Lucy Smith (Tuppence Middleton). Scandalous!

Much has been written about the original TV series—and now its big-screen continuation—asserting that the main appeals are nostalgia for monarchy, rigid class hierarchy, and gross colonial expropriation of resources and wealth. That's correct, insofar as it goes. The Public Broadcasting System made "Downton Abbey" a hit in the United States. That network wouldn't exist without Anglophilia. There is something a tad unsettling (though understandable, in a Freudian way) about the continuing wish to fetishize a onetime mother country that the rebel child rejected 250 years earlier. The entitlement here isn't unexamined, but the storytellers don't exactly turn over rocks to see what bugs might be lurking. Like most stories set among the wealthy in another time, there's a "have it both ways" aspect. The script is thick with criticisms of the rich and the social system that enables them, but if that was what people really wanted to see, they'd be at home watching a film by Mike Leigh or Ken Loach. A movie like this is more about the coaches, the footmen, the waistcoats and bowler hats, and the gleam of silver bells.

The opening credits sequence of this movie—which was written by Fellowes, and unfussily directed by Michael Engler (an American, dear heaven!)—tells you what sort of experience you're in for. It tracks the delivery of a letter announcing the royal couple's visit. The envelope crosses the countryside by train, then mail truck, then motorcycle, eventually finding its way into the hands of the staffer authorized to open and read it. The messenger’s ringing of the bell results in a familiar closeup of the wall of bells in the kitchen that we saw so many times throughout the show. Every element you expect to see, you see. The movie knows what it is and is on top of its game. Everything is just so.

I'm not persuaded that this kind of film is inherently less populist than any of the others types I've mentioned, or inherently less "authentic" or appealing, or somehow worse for you, or more false in the pleasures it promises and delivers. In fact, I admit that perhaps I'm rating this film a bit too highly because it gave me nostalgic flashbacks to domestic comedy-dramas like "Moonstruck" and "Once Around" and "The Wedding Banquet," which knew how to get laughs from a brief reaction shot of somebody raising an eyebrow or looking confused; and Merchant-Ivory adaptations like "Howards End" and "A Room with a View," which were thoughtfully written, directed, and performed, but weren't striving to reinvent any wheels.

The latter became synonymous with posh piffle, and for a long time it was uncool to admit enjoying them. But what they delivered were stories about plausible human beings whose relationships were often marked by the decision not to say something. This, too, is a valid form of commercial cinema. It might not be the worst thing to remind the entertainment industry that it can be popular, too. 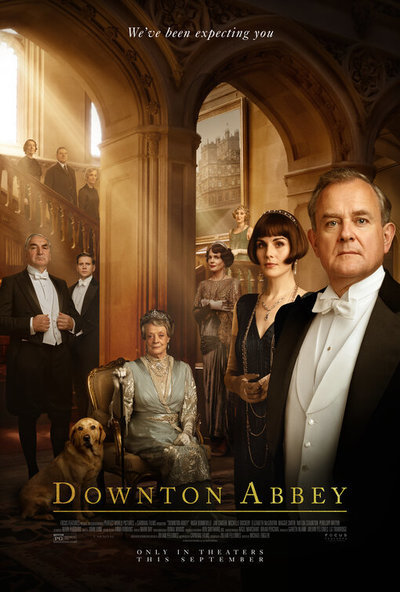 Rated PG for thematic elements, some suggestive material, and language.