Zak Bagans, host of the Travel Channel series “Ghost Adventures,” is in the ghost-believing business—his livelihood depends on viewers thinking that the supernatural exists, somehow. He takes that passion to the film world with the documentary “Demon House,” in which he thinks he has the Big Kahuna of ghost story opportunities: a crumbling house in Gary, Indiana that has been written about in various outlets for its demonic activity, and might even have a portal to hell in the basement. Purchasing the house right before he brings a crew to Indiana, Bagans essentially hopes the estate will help prove that ghosts are real, a goal that “Demon House” assuredly falls short of, and then some.

So that you don’t have the same nagging curiosity that I did while first watching it, I can verify that this is a documentary by form and not just a post-“The Blair Witch Project” found footage con. The truth to the supernatural events in Gary is still nonetheless difficult to pin down, however much sensationalized journalism they inspired, but Bagans knows who he can use to corroborate his adventure: a woman like Latoya Ammons, whose children expressed different episodes of being possessed, a superstitious police officer, a priest who does exorcisms, etc. Experts are not consulted, nor are any party-pooping skeptics invited. It's telling that "Demon House" features a real-life exorcism, but it feels more superficial than supernatural.

“Demon House” in part has Bagans collecting previous accounts about the house's goings-on, complementing them with goofy reenactments that provide anti-tension, especially when it comes to scenes of the Ammons kids freaking out with their eyes rolling to the back of their heads, or screaming in a strange voice. But the bad spirits, or so Bagans and company would like you to think, are ever present, and “Demon House” offers first-hand accounts of him and his crew capturing strange sounds, filming a shadow in a doorframe, or seeing rising levels of magnetism in the basement, etc. Sometimes there's even surveillance footage of himself or others seemingly briefly possessed. With little filmmaking tact other than trying to prove he’s right, it amounts to a hammy enterprise, like his numerous unfortunate freeze frames that create accidental punchlines whenever someone says something ominous.

Happenings do get stranger as Bagans’ investigation continues, offering a fleeting hope that this could be the rare horror documentary that’s actually scary. Bagans’ cameraman Adam is later affected by being in the house, and a parapsychologist named Barry Taff (author of Aliens Above, Ghosts Below) experiences physical repercussions, or so we're told. (The kookiness of “Demon House” might have fared better if it were more a sociological look at people who believe this stuff, looking at it not from Bagans' perspective, but I digress.) As “Demon House” yearns to have its own real-life moments from something like a “Paranormal Activity” movie, Bagans’ film still offers plenty of skepticism, especially whenever it seems possible that it's only the bad acting from the child reenactments that's possessing Adam or Barry's dramatic turns. It proves to be incredibly tedious when you can’t trust your documentarian or even the possible true suffering of his friends, as they collectively inspire more of a “who cares?” than “who knows?” reaction about the existence of demons and whatnot.

But it proves to be shocking most of all watching the doc that Bagans has at least 100 episodes of “Ghost Adventures” behind him. Aside from the authority he claims on-camera when playing ghost host, he’s a notably dull surrogate into these possibly supernatural events. His voiceover sounds tired, and his words lack even more spirit: “This is the case that really f**ked me up.” Followed up later by, “This was some serious sh*t that meant something.” And then his glorious send-off: “Like I said at the beginning, this story is cursed.” Maybe that shrugging nature is fair game in between commercial breaks, but within a feature-length documentary it makes him all the more a storyteller you can't believe, or trust. 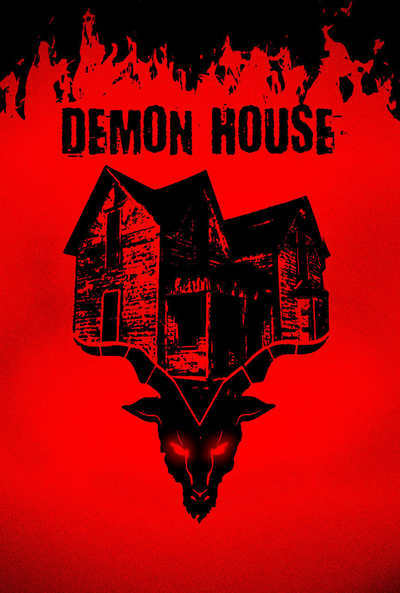 Zak Bagans as Himself

Jay Wasley as Himself

Billy Tolley as Himself