"Coherence" is proof that inventive filmmakers can do a lot with a little. Written and directed by James Ward Byrkit, the movie starts out looking and feeling like half the no-budget indies you've seen: a bunch of seemingly well-off people attend a dinner party at a nice suburban house somewhere in Northern California on the night that a comet is scheduled to pass near the earth. They introduce themselves to each other, hang out, drink, eat and deliver expository banter. Then things get weird, and weirder.

"Coherence" was produced on a shoestring. You can tell. It's shot with multiple video cameras, often wildly, and while much of the overlapping dialogue is comprehensible, some sinks into audio muck. A lot of the action in this night-set film is confined to the interior of the house. When the characters venture outdoors, it's hard to tell what's going on because you can barely see the actors. That the comet has allegedly wrought havoc with electricity only partly excuses this. Even on a moonless night in a forest, your eyes adjust.

Amazingly, though, none of the movie's technical or artistic shortcomings prove to be deal breakers. Once "Coherence" delves into its premise, the viewer is bound to come down with a bad case of the creeps. This is a less-is-more science fiction-horror tale, indebted to the original "The Twilight Zone" (particularly "The Monsters Are Due on Maple Street") as well Luis Bunuel's "The Exterminating Angel," as well as certain recent science fiction indies that I won't name here because I did, you'd immediately deduce the film's first big twist. (Spoilers start in the next paragraph.) And it's genuinely more of a horror film than a suspense or "terror" film because, while there's some violence, the source of unease is philosophical. The characters are frightened by what they don't know, then by the implications of what they've been able to figure out. What's being threatened in "Coherence" is who they are, or what they think they are; not just the integrity of their bodies (though that's at risk, too) but their identities.

This is an ensemble movie, but its closest thing to a protagonist is Em (Emily Foxler, who has a great reactive face), a dancer whose career has suffered an unspecified setback. Em shows up at the party with her boyfriend Kevin (Maury Sterling of “Homeland”) who proceeds to add tension to the evening by offering up an anecdote involving his ex-girlfriend Laurie (Lauren Maher), who's also a guest. Also on hand is Mike (Nicholas Brendon of "Buffy") whose greatest performance might be as a guy who isn't depressed and irritated that nobody remembers that he starred on "Roswell."  There's a pagan cleric type named Beth (Elizabeth Gracen), and a tall, volatile, bearded guy named Hugh (Hugo Armstrong) who keeps trying to contact a friend who seems to have inside knowledge of all the strange goings-on (disrupted cell phone service, power outages and the like).

The first vertigo-inducing moment comes when Hugh returns from an expedition to the only fully lighted house in the neighborhood and reports that he peeked through the windows and saw them—the members of that very group—having dinner. In the other house. In the other house!! There are mysterious notes left on the front door; numbered photographs of the principal characters (one seemingly taken that very day); accusations that a certain character is not really that character; wary or secretive expressions on the faces of people you thought you could trust. What on earth, or in the heavens, is going on?

I'll stop here because I don't want to oversell the movie. It's not a masterpiece, not by a long shot, but it does demonstrate a refreshing willingness to embrace the unknown, the implied, the mysterious. And although it takes a left turn near the end that some viewers might not like, you should at least give it credit for refusing to get complacent. This is a confident movie that feels like the first entry in career worth following. 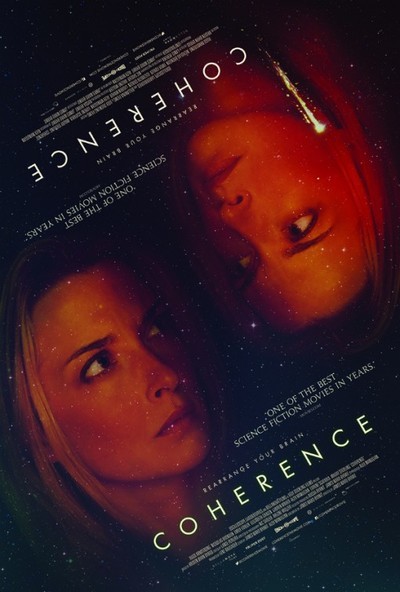