“Cane River” is a cinematic valentine straight from the mind and soul of writer/director Horace B. Jenkins, who died before the project’s original release in 1982. It’s the only movie that he directed, and it was made with an all African American cast and crew. Newly restored by IndieCollect (from a print acquired by the Academy Film Archive), "Cane River" offers American indie cinema a hero worth remembering, and a romantic with a vision beyond his years.

Jenkins channels much of his loving impulses into his lead man, Peter. Played by Richard Romain as a bonafide Adonis, Romain can make you believe that Peter is built for football and also poetry. Even more, you can believe as you watch him casually ride a horse that Peter would decide to choose a life away from the stadiums. “The closest I’ll get to the pros is the prose I put down with pencil on paper,” Peter tells a young boy, in one of his many confident and pleasant interactions with the locals.

Peter has returned to his old Louisiana community of Natchitoches Parish, and while touring through old plantations he meets Maria (Tommye Myrick). She too is a robust, independent presence, who wants to move from her small town into something bigger, and to break from the overbearing nature of her mother, and the unhappiness of her brother. Peter and Maria soon kick off a romance that's cinematically classic, comprised of gushing feelings and purity, but they're always seen as people who come from a specific place that Jenkins cares about so deeply.

There's something to be said about the bumpier parts of "Cane River," like domestic scenes in Maria and Peter's respective homes that are simply shot in wide, as if we're watching a theatrical production. Even the flaws seem to be telling of a filmmaker who did not receive the support—i.e. budgeting—that his story deserved, a further emphasis on what Jenkins' cinematic output could have been.

Defiantly, “Cane River” has the same ease as riding horseback alongside Peter—it’s all about taking in the scenery and the romance, and the movie has no rush to get where it’s eventually headed. Jenkins shows a refreshing approach to lead with feeling more than plot, as so much of "Cane River" is about beholding Peter and Maria and the beauty of two people in love. Romain and Myrick build a lovely on-screen relationship, laughing and learning together, providing a centerpiece for “Cane River” that Jenkins then builds around with New Orleans scenery.

A major component to Jenkins’ accomplished atmosphere is his roster of gorgeous ballads from Roy Glover, which deserve their own release. Some sequences even have their lengths dictated by Glover’s music, turning stolen moments into candid music videos (as when Maria’s brother gets his own sequence about a life that involves going to work, going to the bar, and going to sleep). When it comes to Maria and Peter’s romance, Glover’s first ballad is especially memorable, and it echoes throughout the rest of the movie. Every time you hear its main melody chime in as played on harmonica, it has a nearly Pavlovian effect that reminds you to just cuddle up, and relax.

For a movie that’s so much about soaking up the peacefulness of the present, history provides a sense of conflict to these characters. Even though Peter is described by his sister as “a celebrity candidate” in his bachelor state, it's legacy that makes him undateable in the eyes of Maria and her family—his ancestors collaborated with the Confederacy over 200 years ago, and even owned slaves. True to how the movie values a mindfulness of history in order to move forward, a big scene that later follows is about Peter reading a book about his family. “We knew the value of the land, because we were taken away from the land,” he soon proclaims.

Peter has his own angst with history, related to a countryside family home that belonged to his aunt before being taken and sold by a greedy white attorney. When Peter brings it up later with a lawyer in New Orleans, Jenkins’ story directly addresses Black land ownership: “We are now losing land in this country at the rate of a thousand acres a week,” the lawyer tells him. It’s a staggering number for the context of 1982, and hearing it from this restoration in 2020 makes it all the more prescient.

There's a special beauty within "Cane River"—it champions identity and intellect, all as part of a sprawling canvas where love is the majority rule. Even nearly 40 years later, Jenkins' film still feels radical in its grace. 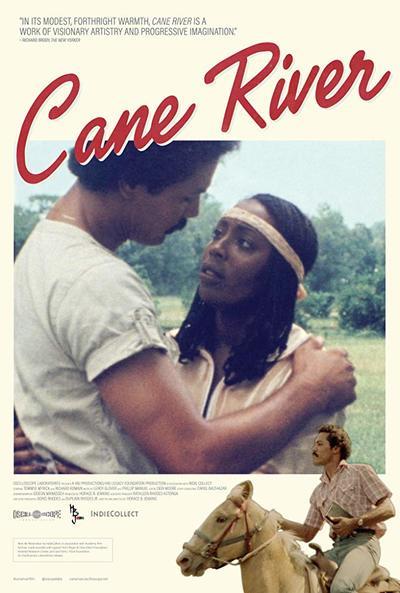