It’s so refreshing to see an unhurried, patient documentary, one that trusts its audience to follow along rather than relying on cheap gimmicks to manipulate emotions. Anthony Banua-Simon’s meditative and personal exploration, “Cane Fire,” accomplishes this increasingly rare feat with a story that, on its face, appears all too familiar. It’s a tale as old as America: vicious colonialism, greedy capitalism, rampant racism, and the erasure of local histories for exploitative ends.

“Cane Fire” focuses on Hawaii’s fourth largest island, Kaua’i, with the chronicling of director Lois Weber’s arrival on the eye-pleasing archipelago in 1934 to film “White Heat” (her first talkie and last directed movie, now considered lost). Judging by the script, the film has subversive undertones: In its climactic scene, the heroine burns an entire sugar cane plantation (a scene censors objected to for fear it would inspire revolts among the local workers).

Banua-Simon’s great-grandfather (the director is of Filipino descent) appeared in the film as an extra, but his footage is long gone. At first, “Cane Fire” looks like it’ll be a personal quest by Banua-Simon to locate this artifact. The magic of this documentary, however, resides in it not taking what could easily slip into a navel-gazing search. Instead, the documentary’s substance springs from its ability to zoom out and connect a wide array of dots for clear-eyed, yet deeply empathetic conclusions.

Banua-Simon understands the power behind an image, and the ways a camera’s lens can shape narratives. For a time, Hawaii’s primary exports were sugar cane and movies: Hollywood used the state’s paradisal surroundings as the background for works like “Diamond Head,” “Blue Hawaii,” “None But the Brave” and so forth, while employing residents as extras. This connection between moviemaking and colonialism initially feels tenuous, at best. But such is the intelligence of “Cane Fire,” whose point is made with every old Hollywood clip of native extras used by white creatives to reinforce stereotypes about Asians and Indigenous people as either dim witted, difficult brutes or exotic beauties awaiting white saviors.

“Cane Fire” smartly makes other connections; it considers how a film like “Big Jim McLain,” starring John Wayne, propped up unethical businesses by associating unions with communism, and in the process serviced the ruling white entities in Hawaii. Banua-Simon further charts how these white oligarchs, known as the Big Five, a quintet of families who controlled all of the archipelagos’ plantations, wielded the images distributed by Hollywood, the relentlessness of an American government consumed by colonialism, and the agriculture and tourism industries. They turned Hawaii from an Edenic home into a dreamlike destination fit for everyone except for the native people already living there.

Banua-Simon tracks these relationships through interviews with family members and union heads who describe an ever-increasing force that’s blunted representation and affordable housing into only being available to the super rich. He also highlights the activist groups trying to reclaim sacred and historic lands from conniving business interests (one spot, in particular, the site of the abandoned Coco Palms resort where “Fantasy Island” was filmed, is culturally significant yet remains in the hands of developers). The possible paths forward for Native Hawaiians are not clear and easy, and Banua-Simon never assumes they are, especially as he presents the two sides, both worried about their futures, who are splintered by the tourism economy and long-held traditions.

Even with its evocative cinematography of lush vistas and the playful, funny editing, sometimes waiting for the thematic pieces to fall into place can cause “Cane Fire” to feel dry. But the harrowing stories here of exploitation still boil one’s blood, and the abundance of Hollywood imagery that erases native folks in lieu of white men ratchets up frustrations with each successive clip. While Banua-Simon never finds the footage of his great-grandfather or Weber’s movie, he reveals a truth and a cause that’s a far more fitting way to remember his heritage and the people he calls his friends and family. 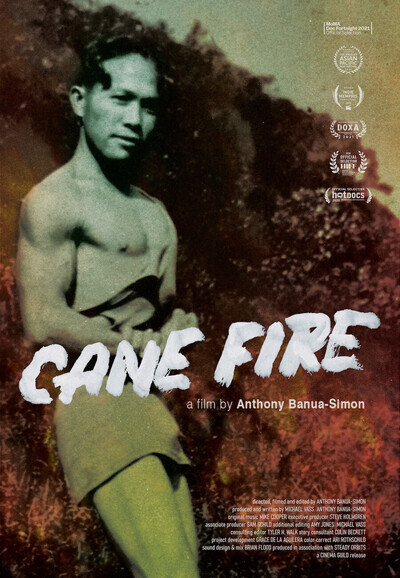