In November 1987, two stations in Chicago, Illinois were hijacked. During the sports portion of the news on WGN that evening, the signal suddenly switched to a person wearing a Max Headroom mask with a swiveling panel behind the figure and distorted audio. Two hours later, it happened again on PBS during a showing of “Doctor Who.” This one was longer and included soundbites that could be made out and even ended with a butt shot. No one was ever caught. It wasn’t the first time—there’s a famous one from a business owner named Captain Midnight from 1986 and the notorious Southern Television broadcast interruption in England in the late ‘70s—but it feels like the event that most inspired Jacob Gentry’s “Broadcast Signal Intrusion,” which uses the concept to tell a story about paranoia and that nagging sense when you’re just one revelation from putting together what everyone else seems to have stopped trying to figure out.

Harry Shum Jr. plays James, a video archivist in Chicago in 1999 who stumbles upon a recording of a BSI that features a figure in a strange, slightly terrifying white mask. He instantly (too instantly, really) becomes obsessed with learning more, soon finding a recording of a second BSI and hearing rumors of a third. It’s not long before James is meeting shadowy figures in parking garages and alleys, getting clues about the origin of the intrusions and what they might mean. It turns out that the dates of the intrusions line up a little too neatly with those of missing women, and, of course, James has an emotional connection because the rumored third intrusion happened right around the time his wife Hannah disappeared.

Phil Drinkwater and Tim Woodall’s script was very clearly inspired by conspiracy films of the ‘70s and ‘80s like “The Parallax View” and “Blow Out,” films with protagonists who become obsessed with the idea that they are just one clue away from solving everything. With increasing concerns over the power of tech, the disintegration of piracy, and the general distrust of government, it seems like a perfect time for a resurgence of the large scale paranoia thriller, and “Broadcast Signal Intrusion” could eventually look like the start of that subgenre’s return with hindsight. Paranoia certainly hasn’t gone away since the ‘70s—it’s just gone online.

An interesting yet underdeveloped component to this particular paranoia thriller is the grief that drives James as much as his curiosity. Whereas most people might investigate these intrusions with the fascination of a true crime podcast fan, James instantly suspects a connection to his trauma, and Shum is capable of conveying the way that grief can impact perception. If anything, it feels like Gentry should have played this angle up—although he was likely concerned about turning “Broadcast Signal Intrusion” into a “missing wife” story—as Shum seems to want to give the project an urgency that it too often lacks. It all leads to a frustrating push and pull between a film and its leading man.

It’s also not long before it feels like the rabbit hole that Gentry is following James down is pretty shallow. It’s a film with echoes of recent horror movies about obsession like “Berberian Sound Studio” and “Censor” but those movies, despite their flaws, felt far more legitimately dangerous and fearless than “BSI,” which is content to maintain a slow buzz of paranoia for longer than it should. The stakes aren't there, which is fine for the set-up, but not for the follow-through. It’s a movie that needs to just go off the rails at a certain point and arguably doesn’t do so until the disappointing final scene, when it almost feels like a different film is just beginning. Maybe that’s the point. The Chicago intrusions never really added up to much either. 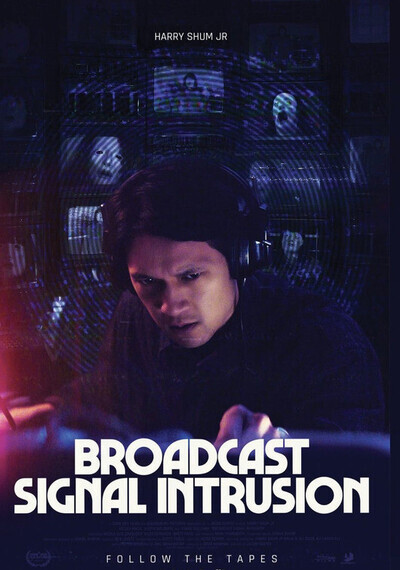 Madrid St. Angelo as The Proprietor