A strong sense of style and a promising premise are undone in a film that never quite figures out how to write itself out of its corner. Heavily inspired by the Dexter books by Jeff Lindsay (adapted into the Showtime hit series with Michael C. Hall) and bowing at the altar of Brian De Palma in visual terms, “Bloodline” has a lot to like for about half of its running time, but never quite figures out how to stop the bleeding. A character study descends into a generic crime novel, complete with a final twist that simply isn’t believable. Still, there’s enough cinematic potential on display before that to warrant a look for hardcore genre fans and those who know that Seann William Scott is a better actor than his resume may have you believe.

The star of “American Pie” and “Goon” plays Evan, a counselor for at-risk teens who has a habit of enacting his own justice on the parents of the troubled kids with whom he meets. Evan has sessions with abused teenagers, tracks down their abusers, ties them to chairs, interrogates them about their violence, and then slashes their throats. He believes he is doing good in the world and is exorcising some demons created by his own abusive father. Of course, Evan’s behavior doesn’t allow for rehabilitation or forgiveness, and doesn’t seem to ever take into account that a detective might connect the dots if parents with kids at the same school keep going missing.

Evan is pushed to the edge by new fatherhood after his wife Lauren (Mariela Garriga) gives birth to a baby boy. The pitch for “Bloodline” could be how the stress of new parenthood impacts the careful routines of a serial killer and that’s a reasonably clever idea for a movie. Serial killers are creatures of habit and ritual, and a new baby throws all of those behaviors off their axis. It doesn’t help that his mother Marie (Dale Dickey) is visiting from out of town, although it’s clear that mom has some secrets of her own from the minute we meet her, too. Late in the film (way too late really), a detective named Overstreet (Kevin Carroll) starts to sniff around the case, and Evan’s carefully-constructed moral code and family unit are threatened.

Debut director Henry Jacobson pays homage to his cinematic heroes a few times, most notably in some daring split-screen and diopter shots that would make De Palma smile (although even he might argue the “reflection in a knife” trick is overused here). Seeing a low-budget film with this much visual gusto is refreshing, and I enjoyed the way Jacobson and his team used color and shadows throughout the film. It has a strong visual language that often makes up for its lack of narrative thrust.

Until it can’t anymore. The final act of “Bloodline” requires Jacobson and co-writers Avra Fox-Lerner and Will Honley to bring in a new character and do some things with their existing ones that I just didn’t believe. The focus gets diffused as we move from a tight one on Evan’s POV to that of Lauren and Overstreet, and that’s when it really starts to remind one of a compressed season of a show like “Dexter.” In that format, the final scenes of “Bloodline” could have been developed earlier in the season, but they come on suddenly here in a way that’s unbelievable. I think no one ever quite figured out how we’re supposed to feel about Evan. Is he a righteous vigilante or a sociopath? Or maybe both? To Scott’s credit, he teeters right on the edge of both, sometimes sketching Evan as a dedicated family man but allowing a glint of insanity to creep into his eyes. It’s a solid performance.

Jacobson would probably be happy to hear that “Bloodline” is the kind of nasty piece of work that I think De Palma himself would like, and not just because it opens with a brutal shower slaying that feels inspired by “Dressed to Kill” (and, by extension, “Psycho,” of course). And De Palma’s films have a habit of not quite coming together as complete packages, especially over the last two decades or so. It’s almost funny to think of the title referring to that lineage more than anything textual in the film -- the cinematic bloodline of a creator down to a filmmaker whom he has so clearly inspired. 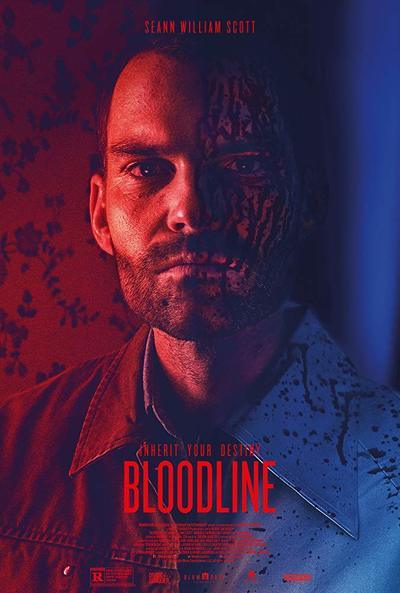