This is a modestly-scaled and exceptionally crafted independent film that is genuinely invested in its characters. Indeed, the writer/director Bryan Reisberg is sufficiently talented and observant that you cannot fail to be convinced that the young people he depicts truly represent the class with which his film is concerned. They do not go to college to acquire culture, but to get a job, and when they have got one, as protagonist Craig (Harry Lloyd) does, in advertising apparently, they scamp it. They have no manners, and are woefully unable to deal with any social predicament. Their idea of celebration is to go to a stranger’s house and drink probably way more than six beers. They will pick up cell phones that don’t belong to them and initiate conversations with the stranger calling. They are scum.

Okay. I’ll stop. Perhaps some of you will recognize the above as a pastiche of W. Somerset Maugham’s famous review of Kingsley Amis’ groundbreaking 1950s novel “Lucky Jim.” While this bit of frippery on my part may be useful in explaining my curmudgeonly attitude, as a reviewer of a certain age, toward a film about a twenty-something dude trying to “find himself,” it’s also unfair. Not to “Big Significant Things,” but to both Maugham and “Lucky Jim.” “Lucky Jim,” after all, is a comic masterpiece. And “Big Significant Things,” which has more in common with a more recent and largely lesser novel called “Indecision,” is not. The movie begins in Oxford Mississippi (announced in an attractive splashy postcard-like graphic, as are the other locations of the film) at the site of the “World’s Largest Cedar Bucket.” An African-American young fellow is sitting near it, and in ambles Craig, who asks him to take a picture of him standing in front of the barrel, and peppers the kids with questions. “It’s a barrel,” the kid finally says, exasperated. By the end of the movie, one is apt to share his exasperation with Craig. And the movie’s less than an hour and a half long.

Harry Lloyd looks a little like a very young Anthony Perkins, and sometimes he’ll cock his head in a way that Norman Bates did when he felt a low-level social stress coming on. But Craig, while he’s engaged in all manner of deceit, never resorts to Norman’s extremes. He’s supposed to be in San Francisco, helping his future wife buy a place of residence. Instead, he’s ditched his old job a week early and embarked on a road trip in the American South, visiting sites that advertises themselves as homes of the world’s largest largely impractical objects. Giant cedar barrel, giant rocking chair, etc. As he explores cheap motels, catatonically listens to his car radio, makes cell phone calls to his best male friend unsuccessfully trying to inveigle him into meeting up somewhere, we are meant to find an affinity with his restlessness. Craig’s a fellow who seems to have it made, but he’s obviously feeling trapped, and wants to run away. But he’s not sure of that, either.

He begins to lose whatever sympathy he’s garnered when he’s on the phone lying to his teeth to his affianced, and then making passive-aggressive advances to a free spirit girl from Norway which he will subsequently (spoiler alert) decline to seal the deal on, as the current parlance would have it. When he gets pissy with his girlfriend for making an offer on a house without consulting him, she responds, “For the record, you could have been here, but you’re not.”

Conflicted male masculinity in American has certainly gotten a lot more wussified since Jack Nicholson portrayed it in “Five Easy Pieces,” that’s for sure. Bobby Dupea was in many respects a thoroughly deplorable character, but he sure as hell wasn’t wishy-washy. Craig is, and wishy-washy looks particularly bad on a lying weasel, which he also is. There’s a slight sense that Reisberg’s aware of this: even the people with whom Craig ostensibly gets along with on his journey tend to give him a fair amount of side-eye. But honestly, I think I’ve had enough of American Male Existential Crisis in film, period. Unless you’re as good as Antonioni (who, we should recall, treated anxiety in BOTH GENDERS over the course of his career) you really shouldn’t bother. Or—here’s an idea—if you’re gonna make a film about an American Male In Existential Crisis, you ought to, in good faith, pledge your production troth to make two female-directed pictures about American Girls or Women or what have you. Let’s get a little variety going in this mofo, shall we? 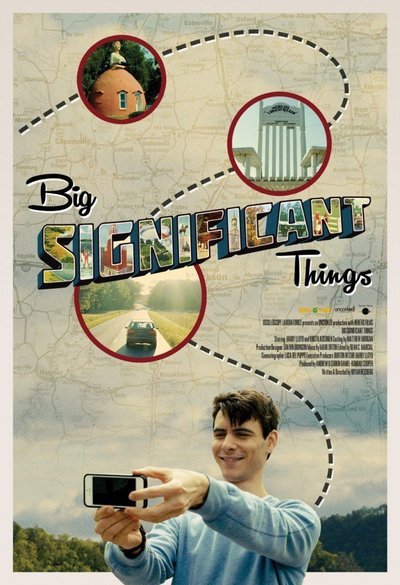