Envision a film that combines the perpetual do-over premise of “Groundhog Day” with the smug high-school alpha femmes of “Mean Girls.” Then imagine if it had about 85 percent fewer laughs than either comedy but 100 percent more scenes that will likely engage your tear ducts.

That is “Before I Fall” in a nutshell. Right off, I was ready to embrace any movie based on a popular young-adult novel that doesn’t involve a dystopian universe and instead traverses an adolescent minefield. Also, the fact that the adaptation of a bestseller by author Lauren Oliver has both a female screenwriter (Maria Maggenti) and director (Ry Russo-Young) had me stoked. Attention, studios: This is how to ensure there is an honest emotional core in a story aimed primarily at teen and tween girls, one that doesn’t pander or preach and avoids over-villainizing its characters, even if a cliché or two sneaks in.

The tone of this supernatural melodrama is decidedly serious and somber, as is the chilly blue-gray color scheme that suits the damp, woodsy and mountainous Pacific Northwest environs where pricey contemporary mansions are plentiful and the views are spectacular. A voiceover tells us, “Maybe for you, there’s a tomorrow. But for some of us, there’s only today” before observing high-school senior Sam Kingston (Zoey Deutch of “Vampire Academy”) awaken at 6:30 a.m. on Feb. 12 to a pop ballad playing on her phone (no, not “I’ve Got You Babe”). She ignores her parents and berates her cute little sister before rushing out the door to hitch a ride with her queen-bee BFF Lindsay (Halston Sage of “Paper Towns”) as they proceed to pick up the rest of their privileged pack, smarty-pants Ally (Cynthy Wu) and wild-child Elody (Medalion Rahimi).

While in an SUV, it is revealed that Sam has an appointment to lose her virginity that night with boyfriend Rob (Kian Lawley), an event for which Elody handily provides a condom. The rite of passage will be a capper to “Cupid Day,” a rather cruel yearly custom (sure to make those not with the in-crowd feel like crap) that involves students sending roses with special notes to one another. No one can blame the outspoken class lesbian (Liv Hewson) when she declares the custom to be “heteronormative hell.”

Sam, of course, makes out like a bandit with a sizable bouquet. But even though love should be in the air, the foursome can’t help but taunt their favorite punching bag, a crazy-eyed artistic misfit named Juliet (Elena Kampouris) who hides behind a veil of unkempt hair. Meanwhile, Sam gives the cold shoulder to one rose-giver, Kent (Logan Miller), who we eventually learn is a childhood friend that she now ignores despite his obvious infatuation with her.

The action culminates at a rainy-night kegger held at Kent’s adult-free house, where matters go from bad (Rob, who turns out to be a drunken lout, spends the night barfing in the sink) to worse (Lindsay verbally attacks and throws beer at Juliet after being called a “bitch”) before becoming truly tragic (the quartet of gal pals all appear to die in a crash when the vehicle flips over after hitting an unseen obstacle).

Suddenly, we witness Sam waking up—same time, same day, same song—again. And again. And again. At first, she is in denial as if she had a dream. Then she and her friends stay away from the party and avoid having the accident. But she still must repeat the day. Then she grows angry, dons an overtly sexy dress and acts out in whatever way she wants, no matter how hurtful or inappropriate, since there will be no lasting consequences. However, it will eventually dawn on Sam that maybe she needs to look outside herself and make some tweaks in her interactions with others, including her parents, sister, friends and those she has treated indifferently or even bullied.

The specifics behind breaking this repetitive cycle are never made perfectly clear and that could prove frustrating for some. But with her long reddish-brown hair and delicate pale features that recall those collectible Madame Alexander dolls along with some nicely tempered acting, Deutch makes us care about the fate of Sam and her companions. She and Miller also capably create sparks together while providing some of the film’s most touching moments. But romance isn’t the key to this puzzle. Sisterhood is. And bit by bit, Maggenti's screenplay delivers just enough motivational history for even the nastiest of the key players so that we don’t dismiss them out of hand while understanding that they, too, are dealing with pain.

I applaud whoever thought of casting Jennifer Beals as Sam’s mother, the lone grown-up who has any real impact. I don’t know if it was intentional but I found it amusing that Sam’s sleeping attire includes a T-shirt whose neckline is ripped just so—perhaps a throwback to that sweatshirt with a fashionably torn collar that enabled a noteworthy scene in “Flashdance”? It is also clever that the only teacher onscreen is giving a lesson on the myth of Sisyphus, who was forced to roll a rock up a hill repeatedly. And, yes, it is amusing when the lecturer tells his class that Sisyphus does not refer to an STD. That is, at least the first time he says it. 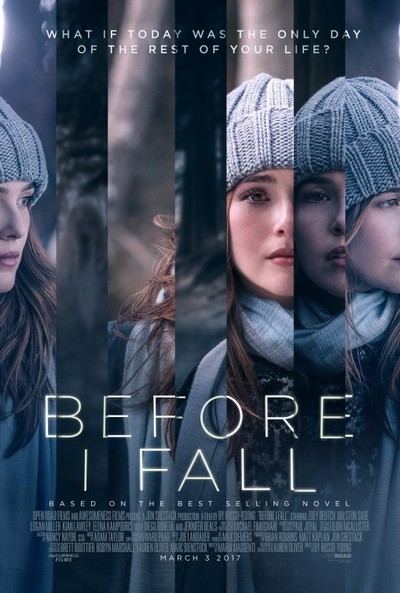