Battle of the Year

Amidst the arsenal of clichés deployed in "Battle of the Year," the one that stands out most is: "Change how you think, change your life." This call for self-actualization would make sense if "Battle of the Year" wasn't cobbled together from various sports movies' used parts.  It's about a group of American breakdancers who train to compete in an annual dance competition, but if you replaced the film's dance scenes with footage of competitive air hockey, curling, or marsupial unicycle-racing, it would still be the same movie. This wouldn't be a problem if the storytelling and direction were better, but we'll get to that in a moment.

At the start of "Battle of the Year," Dante's group is a cluster of forgettable stick figures; by film's end, it's a homogenized group of stick figures. All of the trials they face together are canned, and they're easily solved because they're never developed. Stacy (Caity Lotz), the group's choreographer, creates sexual tension when she appears, then takes it with her when she vanishes from the film. Brown's Rooster has a major rivalry that gets neatly resolved, whereupon he conveniently vanishes, too. And what's the deal with Franklyn (Josh Peck), Jason's assistant coach, and a guy whose only distinguishing characteristic is his Jewish-ness? The film cracks a few jokes about this early on—apparently, we Jews are "stripped of our swag at the circumcision"—but it, too, is dropped. Maybe the inevitable Direct-to-Video sequel will feature a middle-aged narc breakdancer who makes peace with a pot-dealing breakdancer, a militant feminist breakdancer who finds herself a nice boyfriend breakdancer, and a conflicted Buddhist breakdancer who attains breakdancer Nirvana, then vanishes.

The choreography may be sophisticated, but it's hard to appreciate because the dance sequences are indifferently covered with multiple cameras rather than thoughtfully directed. None of the star dancers really get to show off, individually or as a group, because the average shot during these performances lasts about 1.5 seconds. The movie's inability to showcase its greatest asset, the grace and control of its dancers, is its most conspicuous failing. If it had done right by them in this one way, its other shortcomings might not have mattered. To put it in Clichénese, the only language "Battle of the Year" knows, the creators' hearts just weren't in this thing. 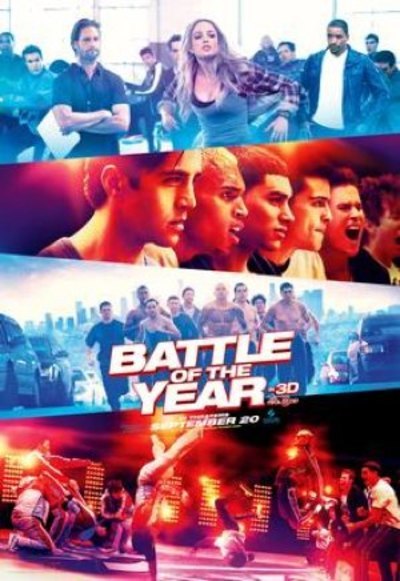 Terrence Jenkins as Himself