With her debut feature, “Bang Gang,” Eva Husson captures the restless rhythms of adolescence—the push-pull of angst and boredom, of self-consciousness and the yearning to lose oneself completely.

The French writer/director has crafted an intimate snapshot of the modern life of privileged teens; the full title is, rather cheekily, “Bang Gang (A Modern Love Story),” although very little of it has to do with actual love. Thematically, Husson’s film most obviously calls to mind Larry Clark’s “Kids,” while stylistically, it appears Husson is borrowing from every movie Sofia Coppola has ever made. (The filmmaker herself says in the press notes that Paul Thomas Anderson and Lars Von Trier were major influences; meanwhile, there’s one specific image straight out of “The Graduate” that’s become a cinematic shorthand for expressing youthful isolation.)

But just as her camera roams about and the teens freely shuffle among partners, Husson’s story meanders in narrative perspective, and that lack of focus ultimately gives “Bang Gang” a feeling of emptiness. As it builds to a climax (if you will), her film should have been gripping; instead, it ends up feeling like a melancholy glimmer.

At the start, though, it couldn’t be more vivid or alive. 17-year-old Alex (Finnegan Oldfield) wanders around his massive, trashed house as girls make out with each other, guys play naked foosball and people of both sexes cavort in various positions as electronic music thumps. Flashing back two months earlier, we learn the origin of these wild parties; they basically started as an attempt to make Alex jealous.

The beautiful, blonde George (Marilyn Lima), a pouty-lipped sexpot in the tradition of Brigitte Bardot, slept with Alex one day after school while their mutual friends Laetitia (Daisy Broom) and Nikita (Fred Hotier) watched. With his divorced mother away in Morocco for nine months, the wealthy Alex is alone and taking advantage of the freedom. (This extends to his downtime, in which he gets high on the couch and absent-mindedly watches rhythmic gymnastics on TV.)

But he’s also a callous, serial womanizer, and so when he repeatedly ignores George’s texts and calls, she finds a drastic way to get his attention: by suggesting an all-dare version of Truth or Dare during one of their clique’s afternoon hangouts. It starts innocently enough but quickly escalates, leading to a members-only website and private, explicit Instagram photos and videos, all connected by a catchy name: The Bang Gang.

Even before the group gropes begin, Husson is rather matter-of-fact about what must be a generational comfort with nudity, sexuality and pornography. These kids are quick to strip down and go skinny-dipping or wrestle on the beach, as if the sheer tension of being a teenager is enough to make them want to explode. Meanwhile, all around them, a heat wave is rising and on the news there’s nothing but reports of train derailments and violence. Husson makes the pressure palpable from all sides.

A supporting character, the introverted, aspiring musician Gabriel (Lorenzo Lefebvre), finds his own sense of release by thrashing about at secret dance parties until both George and Laetitia drag him into visiting the Bang Gang. Being the film’s voice of reason and the most mature one of the bunch, he finds it all appalling. And aside from the sultry George, he’s the most compelling character in the film because he’s been afforded some actual complexity.

Husson herself, however, doesn’t seem to be judging any of these kids for their actions. While several of them suffer some form of consequence for their recklessness, it doesn’t feel like punishment but rather part of the learning process—just part of growing up. And there will be no slut-shaming here, even though female promiscuity abounds. As the club’s initiator and one of its most fervent participants, George is a strong young woman who consistently makes decisions for herself—up to the film’s very last shot, which offers a vague glimpse of hope and even romance. 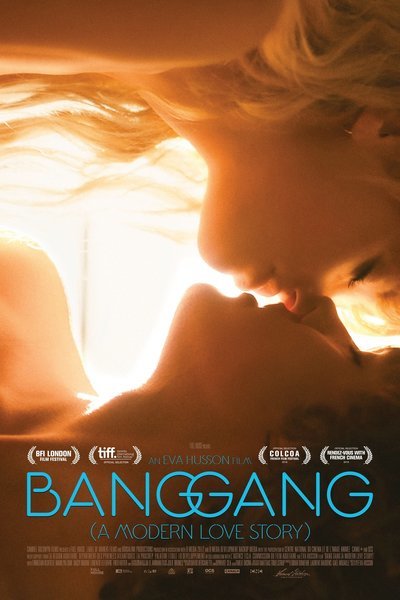